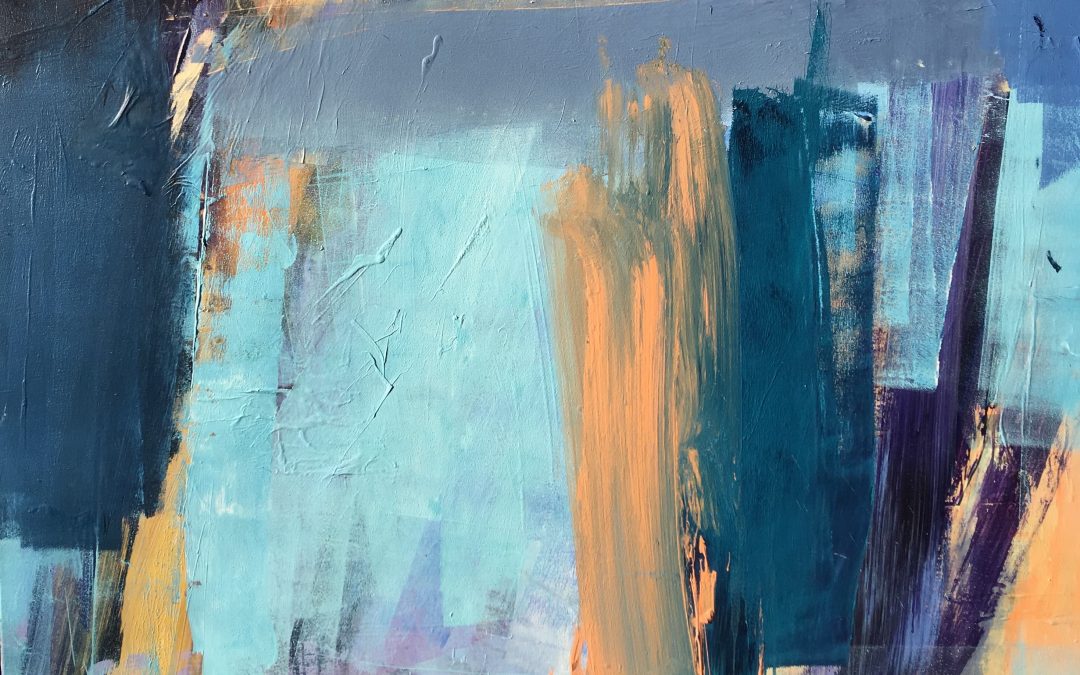 (Featured picture is a Detail from “Crow Link” Deborah Lanyon, March 2020 – see below for the full version.)

“The first definition, and certainly the more controversial, is that art is meant to challenge the status quo. One of the best quotes on this subject comes from Banksy himself: “Art should comfort the disturbed and disturb the comfortable.” Basically, if it isn’t pissing people off, it probably isn’t really art.”

I don’t usually open by discussing the day’s epigram. In fact, I do wonder if anyone actually reads them. I enjoy using epigrams for a variety of purposes. They can open up the content of the text, they can be a rhetorical question about it, they can be an allusion to the context or my thought process or they can just be a joke with reference to the text. In these Blogs they are, to some extent, throw aways but I took them very seriously when writing ‘Never Quite The Insider’. Every one was from a book, a poem, a lyric or something I had actually engaged with, many jotted down in diaries over the decades, and they are one of the aspects of the whole project of which I am most proud even though I have had virtually no comments or feedback about them.

I chose today, specifically to put up some paintings by a local artist Deborah Lanyon who is a friend of mine. I wanted to post them at some point because I am aware that artists of all kinds, and I include actors, musicians, performance artists and so on as well as visual artists are having a hard time during this crisis. There is obviously the financial hardship caused by cancellation of gigs, shows, tours and so on but I know some of them are struggling with the emotional and psychological impact of the emergency too. There is no doubt that the residual, background stress comes not just from monetary pressure or from lock down fever but the sense of the unfolding multiple tragedies around us all has some more subtle, almost spiritual, impact. One symptom of this I believe is that many friends have admitted they find concentrating very difficult. I should be writing my follow up book yet I find the Blog allows me to be active, I hope you will allow creative, without the application necessary for a more substantive project. I also find it difficult to focus on a serious book or even a longer film as shorter bursts of concentration on less intense activities is easier to handle somehow. Anyway, I chose today to show Deborah’s paintings because of the weather. That may sound a bit weird but it was clear from the forecast that today was going to be a grey, rainy day in contrast to the period of sunshine we have just enjoyed. I anticipated that this might make my mood and maybe yours gloomier than of late. Given that I would suggest we are more disturbed than we might normally have been pre-Covid I refer you to the Banksy quote that forms part of the epigram. My emotive response to Deborah’s painting, which as it is broadly abstract may not be the same for everyone, is more comforting than disturbing. That is not to suggest her work does not provoke challenge as I do find it thought provoking but her use of colour and light I tend to find more emotionally uplifting than say Mark Rothko.  I particularly find this first painting suggestive of the possibility of lighter days to come.  Feel free to make up your own mind. 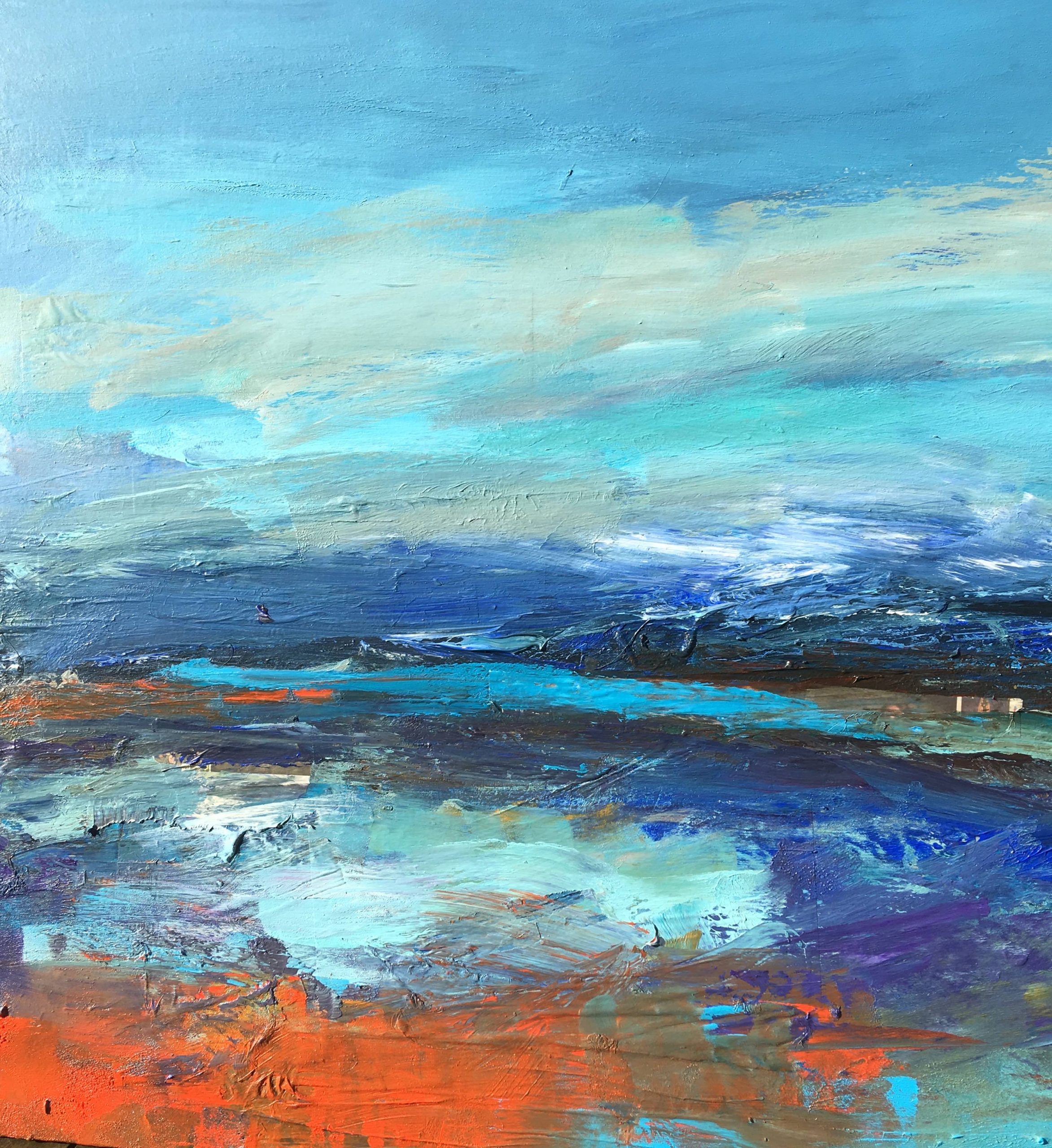 Deborah is currently finding Richmond Park as the place where she can escape and seek inspiration. She admits to appreciating it as never before. In response to this crisis her Agent has created a space for artists to place their work at more affordable prices with the hashtag #ArtistsSupportPledge and you can find it at the bottom of the page. Deborah has put a couple of her recent Richmond Park pieces there. I also include her own Website. 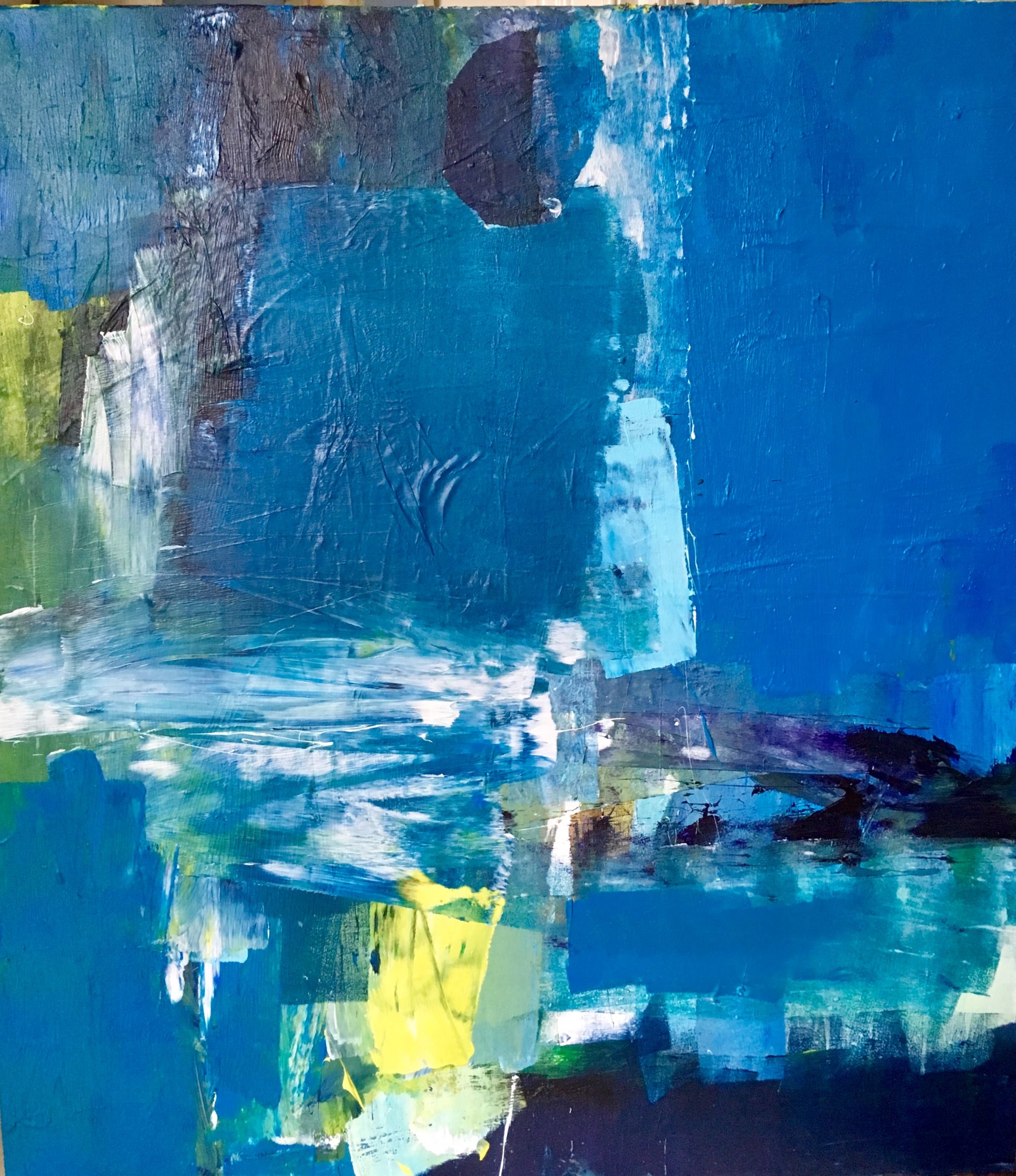 Meanwhile, on the Vinyl front………… 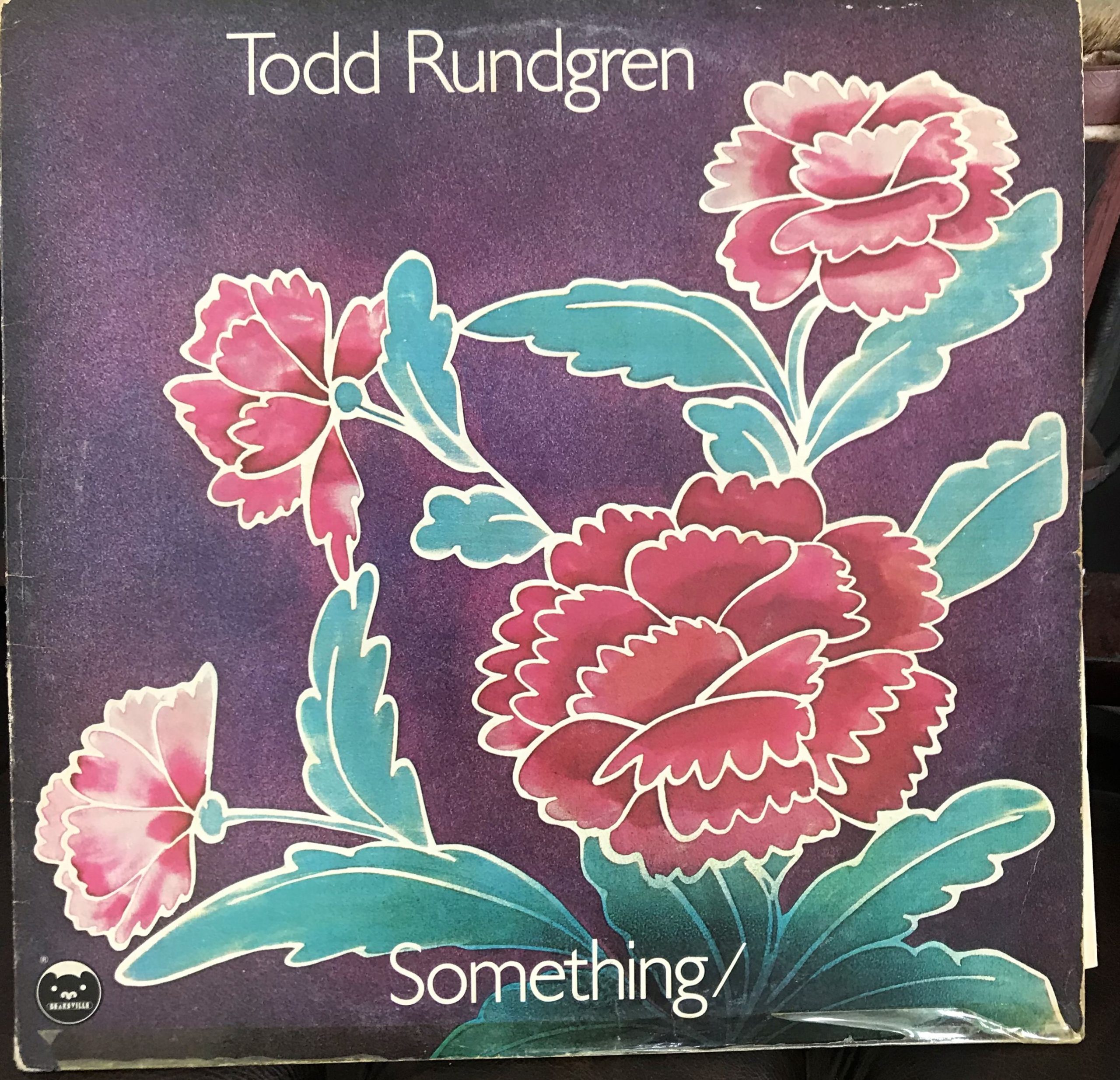 “Something / Anything” (the ‘Anything’ is on the reverse) is a double album that came out in 1972 by singer songwriter Todd Rundgren. I am not sure why I bought the album or when or where but probably around the time it came out – possibly influenced by the track “I Saw The Light” that got some chart success as a single. The album is full of singable melodies with ostensibly light lyrics though with Rundgren subversion is never far from the surface. Apparently he got really pissed off that some reviewer called him ‘a male Carole King’ but there is no denying the accessibility of most of the album. For three out of the four sides he played all the instruments so there is no denying his ability. However, afterwards he moved away from a commercial sound and also did more production than performance and I kind of lost track of him. Certainly though artists since then have referred to the album as influential. I leave you with his words from the track ‘Sweeter Memories’ that sums up the mood of the day.

For Deborah’s agent Joanna Bryant and #ArtistsSupportPledge with the chance to buy affordable paintings from Deborah and other Artists please visit https://www.joannabryantprojects.com/artists/artists-support-pledge/

A full version of Deborah’s “Crow Link” as per the featured link picture. 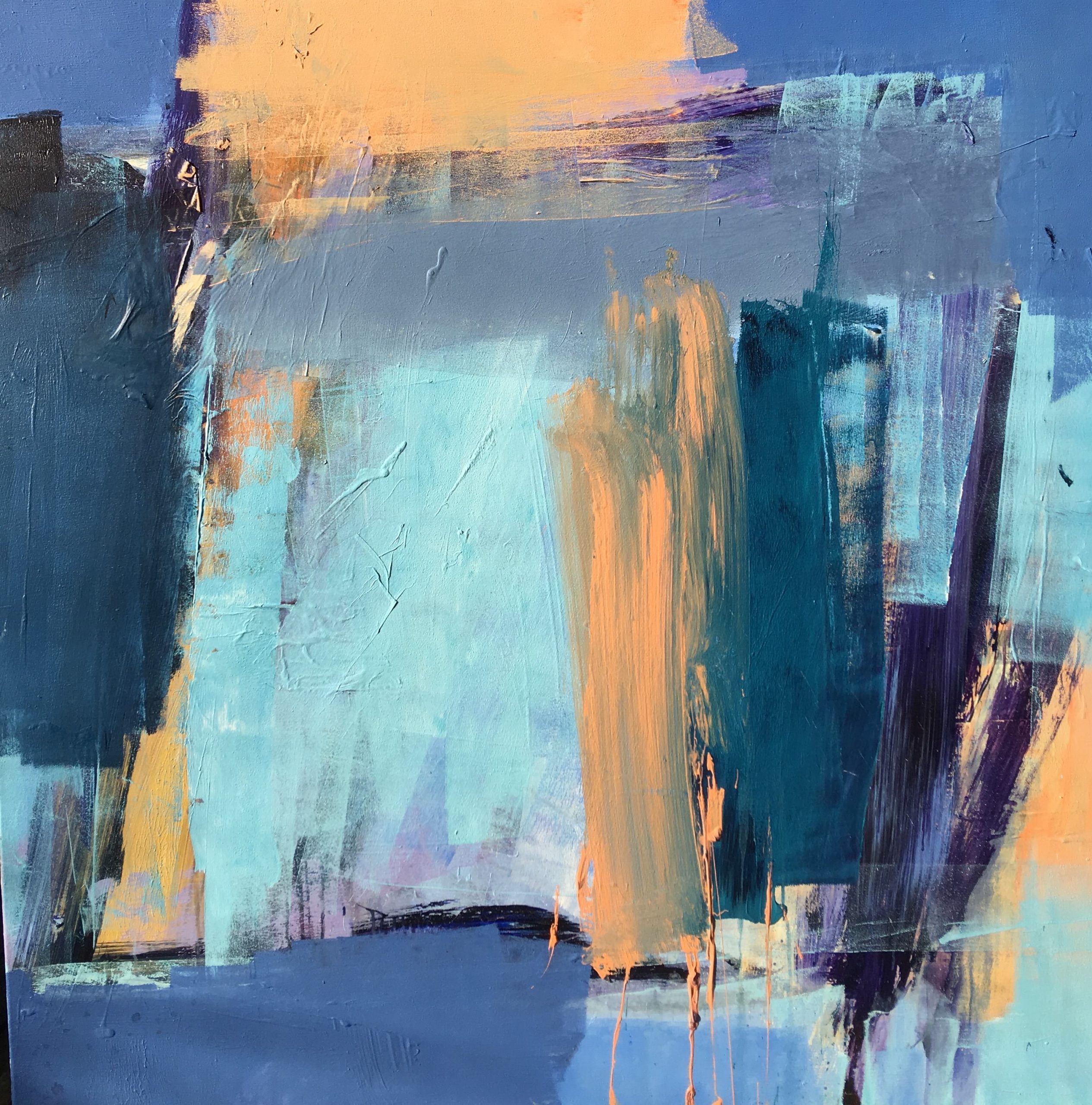