Never Quite The Insider.

“Everything I did wrongly was for experience. That’s how I see it.  Once a man is looking for a better knowledge and he tries to be honest and truthful in all endeavours, then his life is just an experience. It cannot be a regret”.
– Fela Anikulapo Kuti, quoted in “Fela: This Bitch of a Life” by Carlos Moore.

So many people told me over a glass of something that I should document some of the ‘strange but true’ stories that have built my familiarity and the uniqueness of my experience with Nigeria. Gradually, these have morphed into the hybrid that is “Never Quite The Insider, A Memoir”.

I chose this particular phase of my career as it provides a definable period of time and with three contrasting sets of challenges. Each role has unique characteristics while they all have the connection of being in the Nigerian setting. Although the detailed focus is on three discrete periods, understanding them would not be possible without some explanatory background, so I have included the personal and historical context of each.

The first period July 1999 to November 2000 documents what happened to one of the old colonial trading houses, finally brought to its knees by corruption and mis-management. By the time I joined John Holt it was already an unrecognisable shell of its former self and still being ravaged by the inability to understand that the world has moved on from a time when a small number of white men could treat those around them with impunity. In case anyone is in any doubt, corruption, theft, fraud, abuse of position and so on are not the sole preserve of Nigerians. Superficial accounts of visits to Nigeria make frequent references to the Nigerian ‘culture’ of corruption. First, it is not a ‘culture’ and secondly, in any case, this is a wild over simplification. John Holt is a case study of the damage done by corrupt and incompetent white people. The key themes for my tenure in this period can be split into two. Managing a loss making business with the attendant structural and commercial issues would have been enough of a task. However, managing upwards with regard to the politics of corruption and deception tainted every decision I needed to take and ultimately, after I blew the whistle, brought this period to a shuddering halt.

The second period November 2000 to February 2002 reflects a contrasting set of challenges. International Equitable Association or “IEA”, being sited in Aba, Abia State, threw up encounters that would be much less likely in Lagos where broadly the rule of law is in effect. To many, Aba, is the ‘wild, wild east’ and a sharp intake of breath and a new look of respect are the usual response when I tell people that I spent close to two years there. One of my closest Yoruba friends, when telling me why I could not expect him to visit while I was there, actually said, “Keith, you know they still eat people there right?” Some of the key themes here were attempting to stay balanced between commercial and personal survival and understanding a whole new depth to local ethnicity, tribalism and shareholder interference and conflict. This period had a profound impact on my cultural insight, gave me confidence when taking on the next, far bigger role and delivered genuine local credibility.

The third period March 2002 to October 2005 is another story altogether. Guinness Nigeria Plc., now a subsidiary of DIAGEO Plc., is a high profile multi-national with international brands. The challenges here were more complex and involved the culture of a domestic business with the offshore politics and overseas management from a head office that was not necessarily focussed on the same priorities as the local shareholders. As global group processes were increasingly being standardised there was less and less room for a reflection of local Nigerian culture and tradition. For a typical expatriate implant on a three-year contract this might not raise issues but as a long-standing ‘African hand’ I have developed strong beliefs on how international firms should behave. For me, respect for the community of local stakeholders allied to the responsibility that western businesses should have in these circumstances is a Sine Qua Non. This often put me at conflict between my own values and the increasingly pan-Atlantic dictat of the majority shareholders and ultimately led to what was effectively my dismissal.

To some extent this book then is a hybrid. It is part a ‘business’ book in that it describes how I ran three specific businesses and encountered a set of managerial and commercial challenges. Many of these would be recognisable to managers anywhere in the world but others would only be familiar to those operating in places usually described as ‘the developing world’, including Nigeria. I have laid out my views of best operating practice and contemplated some of the sensitive issues in areas often considered controversial. In part it could be considered as a ‘travelogue’ as it depicts a view of Nigeria from the position of a sightseer. Aspects of it can be seen as a guide for new expatriates or travellers as there is a vein of a struggle to understand cultural insights and relate those to the circumstances I was in. Finally, it is part autobiography. While I have avoided too much reference to my personal life unless it is relevant to the issue at hand it is nonetheless my account of my experiences. Relationships have always been critical to my well-being and throughout my time in Nigeria they have kept me balanced so it is inevitable they will play a part in my story. Other witnesses to the same incidents might have different recollections or interpretations which might be at variance and which might be equally valid. These are mine.

Sign up below to get notified when the book launches!

Never Quite An Insider. A Nigerian memoir.

There are no reviews yet.

Be the first to review “Never Quite An Insider. A Nigerian memoir.” Cancel reply 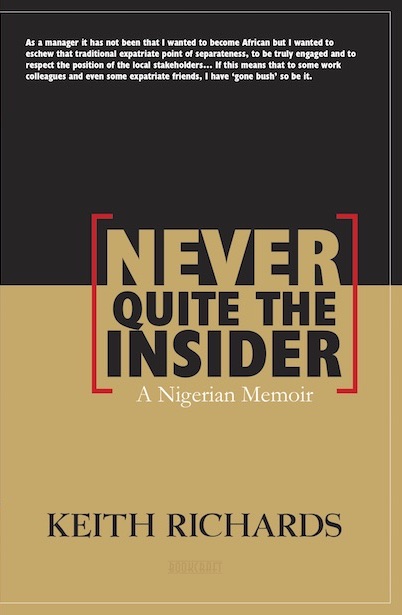 From 2005 to 2007 I wrote a weekly column for the Nigerian BusinessDay newspaper called “Outsider Inside”. The columns were a mixture of business, social comment, humour and, inevitably, politics – all pre-dominantly though not exclusively, Nigeria focussed. It says a great deal that reading them now nearly all the issues I discussed are still unresolved and it is the same tired old faces that dominate politics. In 2009 Bookcraft published a collection of the Columns which is available here for Fifteen Pounds including standard postage if you are in the UK or from various outlets and online from Bookcraft in Nigeria.

The collection received positive views and there are one or two of the social commentaries that I am still proud of. Check out:

Keith Richards’ Outsider Inside is a glittering paradox of the Nigerian story.

There are no reviews yet.

Be the first to review “Outsider Inside” Cancel reply 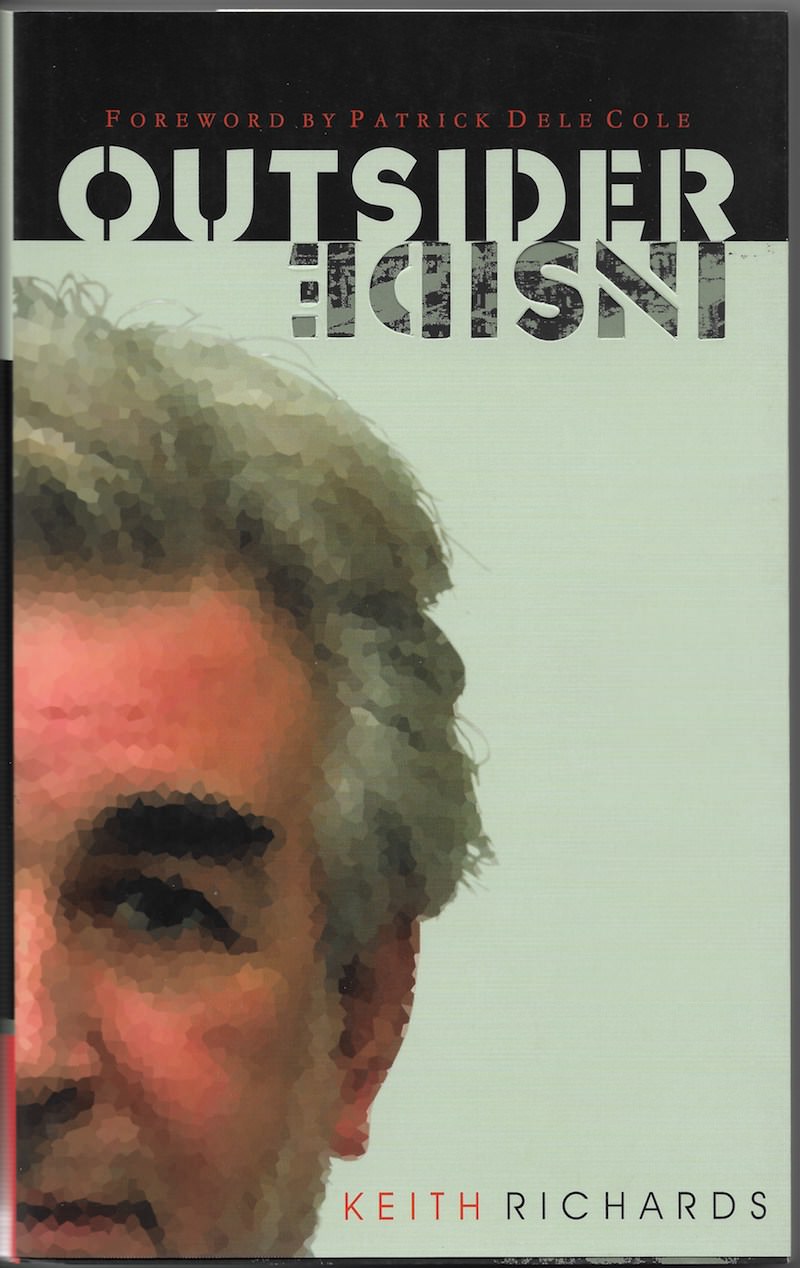