Chiswick Confined – Getting Back To Live Music

Chiswick Confined – Getting Back To Live Music 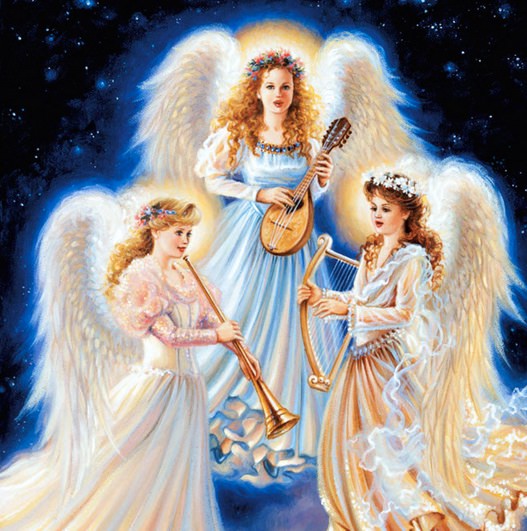 Why Does The Devil Have All The Best Tunes?

“One good thing about music, when it hits you, you feel no pain.”

Live Music! It’s a joy on any occasion but after missing the delight of the shared enjoyment of sitting in a room with like-eared folk, supping beer and wine and engaging with sounds coming from real people instead of flickering screens, a proper gig this week was just shivers down the spine time.

Suddenly, there’s a skip (metaphorically for those of you that know me) in my step: a skip of hope, really. I have two socially distanced live theatre evenings booked, including Becket’s ‘Happy Days’ at the newly refurbished Riverside Studios in Hammersmith. That in-itself signifies hope as it reopened after a major rebuild in 2019 but has been shut almost all the time since then. A gig at Jazz Café that has been postponed twice has been given a new date. I have a walking holiday with my sons and some mates in Yorkshire arranged and eagerly awaited, while other excursions are rapidly filling a diary that for months has only contained entries commencing with the words ‘zoom with’, ‘walk with’ or finally, ‘vaccine appointment’. In addition I have been able to visit ‘Executive Mama Put’ Nky in her restaurant Pitanga as well as eat and drink inside at The Raven.

Yet, along with that hope there remains nagging doubt and apprehension.

Let’s Not Ruin It!

The first trepidation is that we people do not screw it up. Certainly, we can have a stronger degree of confidence now that such a high percentage of the population has had one or two vaccinations but over-confidence is not to be encouraged. The unseasonal wet and cold weather has probably been a blessing, though I would not have said that while sitting in a pub garden with rain plopping into my pint during the last bank holiday. It has probably helped damp down the socialising surge (no pun intended) as any evening stroll along Chiswick High Street shows reasonable footfall and much alfresco dining it has not been too manic. Most places I have been in or peered into seem to have well distanced tables and, judging by the gaps, there is still some reticence towards sitting inside. Yet, there have been exceptions. One pub, The Express, by Kew Bridge station, made me so uncomfortable that I gave up a booked table and walked out. In their desperation to make money the tables were so close I felt that the people next to me might as well have been sitting on my lap. I have also heard that from fellow concerned customers their gent’s toilets are like Piccadilly Station. I know places need to recoup their losses but encouraging the next wave will not help their long term financial recovery. Fortunately, most boozers I know, including my oft blogged local, have taken the sensible option and ensured a responsible and therefore relaxed environment.

Part of my worry about post lock down behaviour is a reflection of this government’s attitude. Their messaging can still be unclear and their attitude towards airports and foreign travel is ambivalent and confusing. It is clear that delays in closing down airports contributed to the first spike and I do not understand why it took so long to restrict travel from India this time. Well, I do understand of course. For this rabid government political considerations outweigh the humanitarian so cosying up to fellow populist Modi was more important than protecting vulnerable people.

Talking of India, this brings me to my second niggling fear: new Covid mutations. For recognised reasons, two West London Boroughs are designated areas of concern for what have been dubbed the ‘Indian variants’. In fact, government advice, without any discussion with local councils nor any explanation, now “urges” people not to travel in and out of affected boroughs. Chiswick, where I live, is in the Borough of Hounslow so what the fuck am I supposed to be doing? My nearest supermarket and my local pub are within 1,000 steps but are in the next borough of Hammersmith. So, straw haired clown of no brain, what’s your thinking here? No one knows.

There are, as I write, some 3,000 cases of the variant in the UK and rising. There is still some doubt about how much more contagious it is and how effective the current vaccines are against it. It seems the government and the scientists believe there is currently no need to be alarmed but we have heard that before so that gives me no confidence whatsoever. What it does mean is that I harbour a residual fear that my plans over the next few months will fail to come to fruition.

The possibility of new variants is also playing in the minds of responsible hospitality providers. As Chairman of Old Isleworthians RFU I have been part of the team assessing the protocols for returning to full contact training, opening the club-house bar and allowing use of showers and changing rooms. Apart from our ‘rugby section’ we have cricket and football and each group gets conflicting advice from their constituent bodies. While our players’ facilities are compliant according to some guidelines they do not conform to the rugby authorities’ so they remain closed. In addition, if we do allow showers after training, for example, the cleaning protocols are expensive and administratively heavy. I am sure that volunteer committees running sports and social clubs all over the country are grappling with these same issues. Inevitably, there is pressure from younger members desperate to get back to playing the sports that keep them physically and mentally healthy while at the same time; older and family orientated members are calling for caution. However, what was a joy was the reopening of our Clubhouse bar on Friday to coincide with a Vet’s (over 35’s) evening of touch rugby. To see the place full of beaming smiles and happy that our carefully drawn up distancing and serving rules were observed was satisfying. Our Association treasurer and bar committee would have been equally relieved after months of no income.

All that Jazz and other Live music

Meanwhile, back to live music. The Mississippi Swamp Dogs were my first opportunity last Thursday at ‘Jazz at the George IV’, another local pub. Four blokes visibly enjoyed being back to doing what they love best, in front of an enthusiastic and appreciative audience. With a range of good ol’ Southern US classics from Doctor John to Professor Longhair from the funky jazz of the Neville Brothers to the oompapa of the New Orleans ‘trad’ funeral march plus we were treated royally.

The audience’s enjoyment was clearly unanimous with widespread agreement that even if there had been a bloke on stage sawing a log of wood we would have relished it. There is something special about musicians when they are relaxed and comfortable and performing timeless music in a laid back environment. I am hopeful soon that mate Ed Emeka Keazor’s new High Life inspired band will be able to play a mini gig round my place soon.

So, when there is live music to be had, there is hope. Hope, and that it is all it is at this stage, that we can start to think about putting the crisis behind us – at least, in this fortunate country. Hope that, although the virus will be forever with us, we have sufficient protocols and science to keep it at bay. Hope that I can turn my creative juices to writing something that is not called “My Corona”. I have been writing this blog for about fifteen months and it has appeared in the Chiswick Calendar for around ten so I think, and hope, that it is time to move on. Next week’s will therefore be my last blog in the Corona & Chiswick Confined series either for Chiswick Calendar or on my own website.

However, there is always time for a musical treat. The first song by Mississippi Swamp Dogs was by my favourite New Orleans band, The Neville Brothers. Formed in 1977 by four brothers: Art and Charles (who both have sadly passed away) and Aaron and Cyril who are still performing, The Neville Brothers are not classic New Orleans Jazz but have influences from that genre as well as funk, R&B and even reggae. One of their signature songs, written by two of the brothers, is ‘Yellow Moon’ and this live version is from the famous New Orleans Tipitana Club. Check out the closing guitar and sax duet near the end! So loved is the Tipitana Club that they actually recorded a live album there, as did Dr John, Professor Longhair and many others. Who knows, one day my desire for great music may even take me there as it looks like a great venue.

If you didn’t already know the Neville Brothers you might recognise their cover of ‘Way Down In The Hole’ as it was the theme tune of the second of the acclaimed series ‘The Wire’. Each series had a different version of the same song. One version was by the singer-songwriter Tom Waits who wrote it in 1987. Now, if there is ever an example of the difference between recorded and live music, this is it. 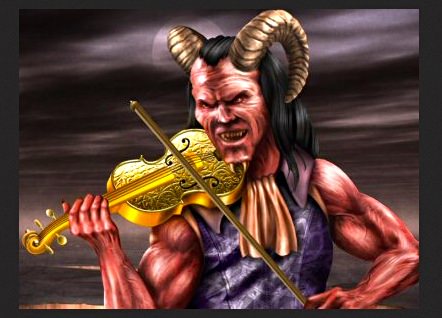 Pearly Choirs or Jazz and Blues, The Devil’s music? I know which one I choose.

Most of the other versions and a simple reading of Waits’ lyrics suggest a traditional gospel message. However, knowing Waits’ propensity for exploring the dark side, this video, which seems to include clips from more than one live rendition, totally changes the focus. The intensity of the singer’s apparent relationship with The Devil seems all so personal. Maybe we all have a dark side to keep way down the hole? Certainly, as any follower of The Blues will tell you, The Devil has all the best tunes.

A version of the blog has previously appeared in https://chiswickcalendar.co.uk/