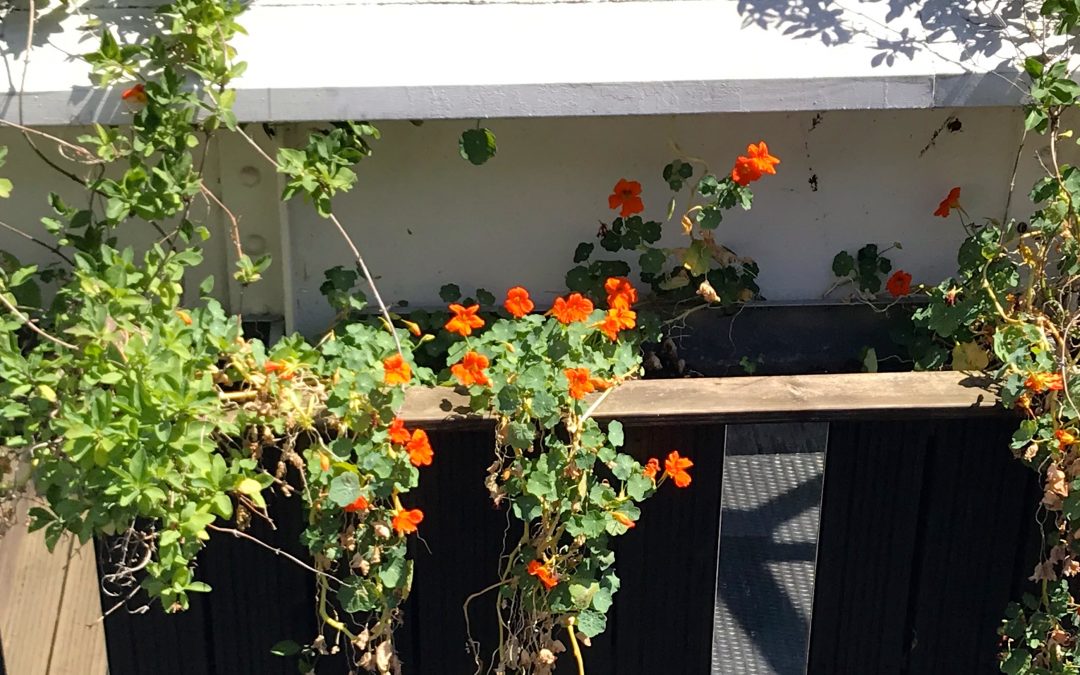 Phew. My last few Blogs have felt pretty intense to write – I am sure that must come across in the reading of them. Who would have thought it? That our introspection and lock down intensity would have been blown apart in such an incendiary manner by the murder of an ordinary man who we had never heard of in a country across the Atlantic? Police brutality and the cheapness of Black Lives in the USA have flickered across the UK’s consciousness from time to time, just as our own racial inequality has flickered across our conscience. Suddenly, our complacencies have been shattered. It really seems to me – and I certainly hope this is true – that the power of the Covid and Black Lives Matter crises will result in life never being quite the same again. Not a superficial ‘new normal’ but something more fundamental. I hope too that it takes in a whole new engagement with the Climate Extinction Crisis.

Suddenly, my ‘hey, look this is what I am doing in lock down today’ blogs seem so mundane though I am feeling the need for a little ‘ordinariness’. Mind you, I was pleased to read on Chiswick Calendar today (that also carries my ‘Colston Blog’ I posted earlier in the week) that there is a local BLM protest on Turnham Green on Sunday. I will be there in my mask and doing my best to keep some semblance of distance.    https://chiswickcalendar.co.uk/black-lives-matter-in-chiswick-too/

Over the last week or so the random Nasturtiums that George scattered in my Patio boxes have provided some colour as the grey clouds (physical and metaphorical) gathered and led me to wonder if the Orangeskinned Bidethead is some kind of plant-based cross over mutant. My Climbing Hydrangeas and Honeysuckle look like they are going to flower soon – hopefully, the next lock down relaxation will allow me to have a few friends round for a barbeque and enjoy them (does a patio count as an ‘outside’ like a garden?) My only regret is that up on about the equivalent of the fourth floor the patio is too high and hidden for small birds (despite a feeder) and for any but the most adventurous of bees (despite a bee box). That reminds me – has anyone else been watching BBC’s ‘Spring Watch’? I started watching the series a few years ago when son Tom spent a few weeks working as a researcher, fetcher and even cameraman for them up in Northumberland. We are all prone to criticise the Beeb politically but it is programmes like Spring Watch that would never be made by any commercially funded alternative. It’s educational value is outstanding. I mean, forget the schools, I sit there in wonder and soak in the knowledge. This spring they have a short ‘mindfulness’ slot where there is nothing but the sound of the nature, with no words, music or commentary. It is like balm to our troubled times. I am one of a group of mates who go for country walks and this year’s annual trip, meant to be to the Peak District, has been a victim of the Lock Down. I normally go by train to wherever we are walking but this year the guys who drive have reported their eyesight does not need testing so none of us have been able to enjoy those moments of appreciation of our countryside.

So, anyway, I mentioned son Tom who works as a Wildlife Filmmaker and thought I might share this link with you. His creative peers came up with the idea of their own spoof Eurovision song contest. Given I have shared both Bill Wither’s ‘Grandma’s Hands’ and some Ian Dury and the Blockheads in this Blog and Tom’s submission is a kind of combination of the two, I thought I would share it. I think it is pretty good but then I am biased.       https://soundcloud.com/tomrichards/wash-your-hands-lockdown-edit 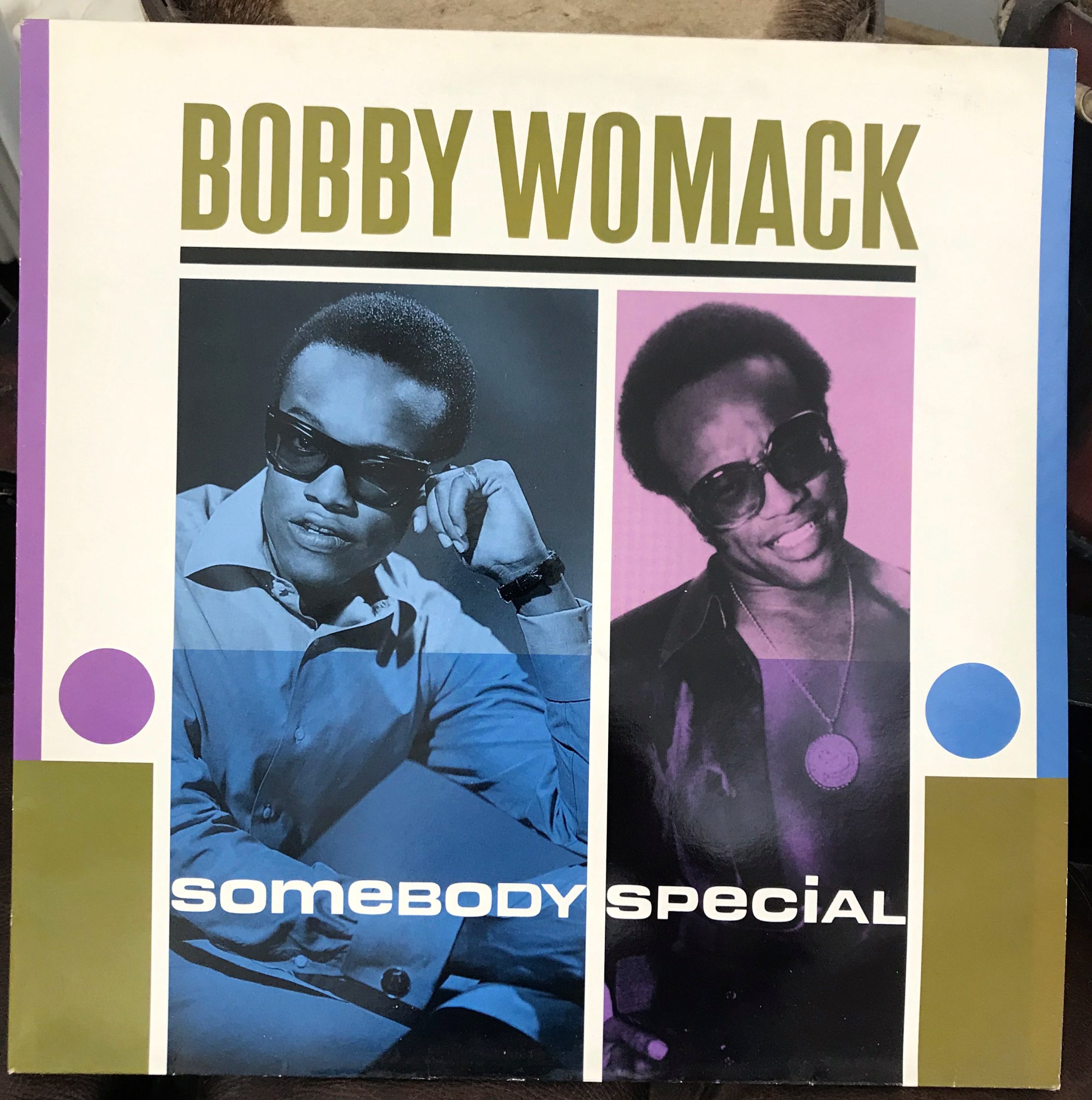 Bobby Womack was one of those guys, (session musician, composer, producer, vocal artist) who bubbled around for years but kind of never quite got the recognition he seemed to have warranted. Maybe it was because he often courted controversy: both families and the industry rejected his marriage with Sam Cooke’s widow very soon after his friend’s death. There were other sexual storms, violence and drug issues throughout his life. Yet his career stretched from composing the Rolling Stones first ever No. 1 “Its All Over Now” all the way to being the voice on ‘Stylo’ in ‘Plastic Beach’ by Blur’s virtual band ‘Gorillas’. In between he wrote and performed any number of hits in various incarnations. There was a strong historical connection with Muscle Shoals, one of the very best Soul, R&B and Blues studios ever. (Do check out the documentary of the same name if you have never seen it and love the music.) This greatest hits type album came out in 1984 when he was embarking on a burst of activity that saw six albums in five years. I kind of developed a taste for him during this period as well as his younger brother Cecil, who married Sam Cooke’s daughter Linda (yeh, all a bit tight-knit) and had a massive hit with “Tear Drops” as ‘Womack and Womack”.

I give you a very early version of ‘Looking for Love’ as performed on the incredible “Love Train” TV show in 1974.         https://www.youtube.com/watch?v=tNjSBkGUOTU

Then in his 1977 homage to ‘Blaxploitation’ movies “Jackie Brown”, Tarantino used Womack’s “Across 110th Street” in the soundtrack. That song tells the story of the Womack family’s disadvantaged upbringing and, as so often, their escape via gospel music. I loved the film, not least for that soundtrack and for the outstanding performances by, Pam Grier and Robert Forster, two actors that the big studios had passed over for major roles.       https://www.youtube.com/watch?v=BQfkfSU7epQ