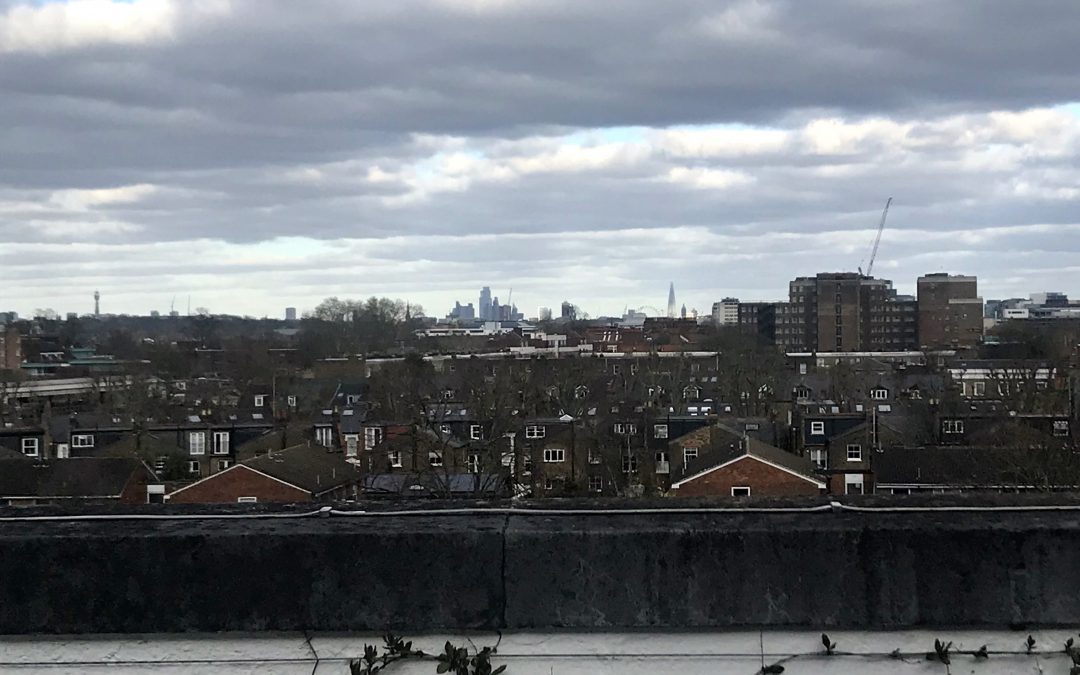 In which our hero looks out of his window and thinks to himself ‘what a wonderful world’.

I see friends shaking hands
Saying, “How do you do?”
They’re really saying
“I love you”

Most famously sung by Louis Armstrong

So, I was actually thinking what a wonderful day for a stroll down to watch the lads play and then have a pint in the bar afterwards. That is what I would normally be doing over a weekend. Which lads and which bar? Well, I went to school at the old Isleworth Grammar School (yes, I am a proper local) now Isleworth and Syon. I was a keen rugby player at school and in 1969 (when I was 16) one Saturday morning just like today I was in the Iron Bridge Pub with some of the other lads after a school match (amazing, in those days most 16 year olds would get served in the pub if you behaved yourself) when several of the Old Boys turned up. The 3rd XV were short of players so a few of us helped out and played our second game of the day. Thus began my relationship with Old Isleworthians RFC, which continues up to today. I played rugby until the mid ’90’s until I moved to Nigeria – where I kept up my engagement by refereeing local sides and being involved in sponsorship. However, this story is not about me it is about Old Isleworthians – the struggle to keep a community sports club going over the years and now with Covid-19. 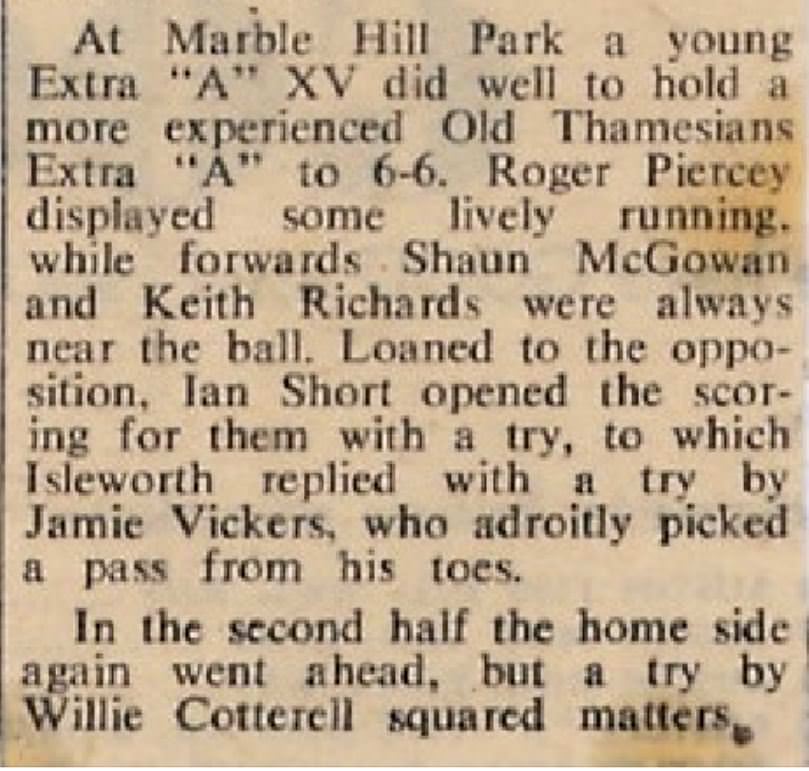 Middlesex Chronicle 16th January 1971. Its not about me but I couldn’t resist posting this!

Isleworthians came into existence in 1902 with the formation of the Old Isleworthians Association Football Club (OIAFC).  There was also an Old Isleworthians social club, known in those days as a “smoking club”.  Both these came together in 1953 as the Old Isleworthians Sports and Social Club (later known as the Association). … For its first fifty years OIAFC had no permanent home …. But after the Second World War, the School raised a memorial fund for those old boys of the School who had given their lives during the war.  It was decided to merge this fund with funds from the OIAFC and the Association with the objective of establishing a Memorial Ground.  To quote from the minutes, ‘Nowhere can the memory of those who gave their lives be better kept green, than in the head quarters of Old Isleworthians.’  ….. in 1948 the Isleworthians purchased an orchard for £600 and a driveway for access from Wood Lane. A group of volunteers cleared the land and erected a clubhouse using two huts bought from the Ministry of Defence (rumoured to have been used for Italian prisoners of war in Osterley Park), and by 1952 it was ready.  * Today there is a rugby pitch by the Clubhouse and a football pitch on land that is leased from St. Mary’s Church with a cricket square between them.

Now, back in my playing days, on a Saturday evening “Old ‘I’s” Clubhouse would be heaving. There would be three rugby XV’s, sometimes four and a couple of football teams. In those days the football lot used Wood Lane and rugby was played at Busch Corner behind the Green School and on a rented pitch in Heston. Apart from the home teams and the visiting rugby teams, who would stay for a few beers and some warm grub, the away guys would return around seven or eight o’clock. The bar was full of compared match stories of missed tackles, crap referee decisions (though the ref’s often stayed and were ‘fed and watered’ appropriately), lucky tries and punch ups (in those days there was usually at least one in a decent match) and it stayed open until ten or eleven o’clock. Everything was run by volunteers and I will never forget the late Tony “Bunter’ Hawkes making sure we all took our turn during the season to do bar duty. So, work took me away to live in Nigeria and on my trips back my focus was my young family. I kept in touch and paid my ‘subs’ but rarely got down the club until I retired and moved into my flat down by Stamford Brook bus garage (right on the 237 bus to Wood Lane). What I found was a very different situation. Rugby was struggling to put out a regular first XV a week and an occasional ‘Vets’. Football too was struggling. Cricket apparently is still strong though most of the players are lads from the local Asian Community, which is great except they are not such drinkers. Why does this matter? Well, the club’s traditional source of income was the bar and with the massive drop in active players there is the consequent drop in revenue. The whole issue of why so many local team based sports clubs are struggling is worthy of an entire article but suffice it to say there has been a huge drop in the numbers of youths playing organised sport in the last decade. I say ‘organised’ because many do play sport but there are more individual based options from the surge in gyms, to less formal five-a-side games and even rock climbing walls. Of course, many do none of these and just stay at home in front of a screen.

Fortunately, the management of Old I’s are an innovative lot and have been able to put into place a number of activities to prop up the income. From leasing the hall to the Learning Tree Nursery, renting car parking spaces to local businesses and the field to a local school, as well as hiring the hall and bar out for local functions, the Club has been put on a sounder footing. Even the management of the bar has changed, no longer relying on volunteers. Simon and Adrianne of The Royal Oak in Isleworth have taken on the management of the Clubhouse Bar and that has drastically improved the organisation, the quality of the beers and financial situation. The Royal Oak is also the official sponsor of the Rugby Club and proudly displayed on the team’s shirts.

Talking of proud. Just as short a time as three years ago we struggled to put out a regular XV and therefore were frequently getting hammered. The Club took the decision to voluntarily drop down two Divisions in the Middlesex Merit Table structure, which improved their ability to compete. This year, under the outstanding leadership of captain Stuart May, we were at the head of our Division with two matches yet to be played when the virus forced the shut down of all sports. As we were mathematically certain of staying on top, Old Isleworthians will be promoted as Champions (there are usually two teams up and down with the second place being decided on Play-offs, which will not happen this year) and we are also in the Middlesex Vase Final that we are told will take place at the start of next season. So, while we are all massively proud of the lads we have not been able to celebrate and even our end of season tour and our Awards Dinner have been postponed. And this is where I am coming to….. the impact of the Covid crisis on our club and so many sports clubs, social clubs, working men’s clubs and so on all over the country. 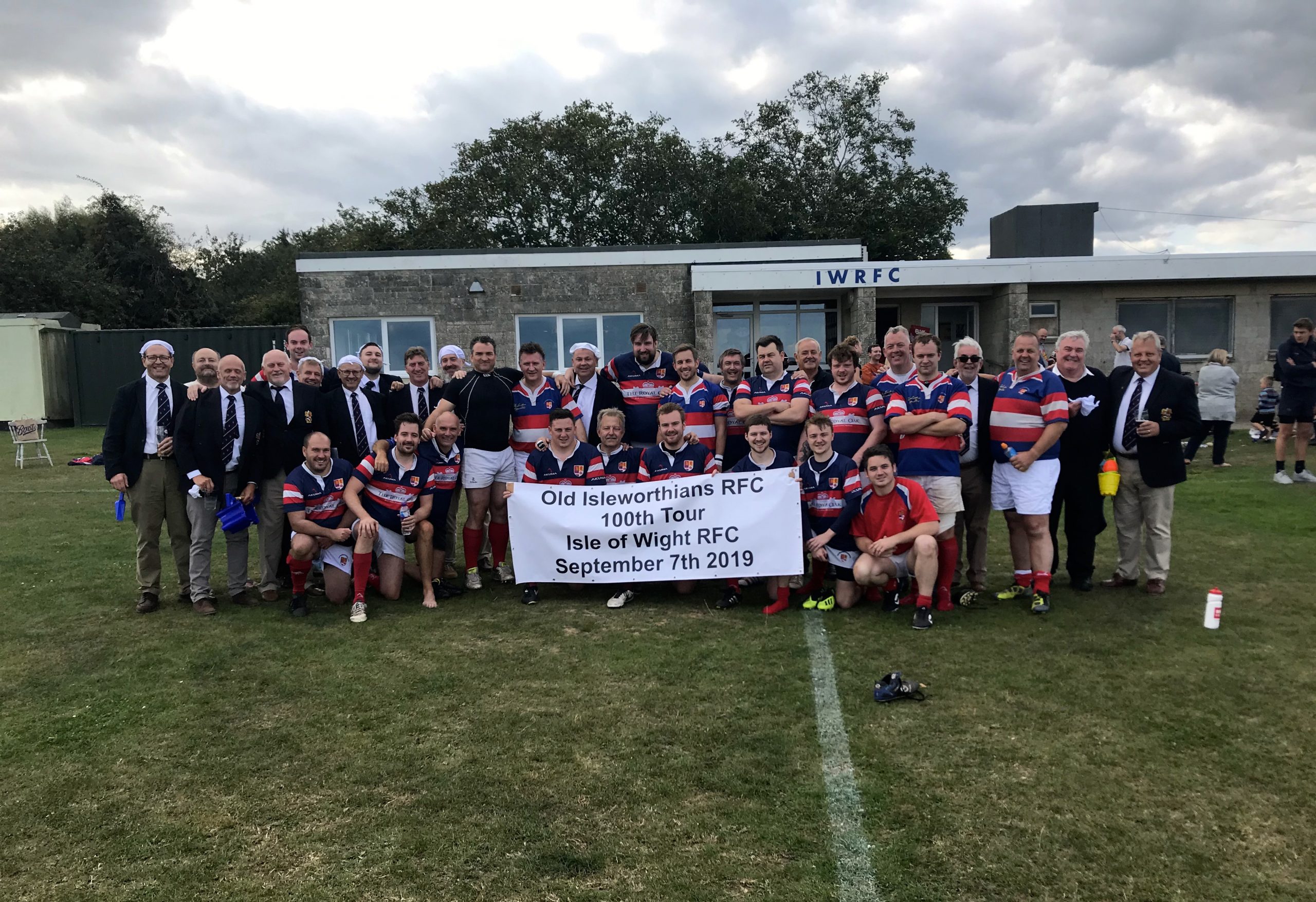 OIRFC are reconised as one of the country’s leading touring clubs. In September 2019 we achieved our 100th tour in just over 60 years. Not our strongest team ever and maybe not the fittest but it was a good contest – on the pitch and in the bar afterwards.

This first is clearly financial. The Association Committee was prompt to do some scenario planning – what if this happened and what if that happened? As the situation moved so fast it rapidly became clear that we were heading towards the disaster scenario. First the loss of bar revenue as matches were cancelled, then from the loss of functions booked followed by closure of the nursery. Finally, of course we had to announce full closure of the bar in line with the rule concerning pubs. Old isleworthians Club is very lucky. Due to that amazing foresight in 1948 we own our ground and our clubhouse. Most clubs do not and have to pay rent or lease charges. Even so, we have to continue to pay for the upkeep and services and maintenance and we are going to make a significant loss this year. We have some reserves but have just paid out a major sum to extend the bar and improve the facilities – facilities that will not be used for the foreseeable future.

The second impact, I believe will become more critical as the crisis goes on. That is the loss of community time. What I have learnt over the couple of years I have been more closely engaged with the club, is the importance of the community it serves. I have heard many stories about how playing rugby together has extended towards helping to find team-mates jobs, provide a sanctuary or some solace, career advice or just a shoulder. I have witnessed the club coming together to support members at times of loss or just provide an outlet to let out some of the pressure of everyday living. That sounds very ‘serious’ but most people of whatever gender, religion, sexuality or ethnicity who play a team sport together, would just call it being mates or colleagues. In 1948 when the founders of our club came together it was from a sense of community that came out of the shared hardship of the war years. It was the same sense of community that encouraged voters to elect a government that had the courage to create the National Health Service and the concept of a Welfare State. I hope we bear that in mind in the months and years following this crisis.

Meanwhile, at Old Isleworthians we are sending out regular newsletters with updates and getting strong feedback that these are appreciated. The younger members are keeping in touch, even if it is just by sharing jokes and memes, by Whatsapp and on Social Media. However, that’s not the same for me. When it’s a wonderful day out there I do want to get down the club and share those stories over a pint. When I see my rugby playing friends, especially the somewhat hard bitten fellow members of ‘The Front Row Union’, give each other a handshake it may just be stretching Louis Armstrong’s point that they are really saying “I love you’. Then again maybe they are? 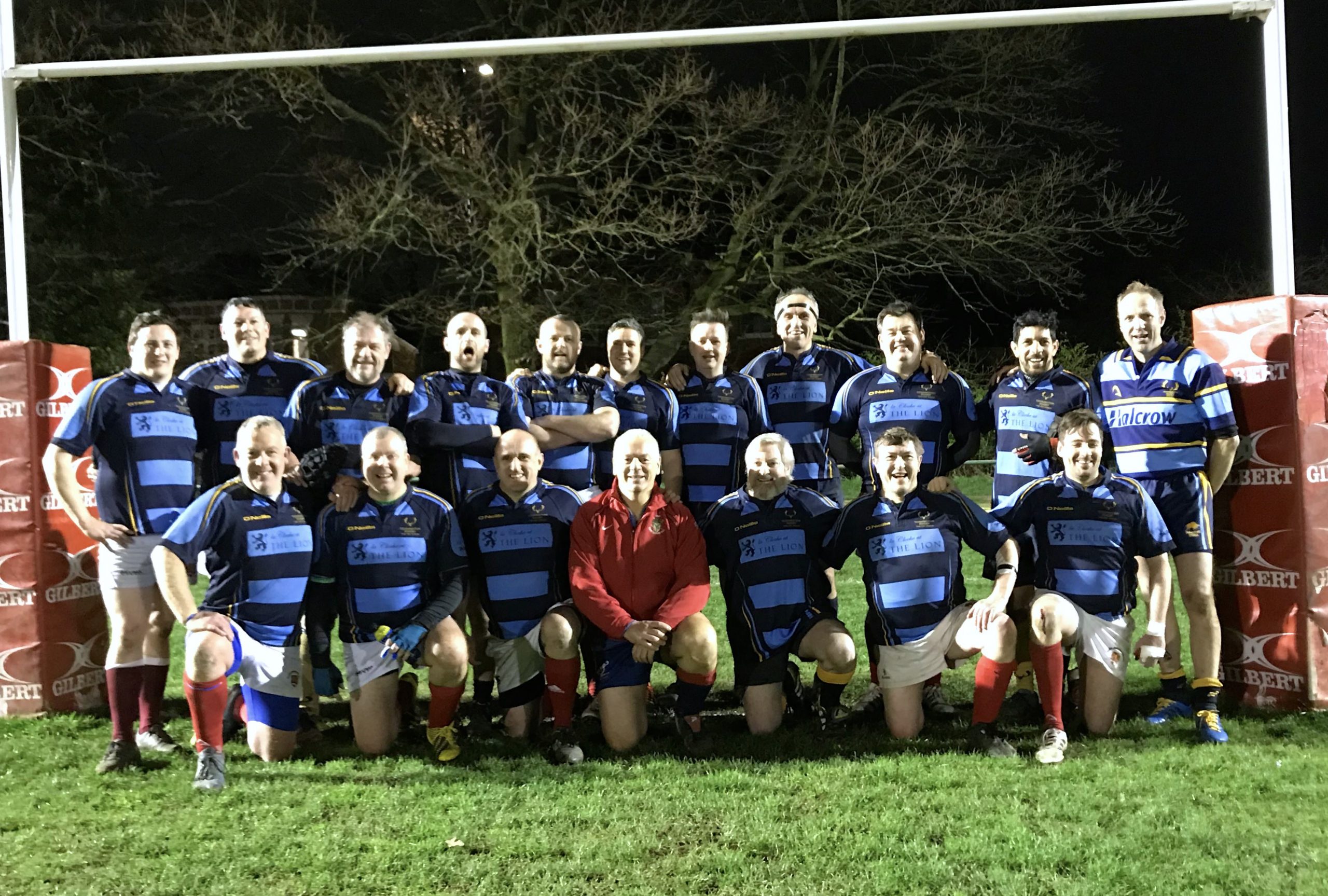 The combined veterans of Old Isleworthians & Teddington played and won at London Welsh in their last match before the lock down.

If you would like to know more about Old Isleworthians Association or, when this is all over, come down the club for a pint or a game of rugby just let me or anyone at the club know. The Association and Rugby Club’s Websites are listed below, as is my own email address.

* I can be contacted at keith@outsiderinside.co.uk

* I am currently the Hon Chairman of OIRFC but these are my own views and do not necessarily reflect the official views of the Association.