In which our hero discovers the joys of the Virtual Cocktail party.

Well I ain’t seen no people since I don’t know when,
I’ve been drinking bourbon, whiskey, scotch and gin
Gonna get high man, I’m gonna get loose,
Need me a triple shot of that juice
Gonna get drunk, don’t you have no fear
I want one bourbon, one scotch, and one beer

With apologies to the late, great John Lee Hooker for the original lyrics.

So, how was your weekend? Contrary to the epigram I did not spend the whole weekend on the virtual ‘lash’ but I did decide not to wander out down the High Road. My fridge was well stocked and I thought there might be more people out and about so isolating for the weekend made sense. Apart from that it was pretty damned chilly – I am sure you would agree? However, I am a social animal and from Friday morning to Monday is probably the longest I have spent confined within my apartment unless I have been unwell. I have tried to be fairly disciplined and I have a vague routine especially in the morning with a large pot of tea and a scan of the online news and emails and social media. I am attempting to then stay off the news for the rest of the day as well as not switching on the TV until 8 pm. Getting too hung up on every second of corona news is not a mentally healthy activity and I have long believed in rationing daytime television too – unless it’s a Test Match or live rugby. Of course, I now have this blog to keep me active and have commenced a new occupation that will keep me busy for a couple of weeks – organising and archiving all the old family photographs that I brought home when my father died about seven years ago. It is amazing how much stuff you amass over the years. Anecdotally, it appears this is a new global corona isolation induced activity but it does have its dangers. At the best of time nostalgia is a drug and as we sit inaccessible and reclusive it is very easy to sit staring at pictures of old family gatherings, departed loved ones and, in my case, short-trousered, polished-kneed, homeknit-sweatered, heavyleather-booted posed back-garden embarrassments. 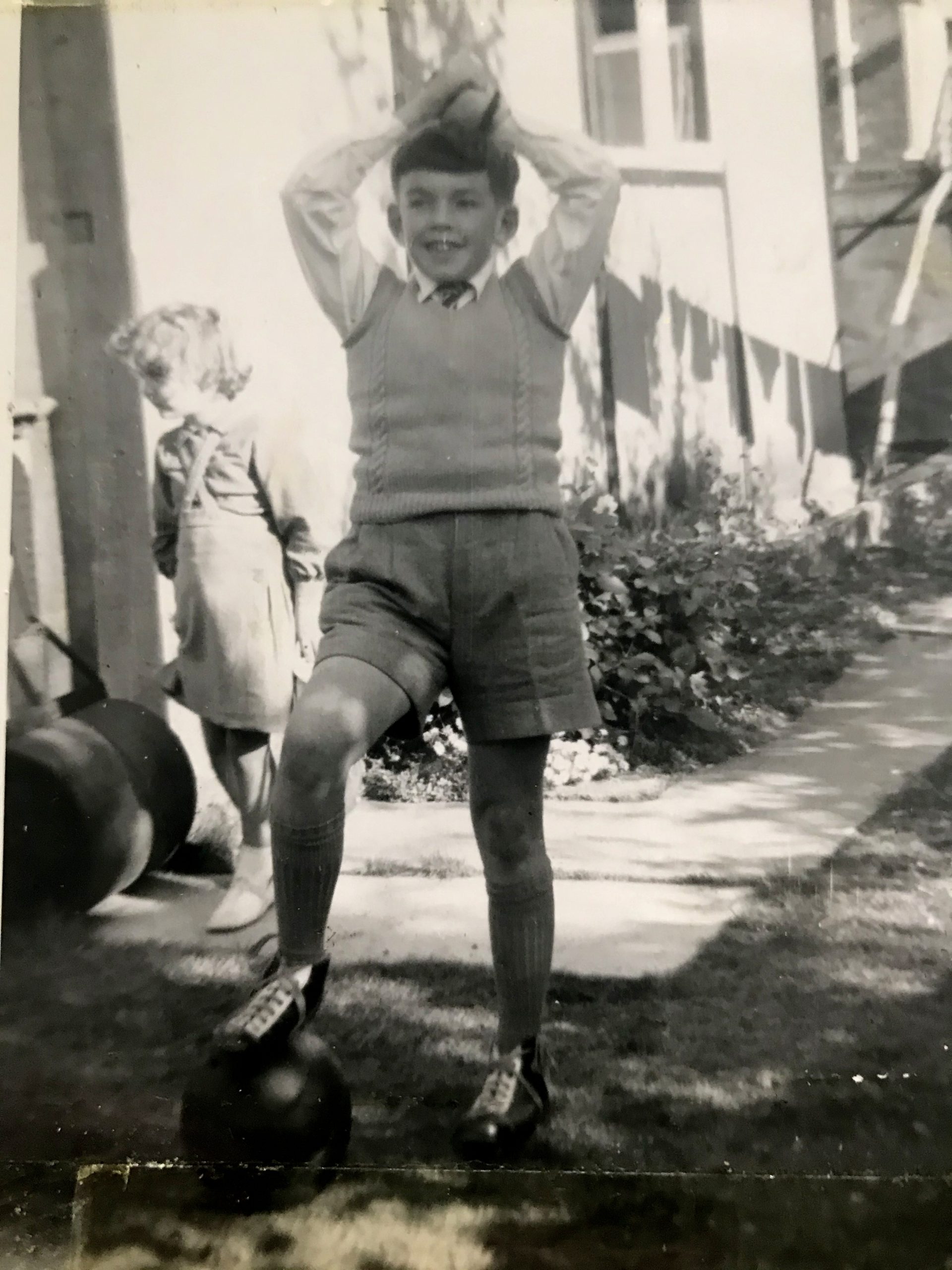 See What I mean ! Me in 1962 and yes, that ball did go through the back window at least once.

Plans to cook a healthy meal, make a supportive call to a friend or read that novel someone recommended drift like so many autumn leaves until you look up and the evening is already descended. So that is when I did hit the virtual bottle or rather, the bottle was real enough but the party was virtual. This is genuinely a phenomena that is taking off. Already some of my friends – and not just the younger ones – are becoming booked up for days ahead. “Sorry Dad, I am doing a virtual pub quiz Tuesday, am meeting some old school mates Wednesday and having dinner ………..“! I had done a couple of family meals sharing a screen but being introduced to new Apps like Zoom is quite an adventure. 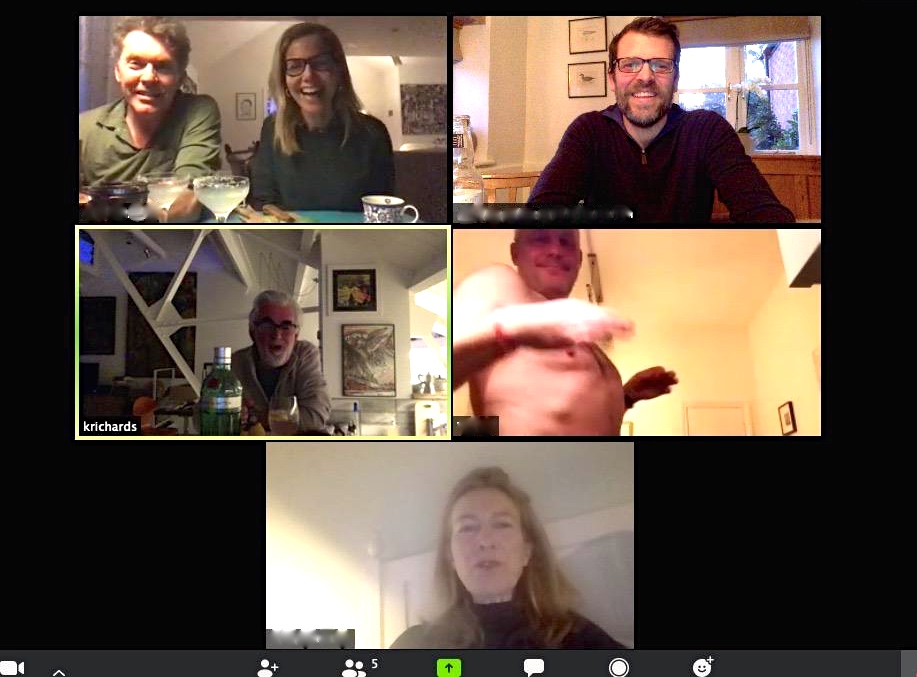 Zoom as an aid to the Virtual Cocktail party – though not as you know it!

In fact, so much of an adventure that some of us got over excited. Yes, that is a bottle of gin you can see on my bar and, yes, it did seem to go down rather well. So much so that the next morning I did ponder that the symptoms of a hangover are not that dissimilar to CoronaVirus – though clearly, much shorter lived. The drinks industry talks frequently (and somewhat hypocritically in my view) about ‘Responsible Drinking’. Clearly, they did not have John Lee Hooker in mind when considering that policy and I am not advocating his specific concoction but just now and again that Virtual Cocktail has its merits.

If you have any suggestions for topics or ‘more of’ requests do please let me know. Stay safe.