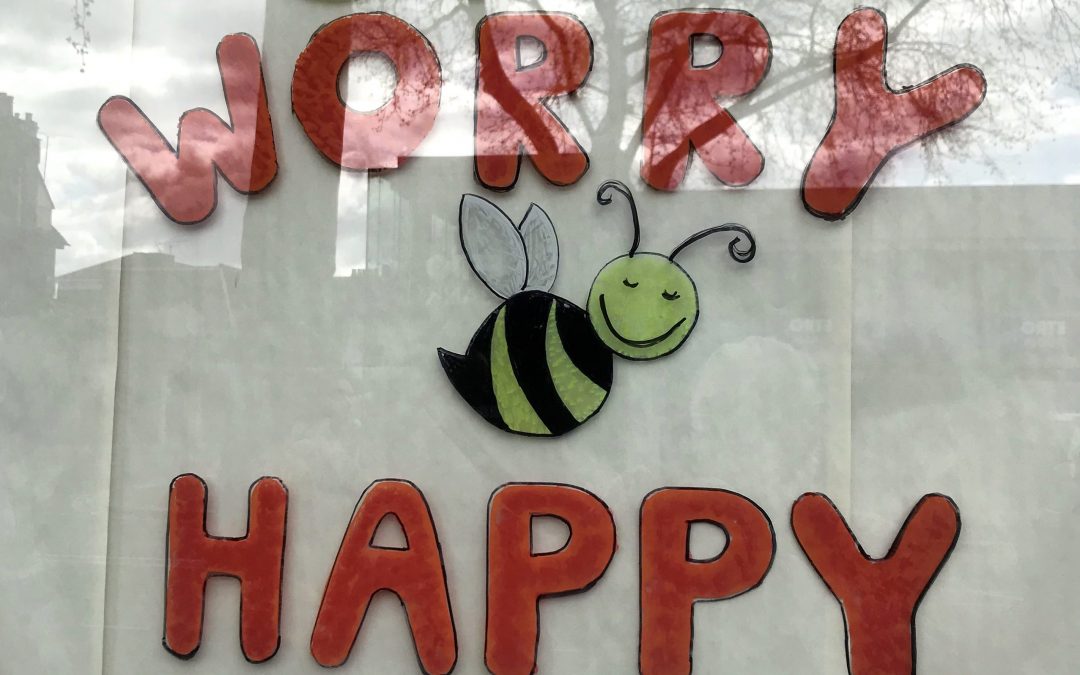 On a day in which your Hero thinks the story can be told visually.

“The reason some portraits don’t look true to life is that some people make no effort to resemble their pictures.”

So, being Friday I thought a shopping / exercise walk was in order – especially as I was running low on coffee.  I buy my coffee from the little coffee shop “Good Boy” just on Chiswick Common Road as it turns towards the terrace.

On my way I saw something that made me think that there are a lot of people who are going to be decorating or doing chores this weekend. 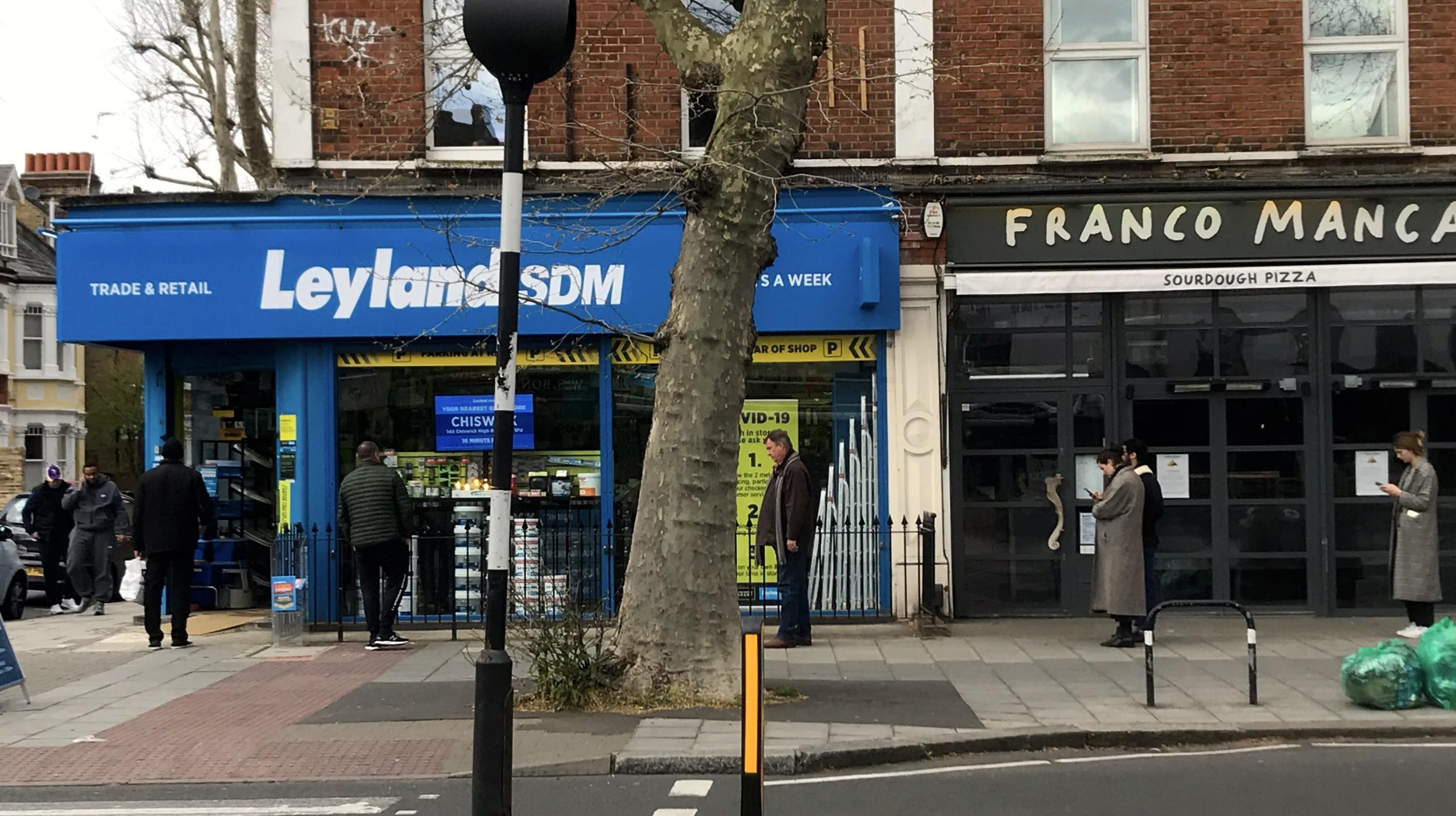 The socially distanced queue is for the hardware & DIY store, not for Pizza (though Franca Manca are doing take-aways I believe).

As I turned down Turnham Green Terrace I was delighted to see the Friday fish tradition continues – and something to do with Easter coming ? 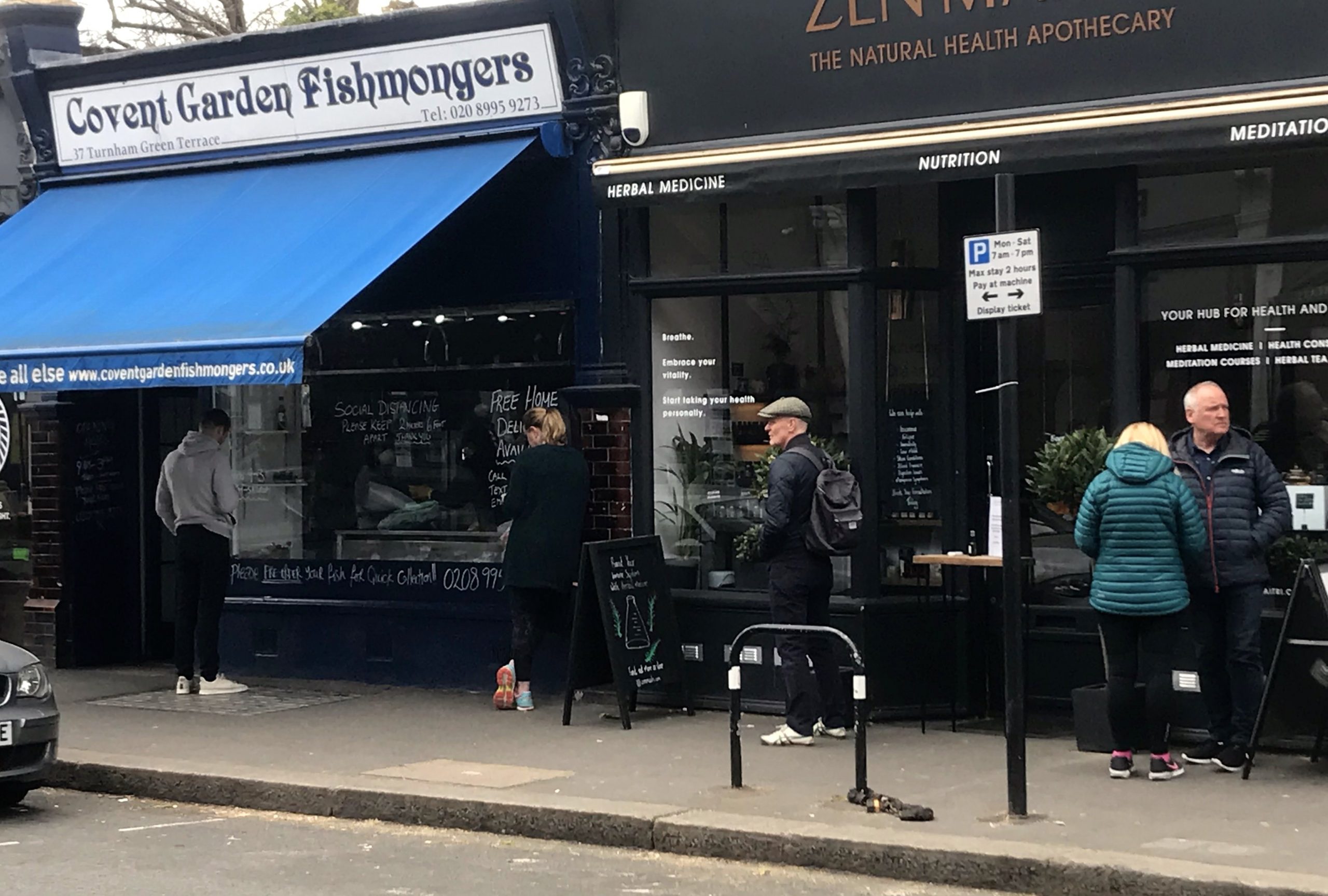 Up until Friday I think the Fishmongers was only doing deliveries to order.

As I rounded the corner to get my coffee I found that Good Boy has shut for the duration. 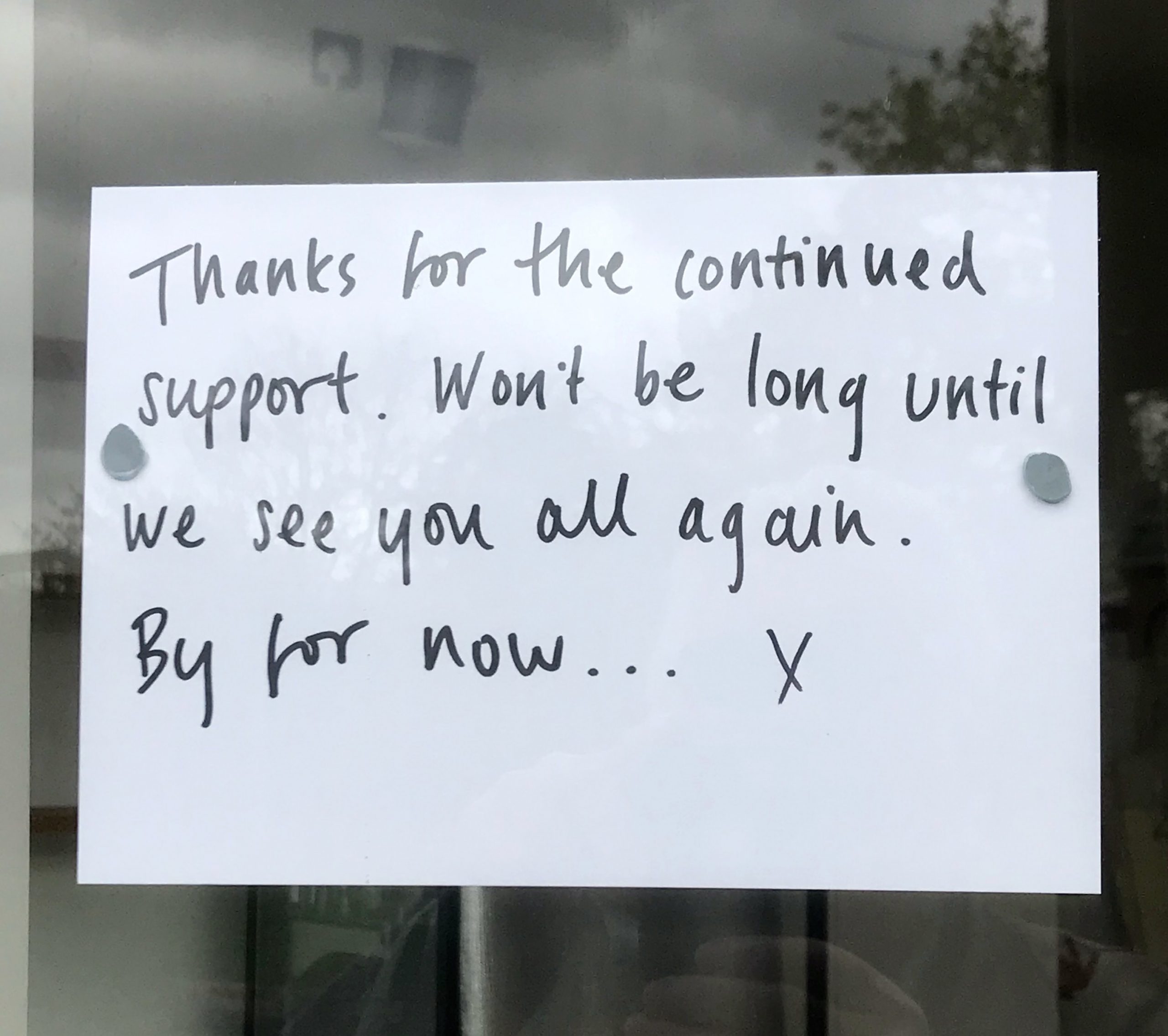 They are just a small – and very young business – I really hope they can survive and re-open after the crisis.

I carried on walking and turned up Elliott Road.  Tarantello’s was still open for business. 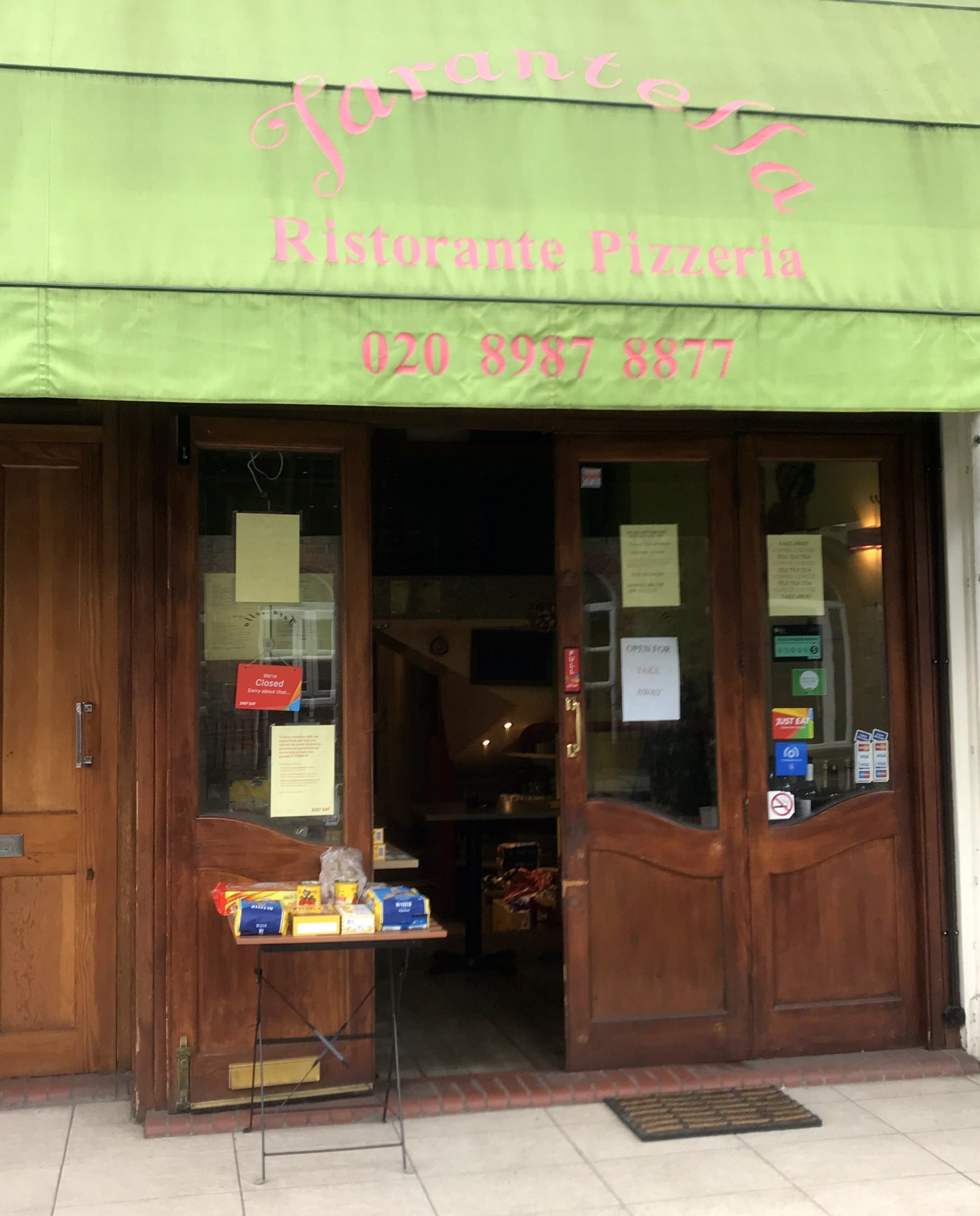 Still doing Take-Aways and selling a few handy items outside as well as baking bread – so I bought a loaf.

Heading back home I noticed Outsider Tart were selling Flour.  In Friday’s Guardian Grace Dent was complaining that because everyone was at home baking, flour was hard to come by – so here you go. 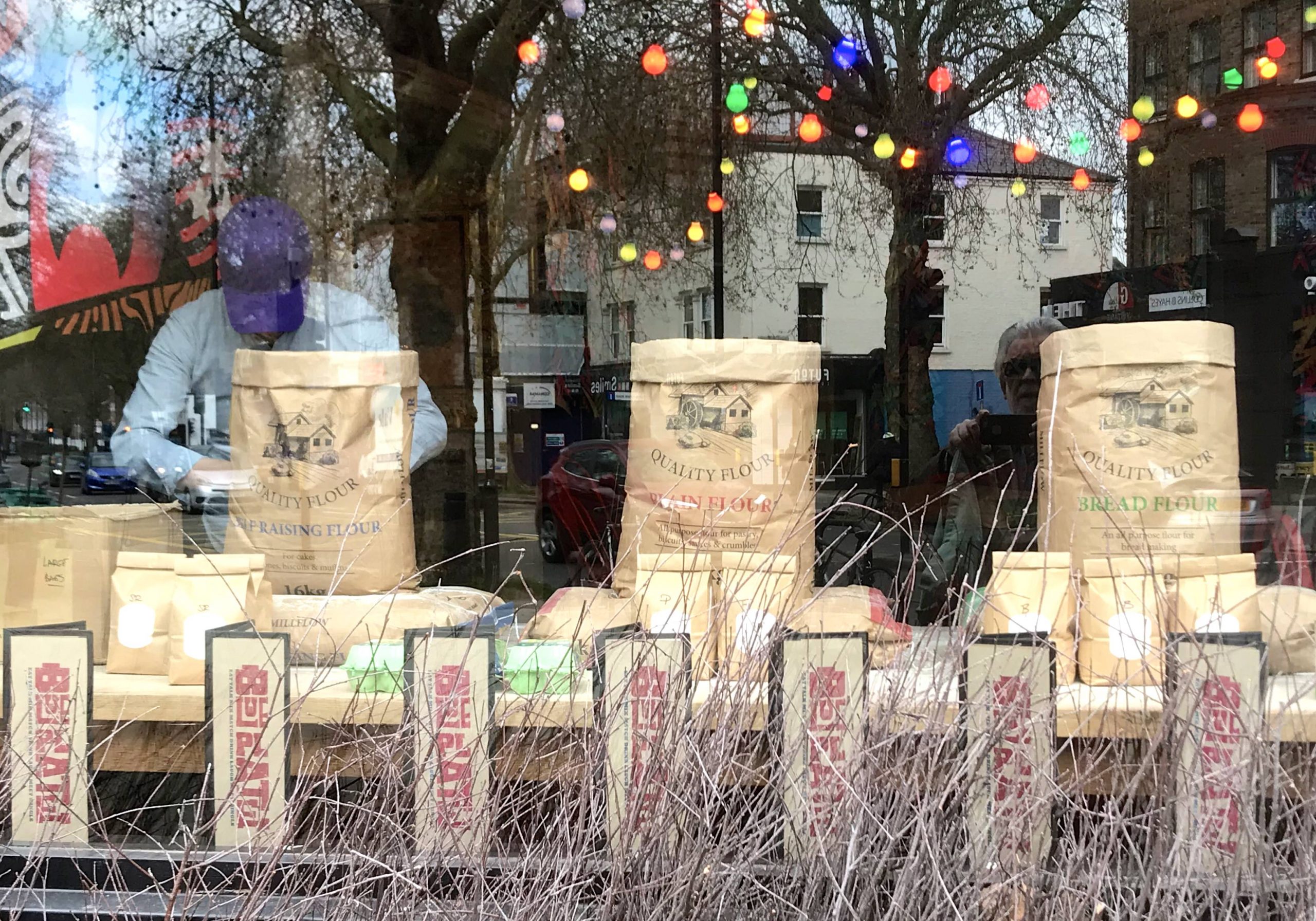 Plenty of flour and other provisions available.

Now, I once used to frequent Outsider Tart but I stopped going some time ago.  First I stopped because they only sold their coffee in non-recyclable throw-away cups, even if you sat-in, which I thought was insane. Then I really turned against them when one of the owners behaved so appalling during the debates on the ‘Cycle Super Highway’.  Yes, it is a controversial topic but he was publicly and personally abusive to some of the pro-cycle lobby and I thought that was unforgivable.  However, they are a local business and they are still open for the community. 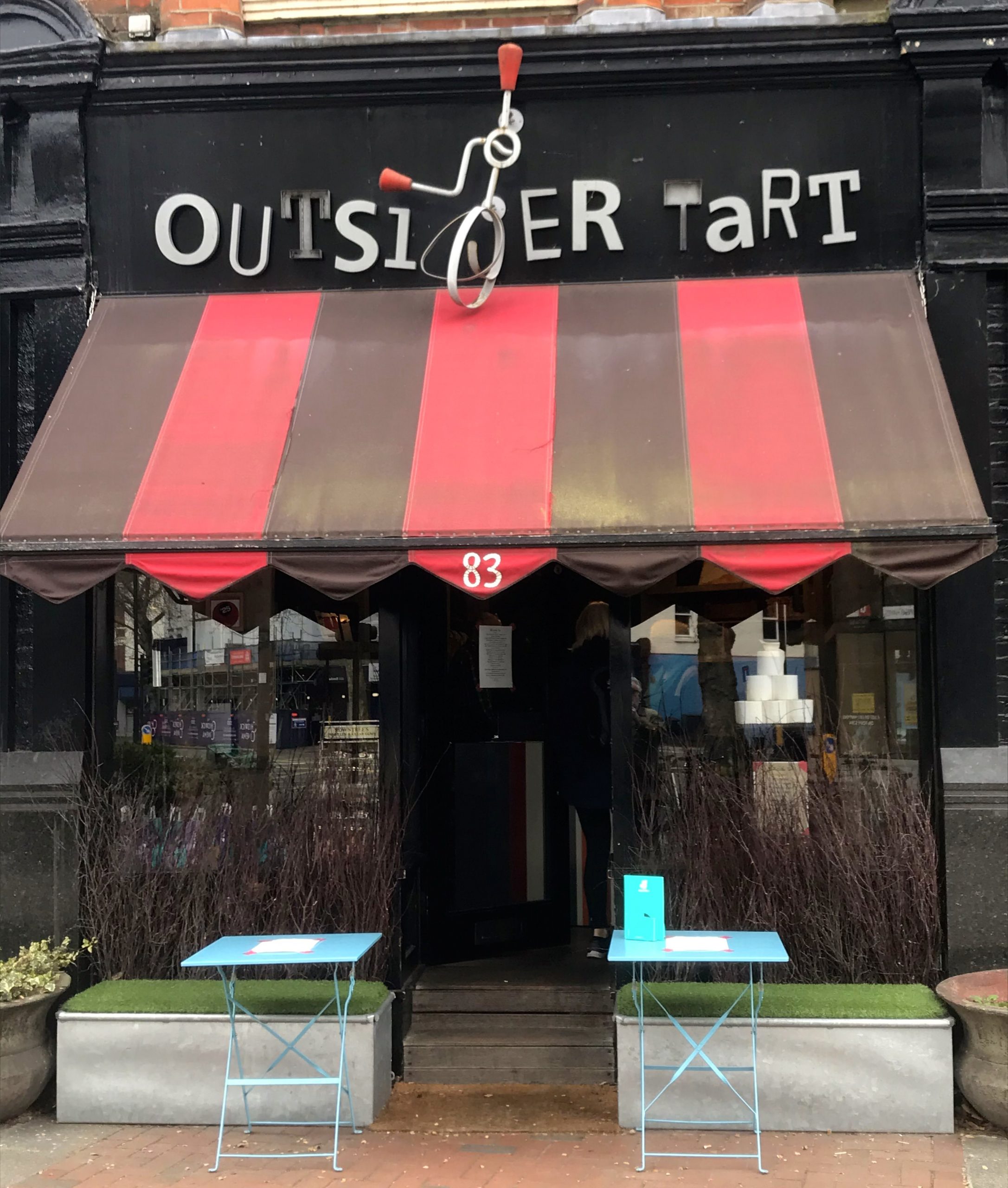 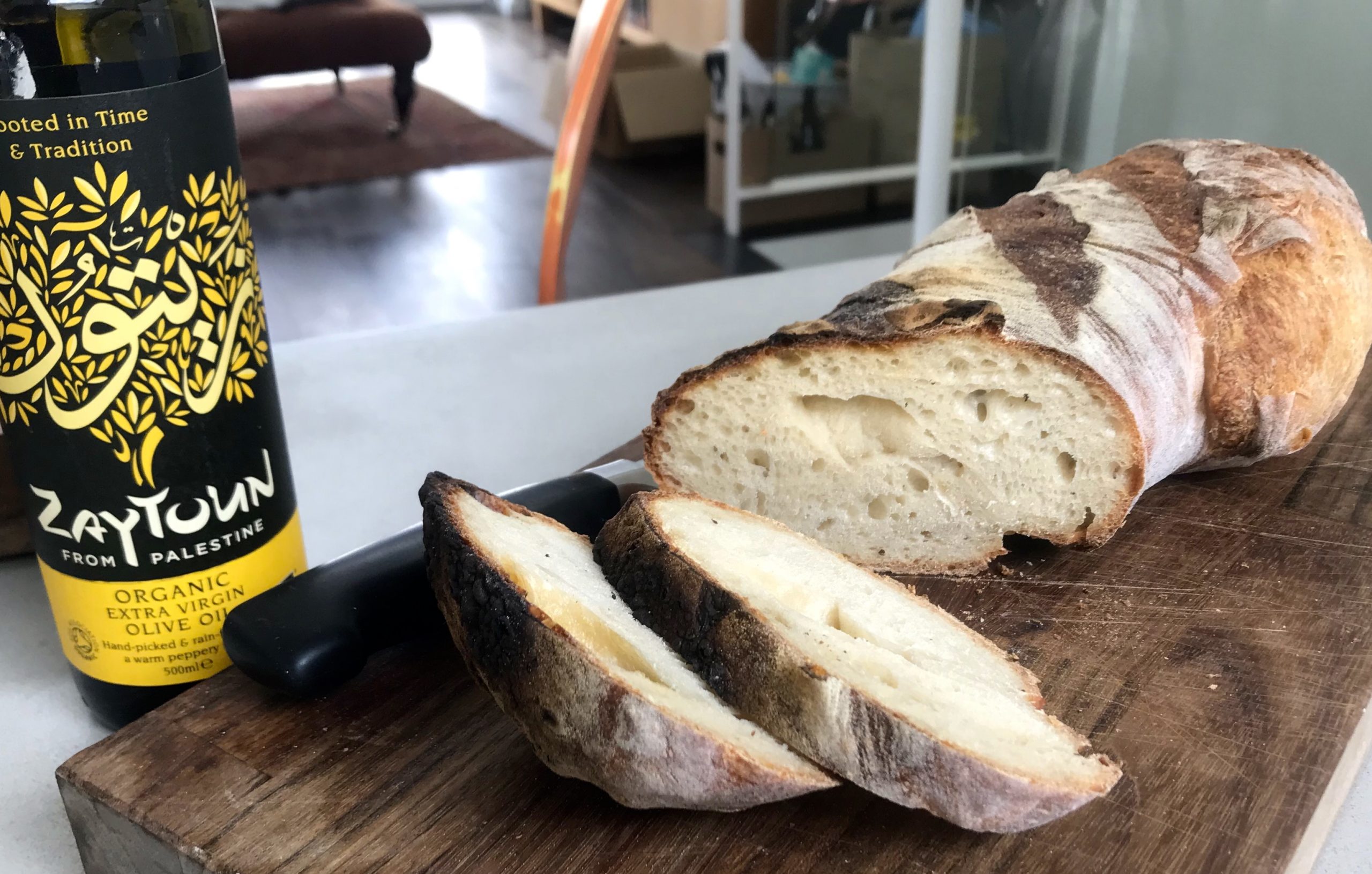 Tarentella’s home made bread with some fine Olive Oil. 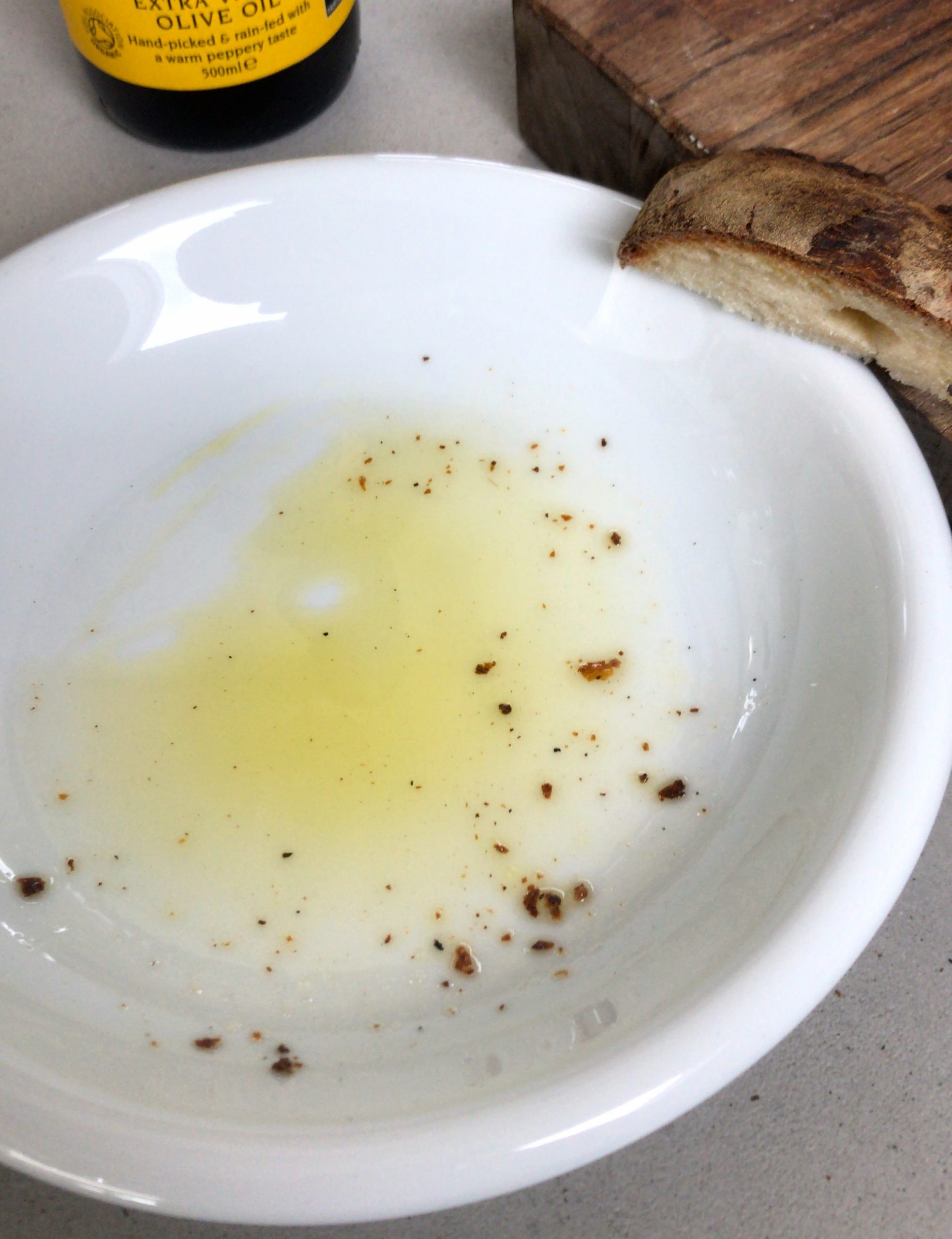 Oh, and let me finish off with two messages from the nice ladies in The Save The Children shop. 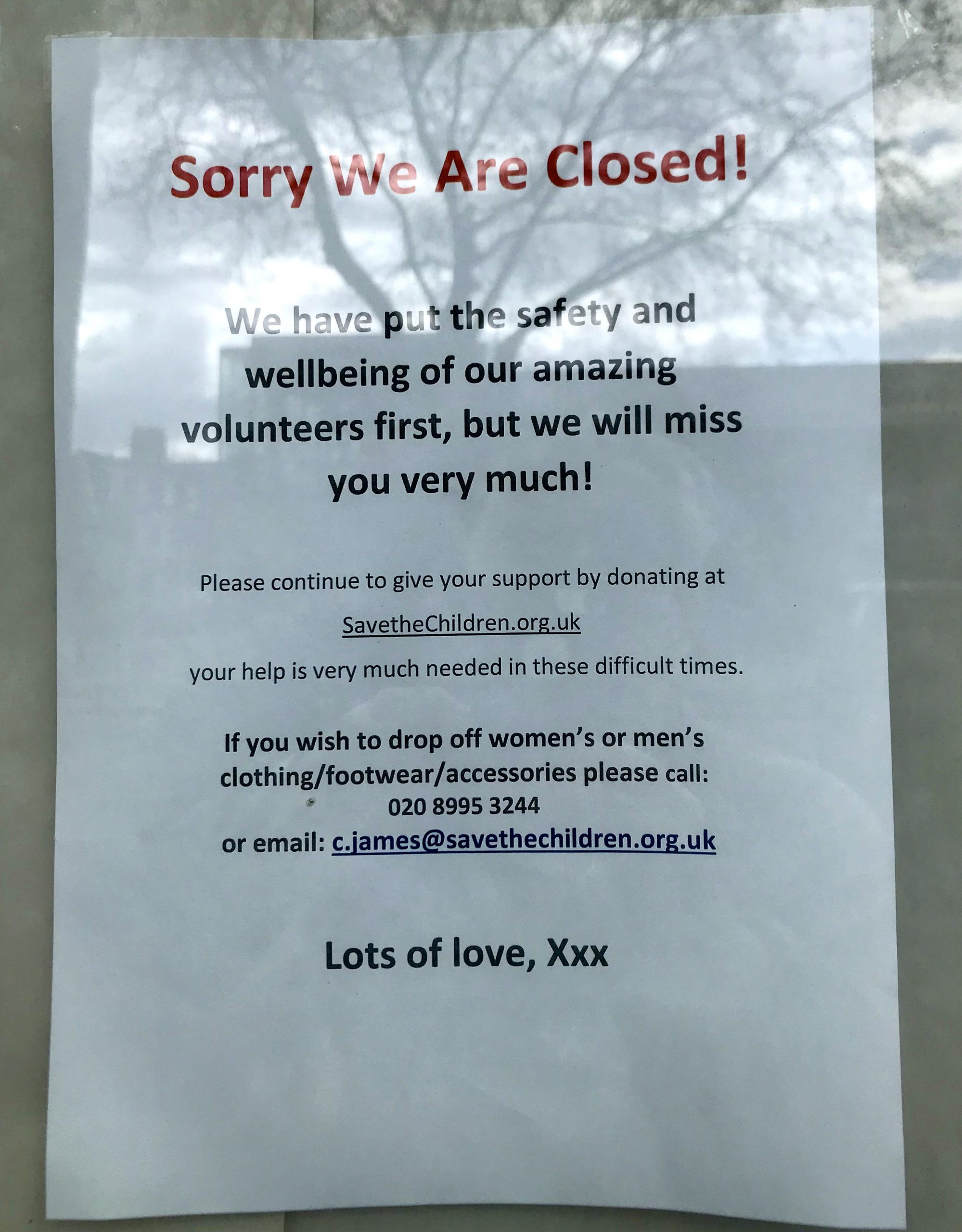 When you are having your boredom inspired clear out, please do not throw your stuff away that can be aside for better use. 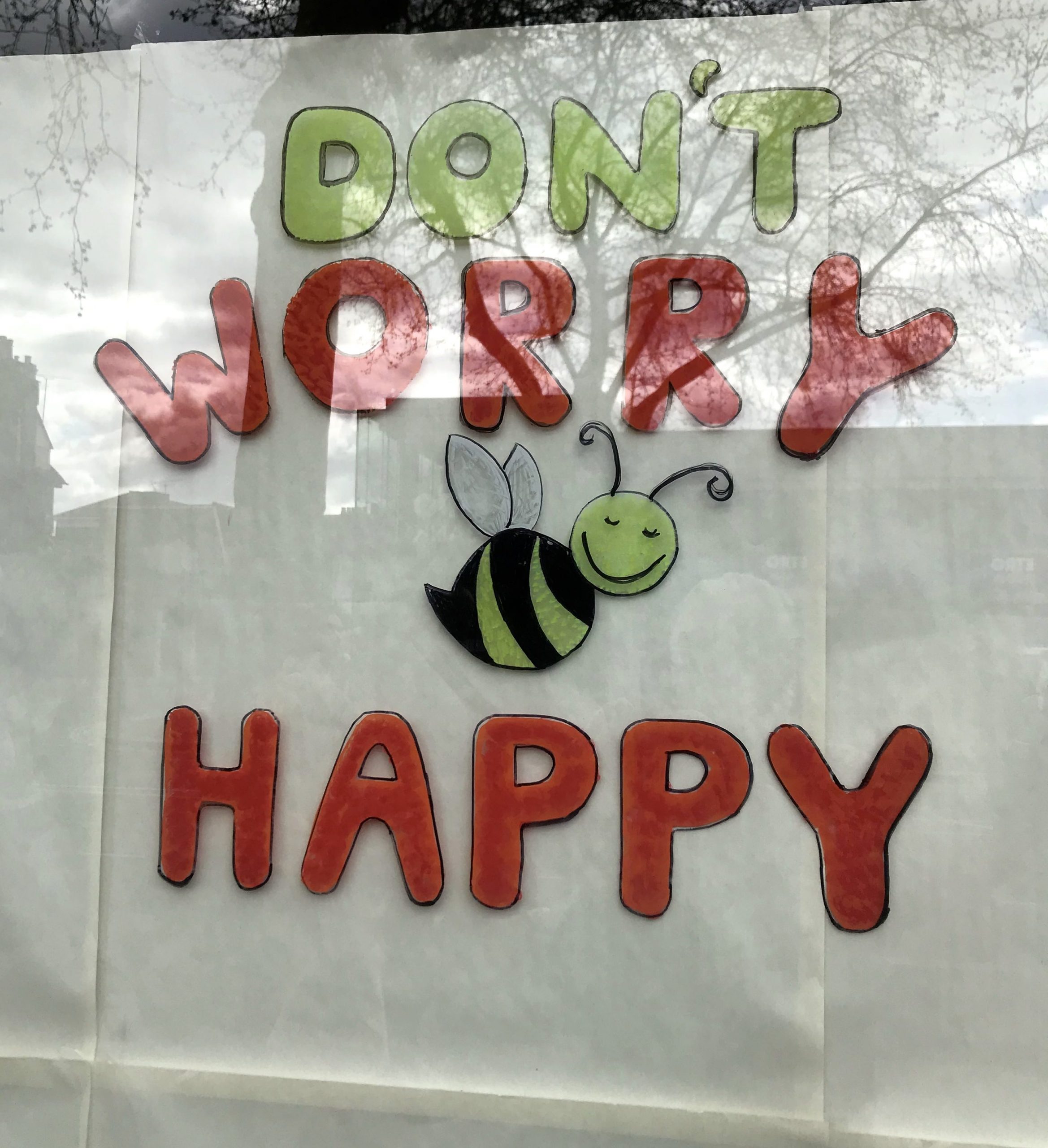