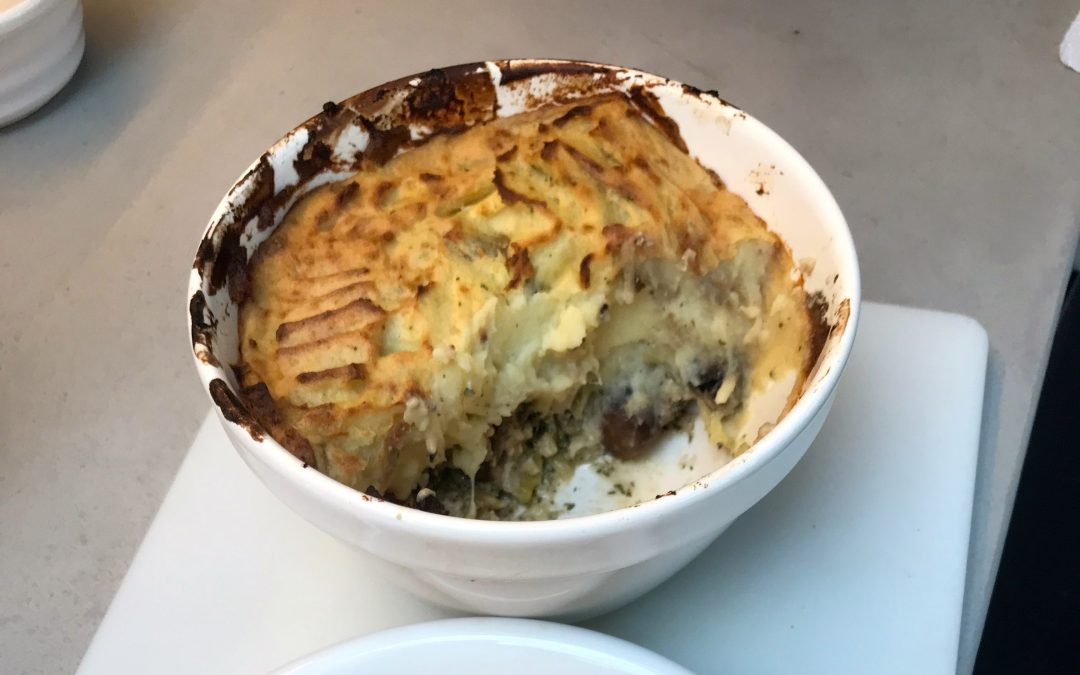 The long two-part blog on Mental Health stimulated a number of comments. Some were available for the public domain but some were just private messages to talk about how the topic had triggered some personal thoughts. A couple were about how men too often fail to talk about how they feel and sometimes when they do their mates can feel uncomfortable and not know how to respond. Banter can often disguise real feelings of isolation and depression. Equally, banter as a response is often a mechanism for avoiding the serious and difficult conversations or a consequence of ‘the mates’ not having a shared language to talk about personal issues. Consequently, banter can have an unintended negative impact on an individual who is struggling. I think group zoom and other virtual calls can be helpful in some ways but can also actually increase feelings of loneliness and isolation. The other response was on my topic of music as a trigger for all kinds of emotions during these lock-down times of increased introspection. I shall return to this topic in a future blog and please do feel free to send, publically on the comments section or privately, any points you would like me to make or experiences to share. If you do thing you need a more serious conversation, I did think this site was potentially helpful     https://www.mentalhealth.org.uk/your-mental-health

One of the questions I get occasionally is how do I find things to write about? It’s a good question really as sometimes I don’t know myself before I start. Sometimes I actually build up to a topic, such as the recent mental health two-parter, and these bounce around my head for a few days before I put ‘pen to paper’ (can you still say that?). I want to write about some of the conversations I am having with my friends still in Nigeria too. I am in touch with people in Lagos and Kano where the responses are very different and I think I should share what is happening there. Fridays I try to make local to Chiswick as Chiswick Calendar carry it then – after all, it is called “Chiswick Confined”! I do not have a specific audience, I write for myself, but I am conscious that I have a range of readers. Responses suggest different topics appeal to a range of friends or even readers I have never met. It seems a few have even enjoyed my recipes! The Vinyl section seems to be a favourite too. So please keep those comments and photos of your old Vinyls (with a story attached) coming in.

As this is a bit of a random day I would like to share two pieces of TV that I have watched and particularly enjoyed over this period. There is not an intentional thread to these; they just reflect my personal interests. It goes without saying that African history and culture are very much part of my focus so these are unapologetically today’s recommendations.

It was only when I had a conversation with Bridget Osborne of Chiswick Calendar that I became aware of this BBC series – maybe because I was still in Nigeria at the time and had no access to iPlayer. Anyway, it turns out that Bridget had been the producer of the initial series – it seems there was also a second series and anyway both are available on You Tube. So, that set me off. African centred television is almost non-existent over here, Black-British content is improving but that is not the same thing. The Executive Producer and catalyst for the series is Sudanese born Zeinab Badawi probably best known for her work on BBC News and Hard Talk and, well, let her say it in her own words…….. “I was at the Paris headquarters of the UN’s cultural and educational body, UNESCO. On the bookshelves of its Ethiopian-born Deputy Director-General, Getachew Engida, I spotted a collection of volumes. I asked him what this was, he told me that it was the ‘General History of Africa’. This, it turned out, is one of  UNESCO’s and the continent’s best kept secrets: Africa’s history written by African scholars.” * This series is therefore unique for that perspective and I found that as Zeinab travelled round Africa (impressively going to several pretty remote and/or dangerous spots) as a fellow African she was able to engage and had more affinity than any seen in the ‘celebrity’ travel and culture programmes so prevalent these days. If you have real knowledge of a particular country or culture you might find that particular episode a little superficial but the real strength of the series lies in its breadth – ranging from the earliest history of mankind (in the Rift Valley) to the many individual Empires and Civilisations across the entire continent. In particular, the research and content rebuffs the euro-centric, colonial historical narrative and reflects how Africa’s deep rooted past is reflected in the huge variety of cultures found today. I enjoyed Zeinab’s obvious delight in her adventure and I am sure that the crew was predominantly local wherever they went contributed to that. Even the soundtrack was a pleasure and the Amadou and Mariam theme for the titles provides a neat link to my next lock down recommendation. Before I move on to that you can access the first series with some of Bridget’s comments on https://chiswickcalendar.co.uk/watch-a-history-of-africa-with-zeinab-badawi/      Or the whole series and related material is on You Tube and here is a link to help you find it. https://www.youtube.com/watch?v=MXD8_q66Bvs

William Onyeabor was a Nigerian musician who released eight albums between 1977 and 1985. They hardly set the world alight and no body really noticed outside of eastern Nigeria when he just stopped recording having apparently become a born again Christian. This was despite him using synthesisers and electronic music techniques that were beyond anything other than the most adventurous musicians. He is often described as a kind of African Kraftwerk though his music is much more funk and Afrobeat beat inspired.   In 2013 David Byrne’s label Luaka Bop label rereleased some of his work after the research and championing of Uchenna Ikonne had brought it to the attention of people like Byrne and Damon Alban. Although his international fame blossomed Onyeabor remained a recluse in his mansion in Enugu, refusing any interviews and only recording some gospel music. Locally he was surrounded in rumour including how he had achieved enough wealth to set himself up after a few mysterious years in the ‘70’s in Soviet Russia. His music has since achieved a kind of cult status, my son Tom is a particular fan, that will long outlive his 2017 death at the age of 70. At the moment there is a plethora of culture being released into the ether to help entertain and educate during the lock down and to recover some funding while Theatres, concert halls and Music venues are shut down. The south bank have just released a live version of David Byrne’s meltdown tribute to William Onyeabor with a massive cast that includes himself, most of Hot Chip, South Africa’s Mahotella’s Queens, the South Bank Choir and ………. Amadou and Mariam. It’s a blast!        https://www.southbankcentre.co.uk/blog/atomic-bomb-live-watch-hd-concert-full?utm_source=wordfly&utm_medium=email&utm_campaign=MEMculturefix160520&utm_content=version_A

Finally, instead of a Vinyl today – don’t worry, lots more during the week – I am leaving you with an explanation and a description of my headline quote and photograph. Last Friday I went for my usual daily physically distanced shop only to find the weekend mobs had invaded already. The streets were crowded and the queues outside many of the shops seemed less patient and more bunched and hurried than I had experienced outside of a Saturday. I fancied a Shepherds Pie for some reason but when I saw the line outside supermarkets and butchers I thought better of it. I know…Fish Pie! The Queue outside the fishmongers (does anyone else also call them ‘Wet Fish Shops?) was even worse. So, I give you Mushroom and Leek (Shepherds? Cottage?) Pie. Pretty simple. Soften leeks in a little olive oil and throw in a couple of varieties of mushroom, cut into quarters.. I added a little oat milk to make a kind of sauce and a handful of oats to thicken and add some body, seasoned it all with white pepper and some celery salt. I made sure the mash was creamy with some butter (I left the skin in too) and made sure the surface was not smooth so some nice crunchy ‘skin’ formed. I scoffed the lot! Oh, and the Quote? Lock Down Lord of the Rings Risk – whose go is it ……… ? 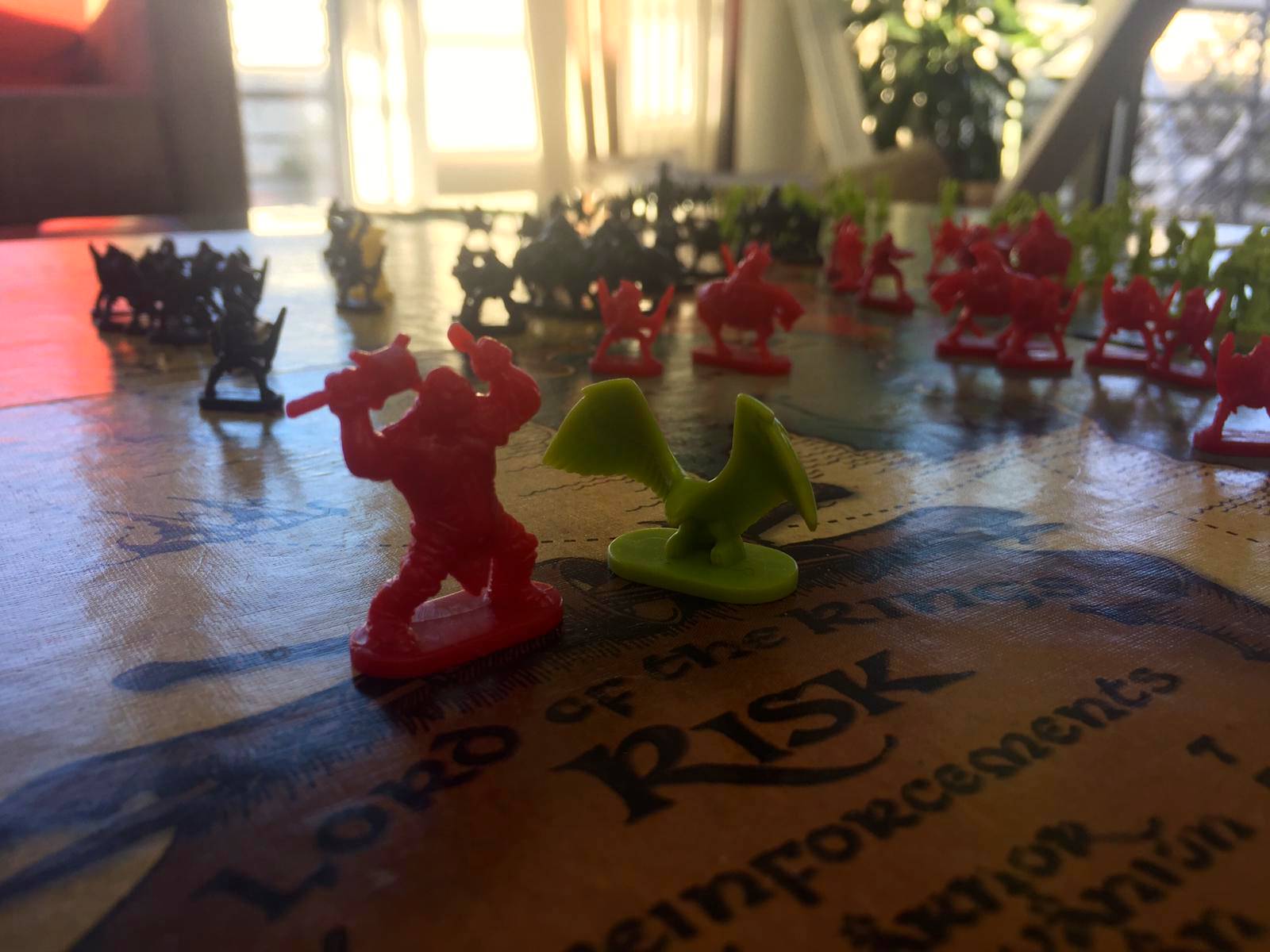 * Zeinab’s communications company that made the series among other things —  http://www.kushcom.co.uk/history-of-africa/making-history-africa/