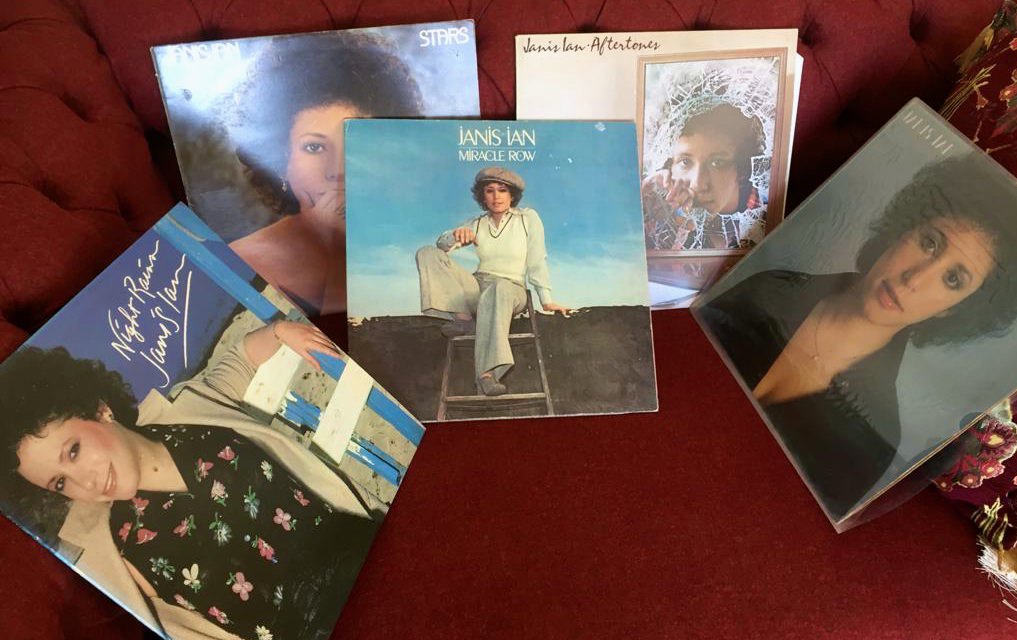 “How do you explain what it feels like to get on the stage and make poetry that you know sinks into the hearts and souls of people who are unable to express it?”

The weekend is upon us. It is weird that generally Monday to Friday seem to merge into one and I find myself asking myself what day of the week it is but Saturday and Sunday still seem different. It is not just since the lockdown but when I retired (from paid employment, that is) I had no strong reason to differentiate the days but somehow the pattern of decades stuck with me. I still feel I need to do chores on Saturdays and Sunday is never the same without Sunday lunch even if it is not until the evening. I would still normally find a pub for a roast or maybe a carvery but though I know of several pubs delivering take away roasts there is something in me that says they would not live up to expectation. Were it still wintry weather I might actually cook one at home but a decent one with several veggies and a serious gravy plus Yorkshires takes a lot of effort. So, there are a number of enforced changes to my weekend, care of the lock down – no pub obviously, and my avoidance of the High Road during the busier days. Plus the growing realisation that my weekend blogs have the highest number of readers encourages me to write on what were my rest days. I assume that the readership peak reflects the reality that many people are still keeping the basic weekly cycle and may be still be chilling out and catching up on weekends. The basic website provides some feedback and it tells me which are the busiest days. It also tells me where my readers come from – two weeks ago I had a spike in Abu Dhabi and last week a spike in S E Asia, so hello out there! It does not, however, give me gender though ‘likes’ on social media (please do!) and comments give me an indication of the bias according to topic. I know therefore that today’s music post will, without any intentional partiality, tend to be more popular with female readers.

There are several Janis Ian songs that stir particular memories. Before I went to study in Brighton I was not a particular fan of acoustic music but the College of Education had a vibrant Folk Club in a seafront pub. It became an important part of the student life for so many of my friends, some of whom helped run it, like Neil and Pat Butler of Zap Club and Alternative Brighton Festival fame who went on to bigger things. There was a ‘come all ye’ section where, for a while, I read poetry though that seemed to morph somehow into a kind of comic compere routine. There was usually a professional headline. My absolute favourite was Bridget St John. There were regulars from the Folk circuit like Paul Downes and Phil Beer and there were those from our crowd that sung every week. I particularly remember first hearing of Janis Ian when friend Ness used to sing Ian’s song ‘Jesse’ so often that it became a kind of anthem for my early days in Brighton. When Ness sent me this picture of her Janis Ian albums in response to my requests for Vinyls and stories I knew I had to include one and in the end she chose ‘Stars’. 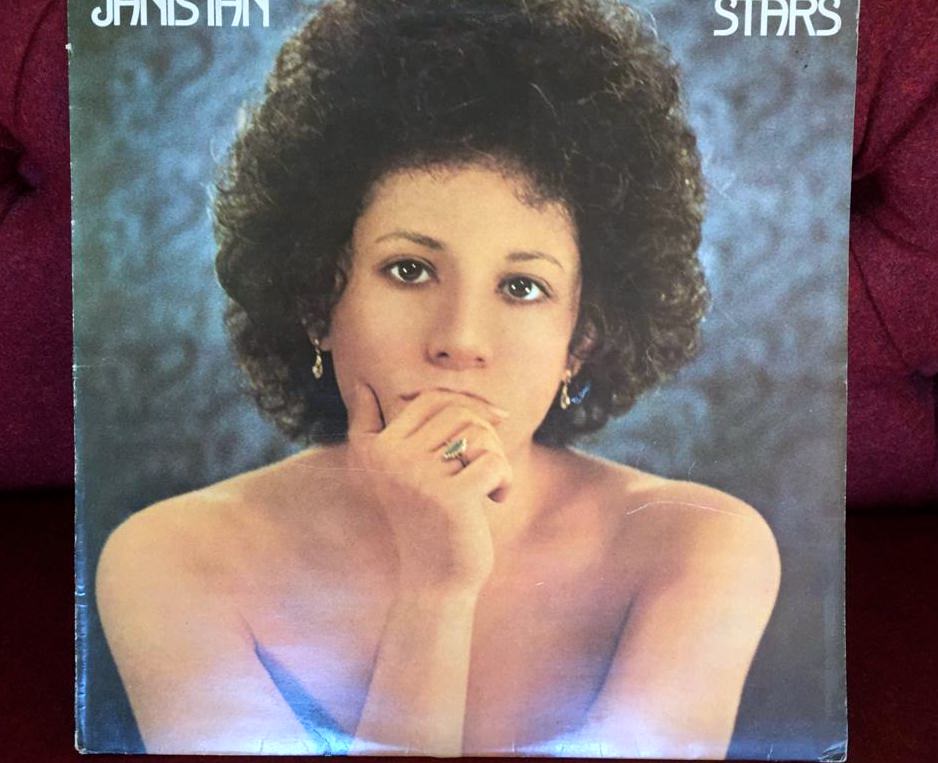 Now, it is likely that quite a few readers will not know much, if anything, about Janis Eddy Fink. She was born in New York in 1951 to a civil rights supporting musical family and became something of a musical prodigy by a very early age. I imagine that contributed some of the issues she had with the industry later. By the age of 12 she had her first published song writing credits and by 14 changed her name to Janis Ian and had a single in the US Billboard Top 20. But not any single, “Society’s Child (Baby, I’ve Been Thinking)’ was about a mixed race relationship and in 1965 was considered too controversial for many radio stations. She released several albums over the next few years but had seen to have waned musically when in 1974 she initiated a second stage in her career with ‘Stars’. Though ‘Stars’ was not a commercial success it kind of kicked things off as her next album ‘Between The Lines’ (1975) and then ‘Aftertones’ in 1976 were huge around the world though funnily enough, less so in the UK. This was the time though that many of us were now listening to folk orientated music in Brighton and her vulnerability touched a few nerves. From the ‘80’s she has continued releasing albums and seeing her work covered massively by artists as diverse as Celine Dion, Shirley Bassey, Julie Fordham, Sheena Easton and Nina Simone. Ness’s choice was ‘Stars’ but I am saving that for the end, but now I will let Ness’ own words speak for themselves ….

“She’s best known for At Seventeen, which she won a Grammy for and which appears on her subsequent album ‘Between the Lines’. And that song is all about the struggles of being an adolescent. I shared a love of Between the Lines with your sister Anne and one of my very fond memories is of us singing ‘I haven’t been loved by a man in quite a while’ at full pelt in a toilet in southern France. I think that’s right – she can correct me if I’m wrong………..” (Sis, will ask about this one LOL)

“I was completely blown away – haunted by her words, her reclusive, shy aura, but most of all, her melancholy. And for anyone who loves melancholy – she is unsurpassed, in my view! I taught myself to pluck the guitar like her, I sang Jesse endlessly at folk club, and generally immersed myself in her music and lyrics. ………. The generic aspect, I think, is that she appeals to those who hold loss or sadness inside for whatever reason. Yet there is nothing inherently depressing about her music. I’ve always found it uplifting in its melodic and lyrical ease.

I finally managed to see her live in Burgess Hill – a small audience…….. she’s the best female guitarist I have ever seen. She’s the star that grew, the epitome of the gentle protester and she has a very special place in my heart.”

Unlike Joni Mitchell, who still pops up in my current playlists, Janis Ian has kind of stayed back in my memories of a particular time and coming back to her through Ness’ intervention reminds me the best of her work is genuinely timeless. I wonder where some of this vulnerability comes from. Her mother was seriously ill from her teens and she was in an abusive marriage until she separated and eventually came out in the early ‘90’s. I was also led to ask where is this vulnerability in current music? Ok, I am an old fart so what do I know but, you know what? Put aside the different style and the changes in production technology and listen to Adele’s lyrics. Play her “Someone Like You” and to this old man she is singing about exactly the same emotions that Joni and Janis opened up about all those years ago. Music fashions change but the emotions behind them are the same. In this case the emotions are to do with love and loss but the same comparison would be valid concerning the anger reflected in the words of UK grime now and punk as an example – just saying!

I thought hard about what selections to play. On one hand I wanted to show one that reflected the kind of vulnerability we have been talking about, on the other I feel it is important – particularly given my recent posts about mental health – to demonstrate that emotion is part of the range of a mentally healthy person. So, I give you one more recent performance of those days that shows a woman about what my age is today. Someone who over the years has come to terms with the vicissitudes of strong emotion and who comes across as confident but retaining that gentleness of her earlier performances.

So, the first is of her probably most well know track, ‘Seventeen’, as Ness mentions and from that old favourite ‘The Old Grey Whistle Test’.          https://www.youtube.com/watch?v=VMUz2TNMvL0

The second from 2010 starts with her carrying a copy of her ‘Stars’ album, making it even more relevant.     https://www.youtube.com/watch?v=z0qk2xiQTCA

Now, I have been talking about mental health in my blogs and the word vulnerable has popped up several times. We have seen how music and musicians, all artists really, are susceptible to the emotions that they describe in song, in words, maybe in paint or in wood and so on. So my last song though it is actually the title song from the featured album is not Janis Ian herself. It is from another wonderful artists who wore her vulnerability so openly that it broke out, often painfully so, in her performances. My sister Anne had Nina Simone’s single ‘Ain’t Got No, I Got Life’ and as it came out in 1968 she must have only been about 13 when she bought it. This is from one of her appearances at the 1976 Montreux Festival. She played it several times and felt the audience there appreciated her so often delivered her most honest and raw performances – as in this heart breaking delivery of ‘Stars’. (Note what an amazingly sensitive pianist she was too.) Anyway, I leave Ness to talk about the song …….

“The title track – a pretty long song about how artistes struggle to make it, don’t make it, battle to live with and without success, etc. – seemed, at the time, like an allegory of life. The opening and closing lines go straight to the core.

I was never one for singing

What I really feel

Everything I know that’s real

So if you don’t lose patience

With my fumbling around

I’ll come up singing for you

Even when I’m down

Here is the Link to the Nina Simone version. It is worth watching the whole concert too.  Although at times her pain it makes uncomfortable viewing her mastery and her talent shines through.