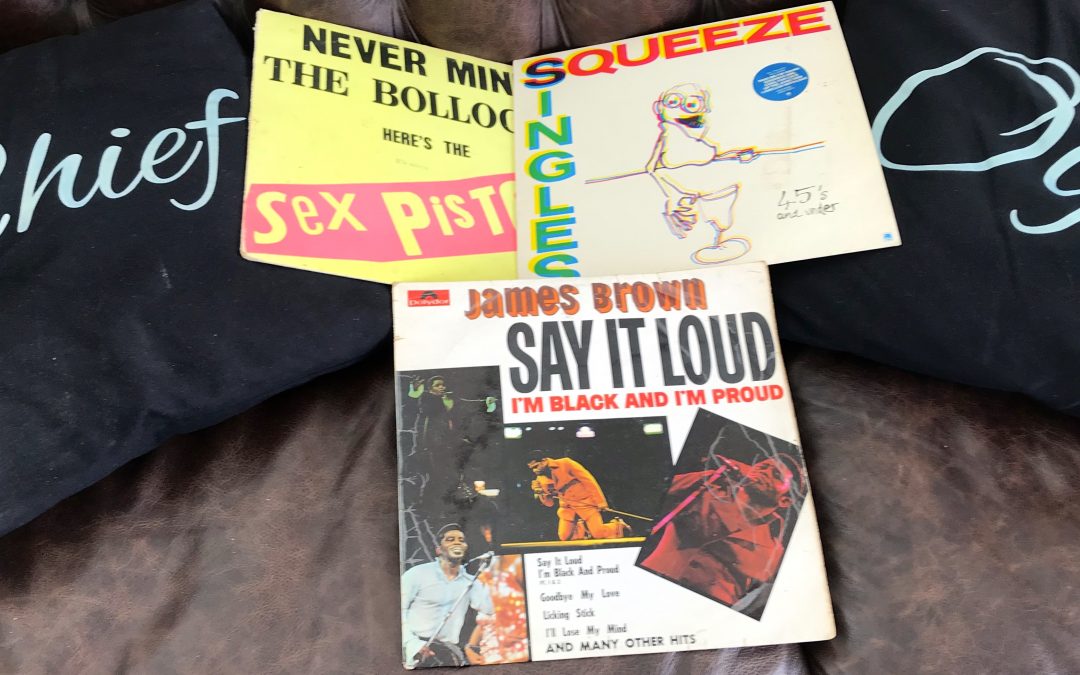 “You create a community with music, not just at concerts but by talking about it with your friends.”

Yesterday’s blog was a kind of part one of a two parter after my neighbours, Lloyd and Shea, shared some of their (and their Mums’) Vinyls. I talked about some of Lloyd’s selection with particular reference to ‘Hot Buttered Soul’ and how I first really first encountered Isaac Hayes when I started hanging out with Roland, Fabbeh Dhill and others in ‘70’s Brighton but that was just part of the story. One of the joys of doing these Vinyl posts is finding stuff I hadn’t known about while doing the research and another are the responses they inspire. So, along side the Soul and Funk in Lloyd’s pile was this album from Patsy Cline. 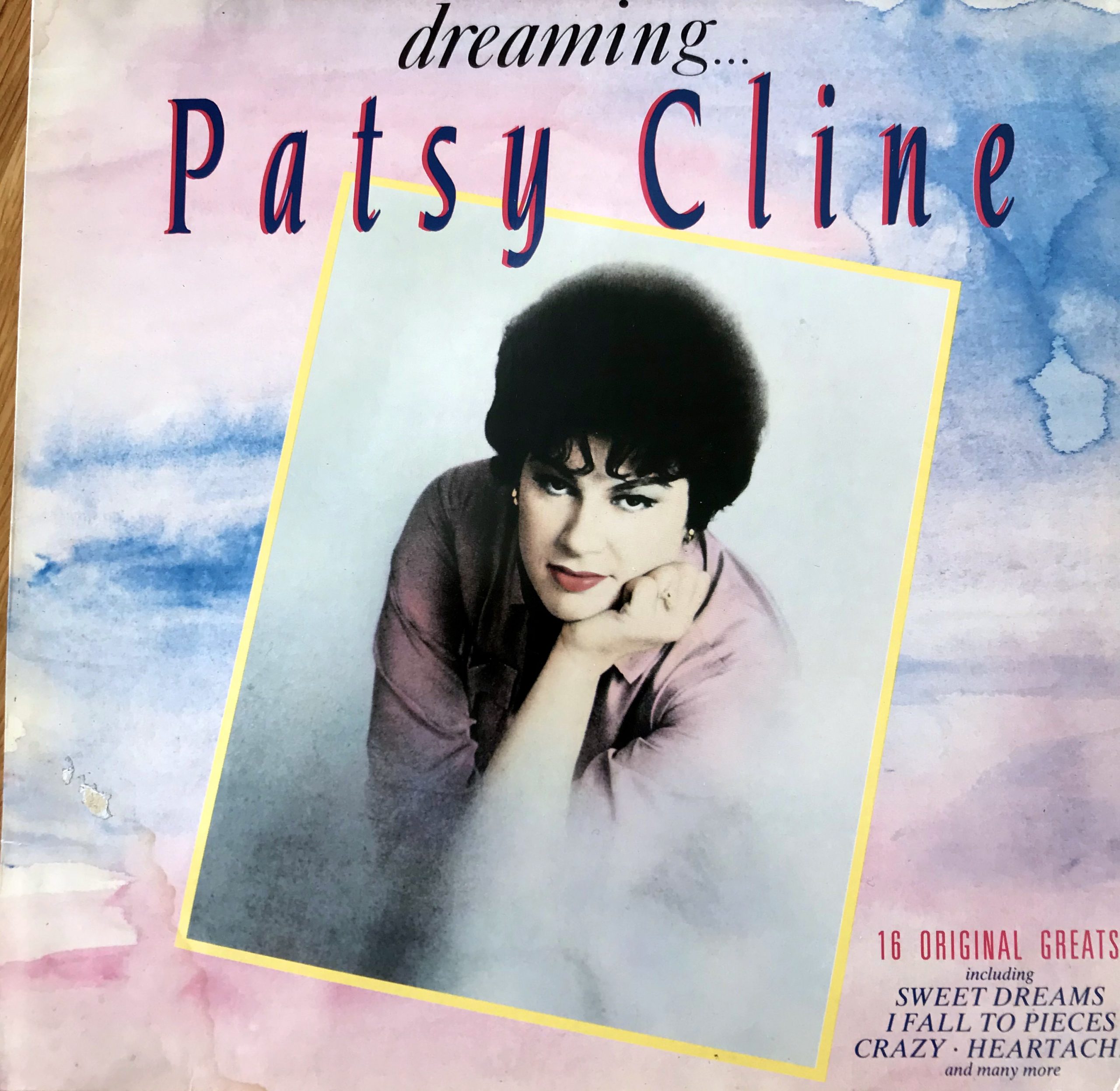 I guess you would call Patsy Cline an old school Country and Western artist and a very successful one at that. She was a major influence, particularly on later female artists from Loretta Lynn to Brandi Carlile, which is all the more impressive as her career was cut short at the age of just 30 when in 1963 she died in a plane crash. She was the first woman to be inducted into the Country Music Hall of Fame in 1973. I quite like some of the modern forms of Country music but the earlier format has never inspired me – just personal taste. However, what interested me was how Lloyd’s Mother, who comes from Barbados, would have been into ‘good ol’ C&W’. His reply was ‘she loves country and western music – the older generation in Barbados love it’, which would have been a surprise except I had come across this before in Nigeria. I met Tayo Popoola, a London based, British-Nigerian radio producer in 2016 when Soho Radio sponsored that edition of my mate Oti’s Lagos Jazz Festival. We hung out and had fun so when he came to Lagos to research a programme about ‘Why Nigerians Love Country Music’ he based himself with me in Ikoyi while he travelled around.  What he found was that all over the country, Nigerians were dressing up as Cowboys and playing Kenny Rodgers. The results of that trip were broadcast on BBC radio 4 and you can find more about it here      https://www.bbc.co.uk/programmes/b09cz0zs

Of course, the more you listen to music from around the world you appreciate that music is a language that you understand with the heart and soul and not necessarily with the mind. It is not a logical thing. Rhythm and inspiration have been travelling along side traders forever since that days when Greeks, Berbers and Phoenicians would have taken musicians to play their music from home and remind them about the lloved ones they were missing. To think any style of music is free from other influences is just foolish. Country, despite its frequent racism and misogyny took European folk as its roots but included influences from the music of African slaves and Latin migrant workers. I talked in Blog XXII    https://outsiderinside.co.uk/chiswick-confined-my-corona-blog-xxii/      about how African American Blues was influenced by the music of West Africa but then in turn trade and returned slaves re-influenced Palm Wine Music and Highlife. 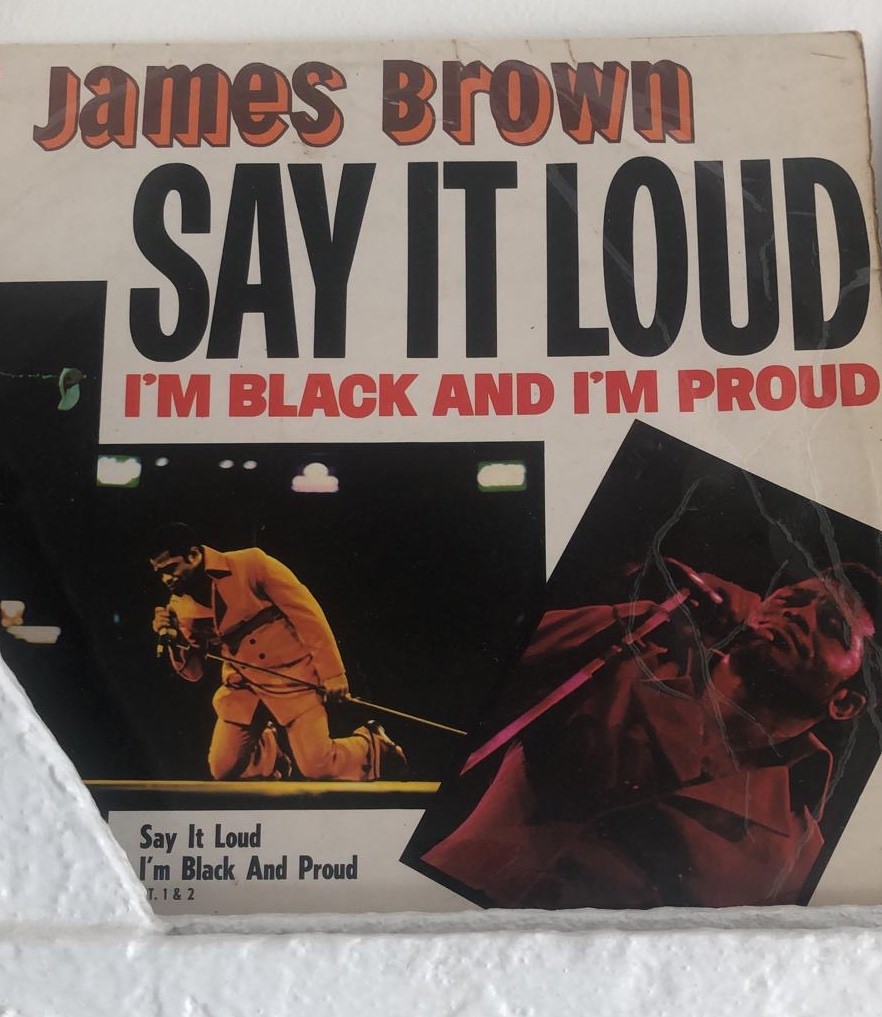 Shea’s Vinyls included another of my favourite artists – especially when its time to “Get up offa that thing / And shake ’til you feel better” – James Brown’s 1969 album “Say It Loud – I’m Black and I’m Proud.” During the 1960’s Brown had been developing his sound through R&B and gospel and into the Funk sound that he is now synonymous with. At the same time Fela Kuti was developing his own sound out of the more traditional Nigerian Highlife. Much has been made of Fela’s 1969 trip to the USA when he clearly owed some of his radicalization to Sandra Izsadore and of the influence of Brown’s music. In fact James Brown was already known in Nigeria and was the bedrock of several musicians’ acts including one Geraldo Pino who was playing in the same clubs as Fela during this time. Brown himself toured Nigerian in 1970 and visited Fela at his club, The Shrine. There was a deep rooted and mutual respect and shared influences between the two musicians that is clear from the development of Brown’s Funk and Fela’s Afrobeat over the next few years.   https://www.youtube.com/watch?v=2UijylaHuzU

Clearly, this would be an over simplification were this an attempt at serious analysis but rather it serves to demonstrate how music evolves and shapes itself through myriad influences culminating in a random bunch of albums shared between some flats in West London. Just listening to all these sounds in my lock down evening I can hear how inspirations have ebbed to and fro across the Atlantic in some of the most unexpected ways.

At some point I will come back to Lloyd and Shea’s Vinyls but I am going to leave you with yet another type of music that influenced and was influenced by all the styles we have been considering. When my old mate Fabbeh read yesterday’s blog it reminded him of our shared student dates. In those days Fabbeh kept himself trim by doing dance workouts in his room and it prompted him to send me a link to some of the other music he was dancing to. Fabbeh had been brought up in East Africa but even there the music of Francophone West Africa, particularly Camerounian and Congolese was popular. That style of music has morphed through Soukous, Makossa, Rhumba but is still as recognisable today from the rhythms and the liquid guitar licks as it was back in Fabbeh’s youth. Again, in the echoes of that guitar and some of the harmonies you can feel the same influences that I have been rabbiting on about. I love it! I couldn’t find a Video of the actual track he sent but I think this captures the spirit of it.

So I leave you first with Fabbeh’s favourite Franco and le T P O K Jazz Band from Kinshasa.  They played in front of their home crowd during the concert that accompanied the great Rumble in the Jungle in 1974.  It is just a short clip but it gives you a feel https://www.youtube.com/watch?v=3CsKhpm7Wvg    and this is James Brown at the very same concert.  https://www.youtube.com/watch?v=hRubq5D-3kM