In which our Hero keeps it simple with a Vinyl share for the day.

“Day after day, alone on a hill
The man with the foolish grin is keeping perfectly still
But nobody wants to know him
They can see that he’s just a fool
And he never gives an answer 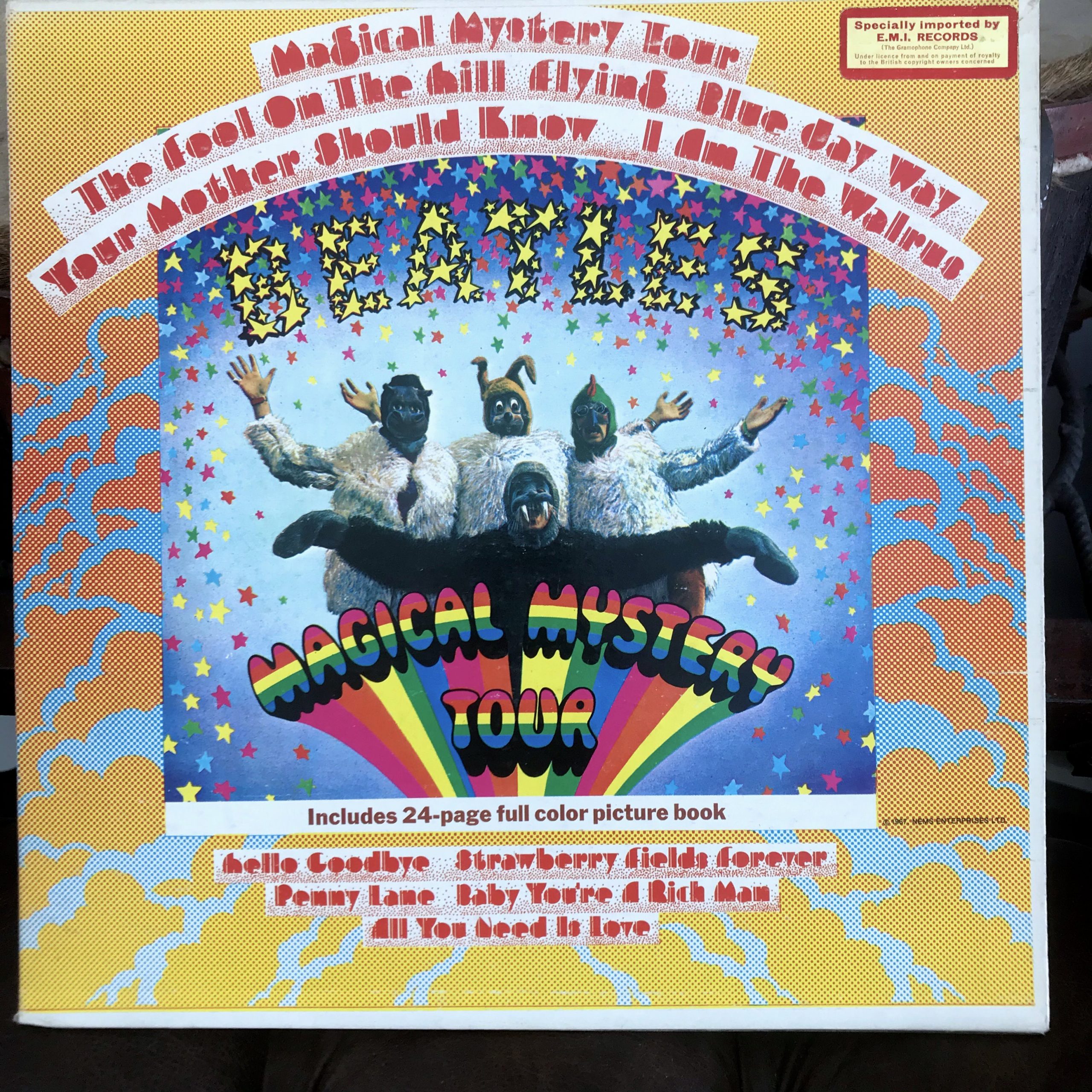 I have no recollection of how how I came about this album. The UK original, of course, was a double EP * and was released in December 1967.  There was also television ‘Movie’ that was shown on BBC a couple of weeks later. I was 14 and I was allowed to have some friends round to watch it.  I can remember we moved the TV into the dining room and my father was not wildly enthusiastic as he did not like ‘pop’!  We may have managed to sneak in a couple of bottles of cider.  I grew up with the Beatles, the Stones and other wonderful bands as the sound track to my childhood but when we eventually got a little mono Dansette style record player my first single purchases were Hendrix’s “Purple Haze”, The Moves’ “I can Hear The Grass Grow” (with the amazing B side ‘Pull the Chain and Stop the Train’) and “Arnold Lane” by Pink Floyd.  I can also remember my sister, impressively cool for a 13 year old, having “Ain’t Got No, Got Life” by Nina Simone.

Anyway, this is an American Import.  This version came out as a full Album in November with all the 1967 singles included.  You can just see the sticker saying ‘Specially Imported by E M I Records ‘ on the top right hand corner.  At the time I bought my records either at Woolworths on Hounslow High St (partly because it was actually pretty easy to nick them from there) or a small independent record shop with good listening booths.  I can’t remember where that was, either near The Bell Corner or possibly opposite Hounslow Bus Garage, where there was also a Wimpy Bar.  However, I think I bought this album much later when I was in Brighton (1973 to 1979) probably in a second hand record store.  Really, none of these songs would be anywhere near my top ten Beatles tracks but ‘Fool On The Hill’ quoted above would be my favourite of The Magical Mystery tracks. The lyrics still resonate today even though there are, as always with Beatles lyrics, lots of stories about how they came to be. The most likely is that Paul saw a strange man on a walk across Primrose Hill in North London who spoke to him and then disappeared.  He was taking a lot of acid at the time naturally.  Another story is that the ‘Fool on the Hill” is the massive Jesus above Rio.  Who knows?

Anyway, the lyrics I will leave you with are from a track on the American album that was released as single that year.  I have made sure it is the last song played at all my birthday parties (I have had a few, bangin’) and that we all sing a long to it.  It is obvious why.  We all should, regularly, and especially at the moment.

* C’mon – you’re not telling me you don’t know what  E P stands for ?  Extended Play – usually 2 tracks a side and played at 45 rpm like a single.  This was six tracks on two ‘single’ size discs.