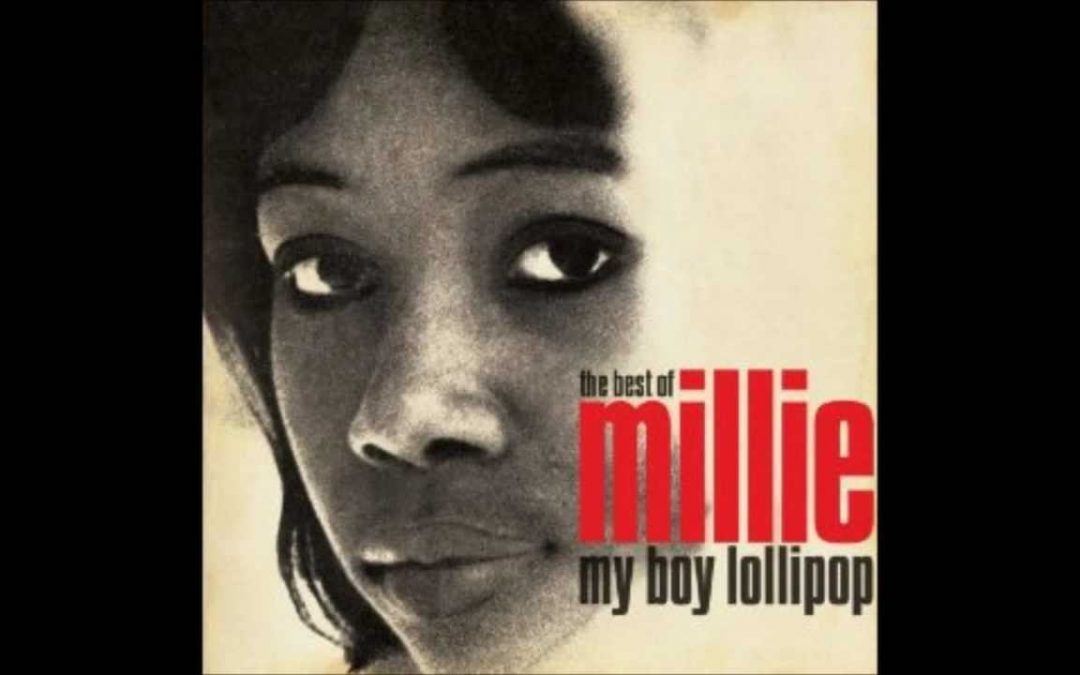 Today was going to be a simple short piece but somehow that never quite happens. When my musical, musician friend Ed tagged me on a Post about Millie Small passing away at the age of 73, from a stroke, I knew what today’s topic would be. However, before I talk about music and how Millie indirectly got me dancing at the old Boathouse in Kew let me go on a rant. 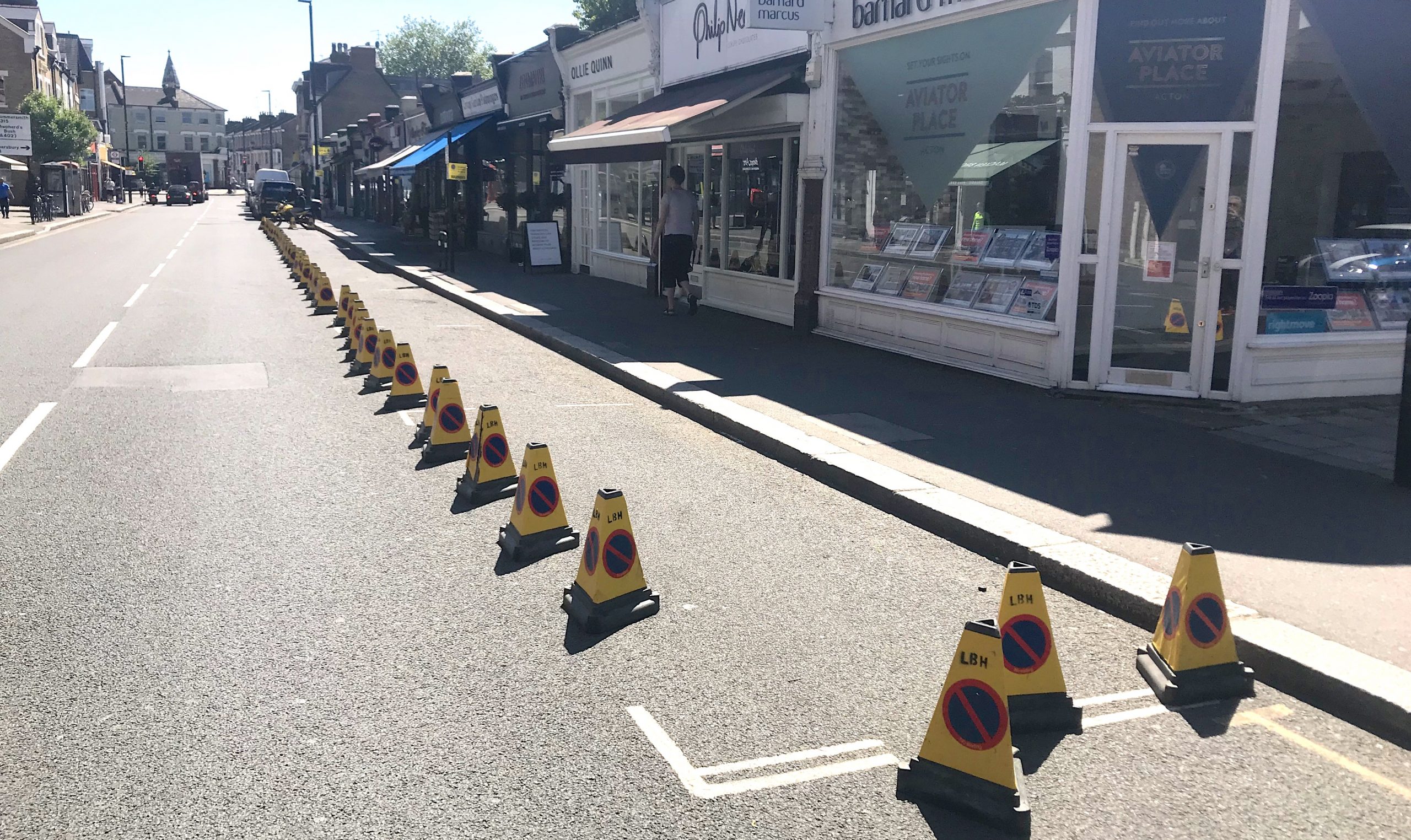 This is pathetic. Over the last few years a number of groups, including Abundance London who have done some great things on ‘greening’ our locale and fighting for more open spaces, have argued for a pedestrian precinct down Turnham Green Terrace. In the last few weeks it has become apparent that Terrace has become a weak link in social distancing because of the popularity of the local shops (great) and the narrowness of the pavements (bad). It seems to me there are three ‘hot spots’. The first and partly due to the poor queue arrangements of Fudges and The Juice Bar on the High Road but right by the intersection with The Terrace is by the traffic lights. Combine the dozen or so people milling around that corner with those queuing for one of Foubert’s Ice Creams and it becomes almost impossible to physically distance on that corner. The next bottleneck is outside the understandably popular Source where the pavement is wide but the council ignored residents’ protests and put several signposts and a kiosk. Finally, the third ‘hot spot’ is where long queues form for Bayley & Sage, Natoora and Covent Garden Fishmonger. Don’t get me wrong, I think it is fantastic that all these local shops are busy though Fudges & Wild Bunch juicer could be more responsible managing their queues. However, Hounslow Council you are wasting an opportunity with this weak response to pleas from community groups to make The Terrace a safer place to shop.

Turnham Green Terrace is the perfect chance to create a traffic free, pedestrian shopping space (I hate the word precinct because that just conjures up images of concrete and the failure to utilise that area in front of the Lyric Theatre in Hammersmith). We are long in need of a permanent market space (the plans for a Sunday Flower market up by the George IV are a welcome start) and for more outdoor, al fresco style shopping and dining. A pedestrianised Terrace would be perfect and if designed imaginatively could help revitalise the entire High Street and environs. It has is near ideal public transport links and the conjunction with Chiswick Common provides even greater opportunities for an inspirational scheme. If it were unreasonable to see a ban on all traffic immediately then surely it would be possible, as an interim, to allow buses and delivery vans but not private vehicles. At least put a permanent ban on ALL parking in Turnham Green Terrace right now to protect pedestrian shoppers. This feeble, unsightly response to the urgency is, as I said at the beginning, pathetic.

Everybody knows “My Boy Lollipop”. When I say to my sons’s generation ‘Millie Small’ I get a blank look but sing the first few bars and the response is ‘Oh Yeh!”. My friend Lucie, isolating in rural France, said on Face Book “My go to favourite song ever. RIP” and she would have been about 7 in 1964 when the song became a surprise No 2 in the UK charts and hit No1 in the US. When Chris Blackwell discovered her in Jamaica and brought her to the UK aged just 17 did they know what they were starting off? Until that date Ska, the Jamaican based forerunner to Reggae, was hardly known outside the Caribbean. The only West Indian music to have some widespread recognition was probably Calypso. ‘Lollipop’ may not seem to be reggae to us now that we have had decades of full on Dub to get blasted and dance to but that lilting pop song was the first record over here to have the Ska cadence, that guitar up-stroke on the fourth beat that became known as the ‘skank’. However, when Millie went back triumphantly for a brief Jamaican visit in 1965 she inspired a number of local Ska artists to come to the UK and try their luck. These included Desmond Dekker (of ‘The Israelites’ fame), The Skatalites (‘Guns of Naverone’), Max Romeo (the pornographically wonderful ‘Wet Dream’ * that was banned by the BBC but still got into the Top Ten) and, of course, Prince Buster. Before we get to Prince – named after ‘Bustamente’, the first post-independence Prime Minister – we should also note that Millie went to Nigeria in 1965 and was royally received – literally because the then Oba (King) of Lagos was so taken with her he was photographed giving her a genuinely affectionate hug. She even travelled to Warri in the Niger Delta. We should not underestimate what this young black girl from the Caribbean represented in terms of the immediate post-colonial hopes and dreams of millions of people of colour who seldom saw one of their own reaching such international recognition. She was also clearly just a lovely open, bubbly personality, which I think comes out in this performance.

Prince Buster is generally credited as being the father of Ska or Blue Beat as it was more frequently called in the UK. This album seems to have been released by the Blue Beat ‘FAB’ label in 1967 to coincide with a National UK Tour. Oddly on the inside it lists the songs as Greatest Hits 1964 -68, so as the only song released here by then was Al Capone they were his Jamaican hits and reflected his confidence as well! I do not remember when I bought the album and I don’t remember playing it at the time though I did have a few Blue Beat singles. In those days many of us collected singles by shamefully thieving them from parties. I do remember nicking a copy of Tony Tribe’s ‘Red Red Wine’ from a party upstairs at the Milford Arms pub in Isleworth. It was the landlord’s daughter’s birthday and which 16 year old is not going to go to a party in a pub? If you are a 60 something woman who was brought up in the Milford Arms in the ‘60’s I apologise wholeheartedly! Anyway, the reggae version was made popular by UB40 from an original by Neil Diamond. Tribe’s version is best by far – Spotify it. 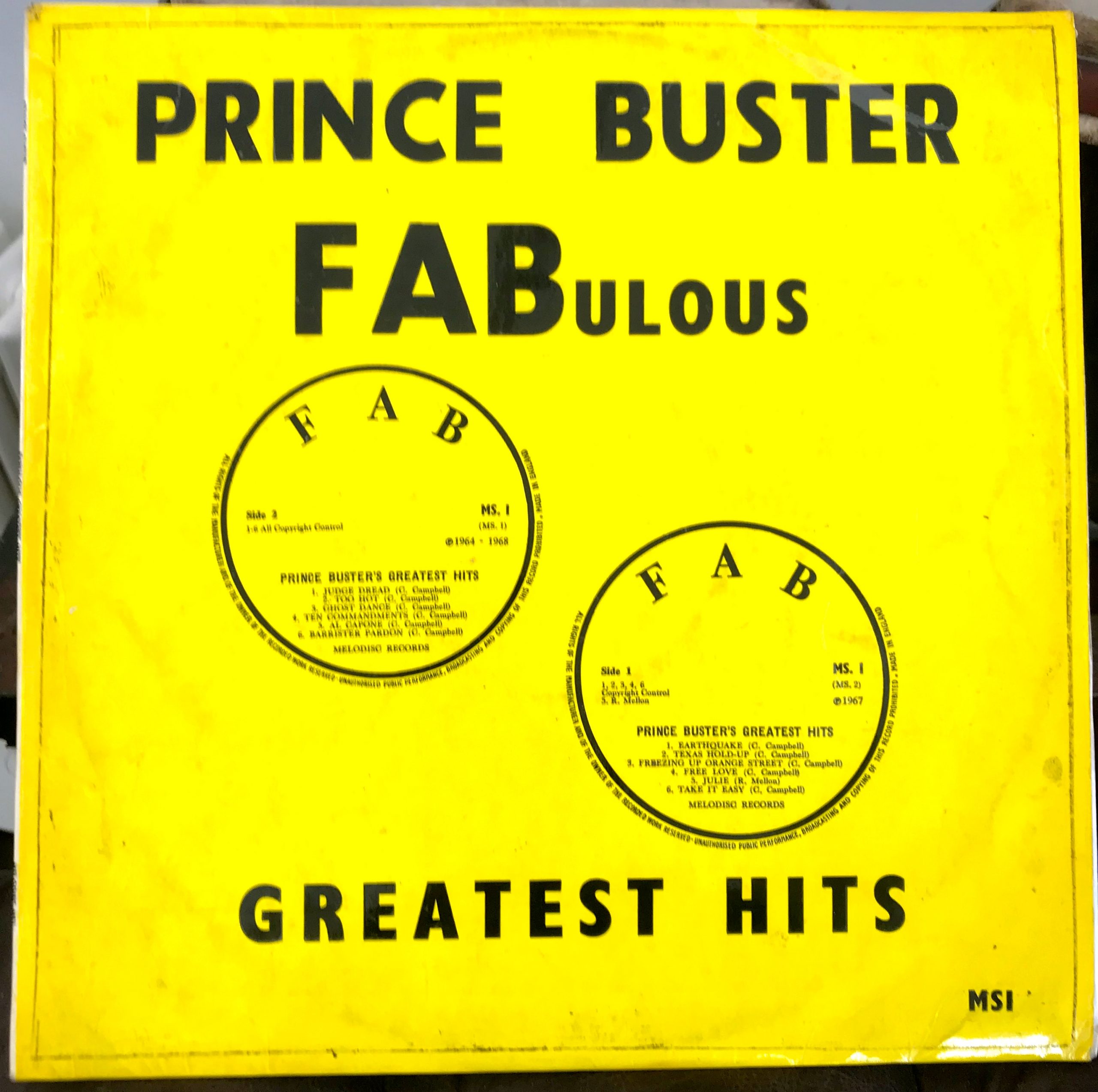 There seems to be very few Videos available from the ’60’s and later versions with their perfect recordings just don’t quite catch the vibe from the originals – so I am going to stick with this – https://www.youtube.com/watch?v=k614Yh8Wl60

At that time there were a few dance halls, I am not sure we called them clubs in those days and certainly not discos, that played Blue Beat in the area. I used to go regularly to ‘The Birds Nest’ in Twickenham but I do remember there would be a fight there most weekends.   Occasionally I used to catch the bus to The Boathouse on Kew Bridge. The old boathouse was roughly where ‘One Over The Ait’ is now. I clearly remember girls dancing in a long line wearing ‘two tone tonic’ suits and clunky shoes. My sister Anne has distant memories of going there with some of her older friends who lived up the top end of Devonshire Road who went out with older black lads. In fact, as I have mentioned in a previous blog the early Skin Head phenomena was music related and multi-racial and was not particularly violent. It was later that violent factions and The National Front hijacked it. I could not afford a suit at first and wore a jumble sale bought suit jacket with ‘Stay Press’ trousers (and either ‘Brutus’ or ‘Ben Sherman’ shirts) until my father bought me a bespoke one from Burtons on Hounslow High St. I did wear them with braces and not a belt too. ** Interestingly, I only went to ‘dances’ at The Boathouse and don’t remember live music but my research for this tells me a great many bands played there including John Mayall, The Move, Fleetwood Mac and Pink Floyd. In fact, on 27th September 1968 The Skatalites played there. I wonder if Prince Buster or even Millie did? 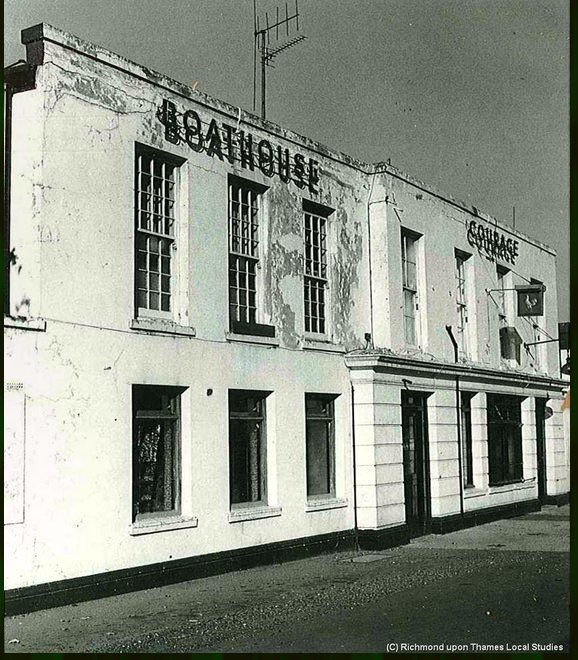 * Inappropriate lyrics for sure but this what we danced to at the Boathouse and other places. I could not find a contemporary clip but this gives a flavour – Max Romeo.    https://www.youtube.com/watch?v=cbWISYHV0bE&list=RDcbWISYHV0bE&start_radio=1

**  This video gives some indication of how Skinheads were at first a multi-racial fashion and music trend. I do not think it is totally accurate – we wore brogues and later loafers (the guy interviewed said eight quid, in fact my first pair of ‘Tongue and Tassel’ loafers from ‘The Ivy’ shop in Richmond were eight guineas!)  Short jeans did come in but Doc Martens boots were much later when the National Front and other violent racists groups developed by deliberately targeting working class youths at football matches and the whole atmosphere changed.  https://www.youtube.com/watch?v=5MWNsSrTlCw