– just for a laugh right?

“I have embraced crying mothers who have lost their children because our politicians put their personal agendas before the national good. I have no patience for injustice, no tolerance for government incompetence, no sympathy for leaders who fail their citizens.”

So, some people think my blog is only three weeks old but that’s only since the lock down. Not many people know that but I invented blogging, in fact I know more about – trust me, I am a great blogger – so, someone asked me why I talk about Chiswick and Nigeria and that’s because people love me, everywhere yes, look I am the most popular blogger since Shackspeare right? I mean a lot of people read his stuff but I have more followers than he does. I mean I have millions of followers on my twitter account, yes millions, in fact more millions than anyone including Shakespeer, I mean he only has less than me, check out his handle I mean, they named a bowl after him and he only has two hundred thousand followers, so like if they named a bowl after me it would have to be a Super Bowl and it would have a bigger capacity than Shaksper’s like his bowl is tiny – check it out only those Brits call it a globe. So I was blogging long before anyone right and about everywhere, you know there practically isn’t anywhere I haven’t been, literally anywhere and I have been to some shit places like North London or Ajegunle or even Maralago,  I mean why would I blog about anywhere other than Chiswick because those other places are not like Chiswick and they send us people that have lots of problems, and they’re bringing those problems with us. They’re bringing drugs. They’re bringing crime. They’re rapists. And some, I assume, are good people but you gotta keep them off the 237……..

So, I thought I would start the day with some light-hearted fun. It’s fine for us to take the piss out of the ‘Golden Orifice’ because its not like British politicians or their advisers would ever try to get away with this stuff? I mean, we couldn’t have a Prime Minister who doesn’t stick to his own Governments’ instructions ?

“I was at a hospital the other night where I think there were actually a few coronavirus patients and I shook hands with everybody, you’ll be pleased to know, and I continue to shake hands,”

Old news? The point is – he set the tone early on (that was March 3rd) that as we Brits had overcome the Luftwaffe, we should ‘press on’ – after all what ever will be, will be – right ? It was only when the idiocy of his attitude came to be unveiled that he changed his tune but the damage had been done. Talking of tunes…….

Que sera, sera
Whatever will be, will be
The future’s not ours to see

You might be thinking of the `Doris day version but for me it will always be associated with…….. 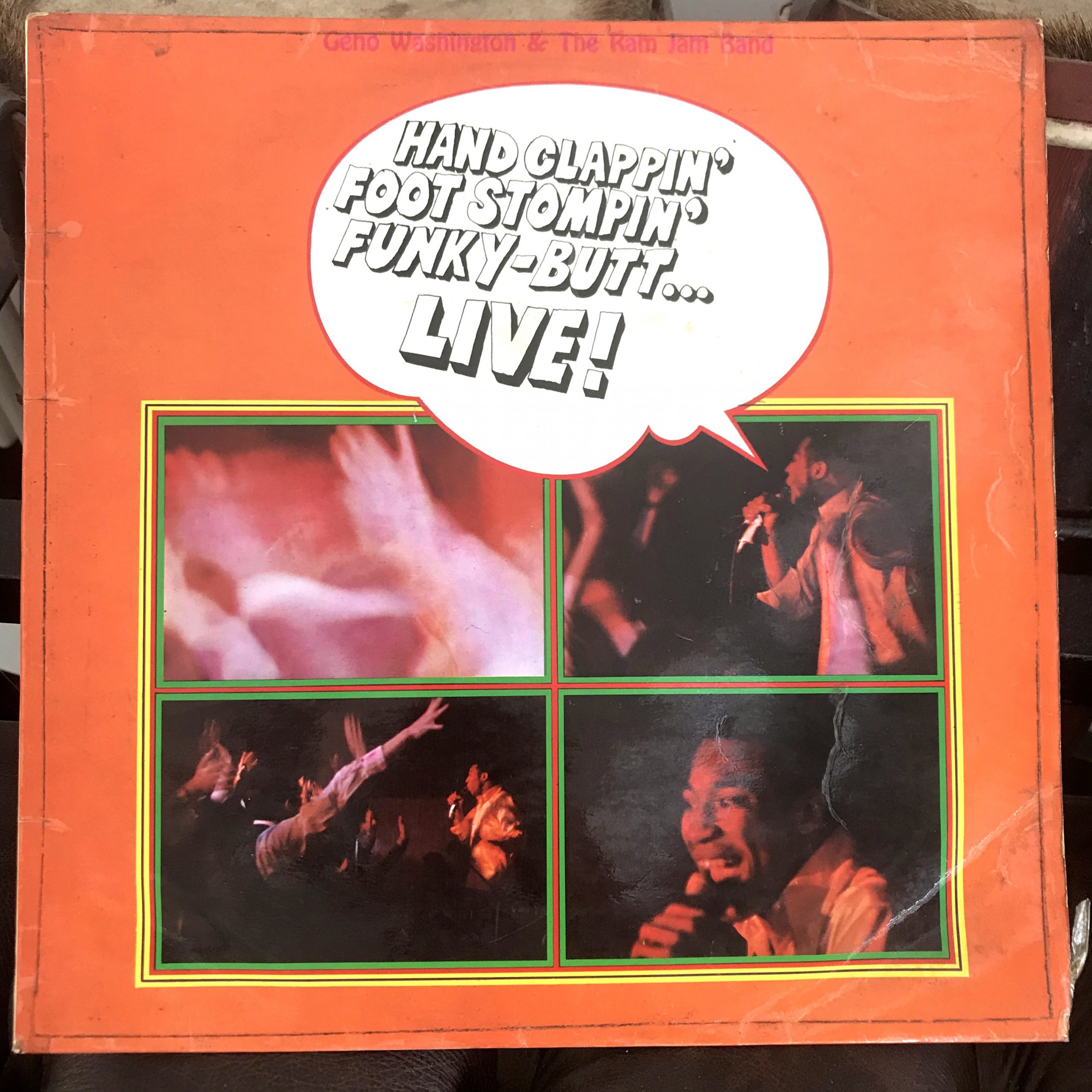 I am not sure if Boris would have ever seen Geno Washington & The Ram Jam Band but I suspect he would enjoy the irony in the title of this album from 1966 ‘Hand Clappin’ Foot Stompin’ Funky-Butt ….. Live!’ Ok, its hand-clapping not shaking but Boris will no doubt be filmed with tears in his eyes, clapping for the NHS again Thursday. Pity he voted against raising those same NHS Nurses’ wages in June 2017.

Anyway, I didn’t see Geno in the ‘60’s but I did a couple of times in the ‘70’s and he was still going strong when I hired him to play at my 50th birthday party in Wimbledon in 2003 (when he was just short of 60 himself). Originally from the US he was stationed in the UK with the American Air Force but stayed on and joined London’s R&B boom in 1965. His energetic live acts were so popular that this LP was in the album charts for 38 weeks and peaked at No 5. Most of the tracks (except ‘Que Sera, in fact) are classic soul covers such as Wilson Picketts’ “Land of a 1,000 Dances”, Stevie Wonder’s “Up Tight” and Sam and Dave’s “You Don’t Know Like I Know” but in those days with no internet and little American music on the formal and stiff BBC Light Programme (long before Radio One etc)  it was the Geno version we were more likely to get to see. He was influential enough to have inspired the 1980 hit “Geno” by Dexy’s Midnight Runners. While he may have been a bit past his best by my birthday party we had a blast and he got everyone dancing.  In fact, he got as much ‘in the mood’ as my guests to the extent that he called me a cunt and fell off the make shift stage but it was all part of the fun and we shared one of his spliffs sitting in the bathroom of his room afterwards. I see from the web he’s still going – I suspect his ‘what ever will be’ could well be on stage during a performance!

Well, I suspect its going to be a few months before I get to see a Live band again but, hey, I could well kick off my infra dig fluffy slippers and slip into the groove – but only after its got dark, obviously.  Stay funky.