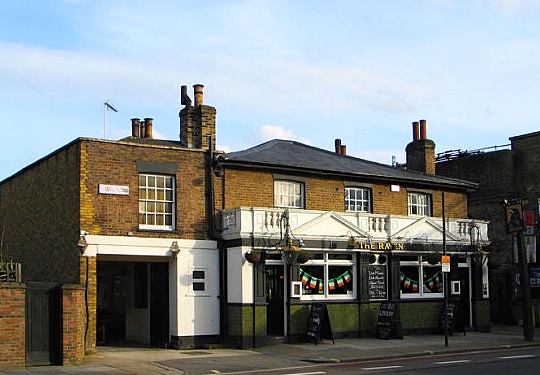 “You shall be free indeed when your days are not without a care, nor your nights without a want and a grief, but rather when these things girdle your life and yet you rise above them naked and unbound.”

It was on Friday 20th of March that I had my last pre-Covid Lock Down pint at my local, which is, as I am sure every reader is aware by now, The Raven by Stamford Brook tube. On Saturday 4th of July landlord Dave Finan welcomed me back in for my first proper pint for 104 days. It was actually on the Tuesday the 24th that I posted my first Blog and entitled it ‘Chiswick Confined’, for obvious reasons. In that first edition I said, “This will be the record of my time here in Chiswick, West London: how I cope and what I see round about me.” Eighty separate Blogs later, this will be the last Blog under that title as, the pubs being open, I can no longer call myself ‘confined’. Any stroll along the High Road will also confirm that Chiswick itself is no longer restricted even if it is still distanced. Don’t even ask ‘what if there is another lock down for a second wave’? The possibility of that remains a concern but let’s just say we will cross that particular bridge if and when we come to it.

So, over those eighty blogs and roughly 112,00 words, equating to two slim-ish but full length novels, I have tried to document some of the practical experiences of a London suburb during the crisis, described some of my mental ups and downs, shared the music that has provided the soundtrack with the aid of my collection of old Vinyls, photographed a few of my locked in recipes, had the occasional rant about the dysfunctional political leadership during the period, and all while trying to keep a window open on the world outside with particular reference to my Nigerian contacts and the explosion of race related content as a consequence of the Black Lives Matter response to the murder of George Floyd. Over the period there was no doubt that the importance of my first pint back in The Raven grew in significance as a symbol of my release from incarceration. Even though for the last few weeks I have been able to sit in a garden and have a can or a bottle and latterly even get a ‘take away pint’ from the Black Lion the first ‘proper pint’ took on mythic proportions to the extent it would signal the end of ‘Chiswick Confined’. 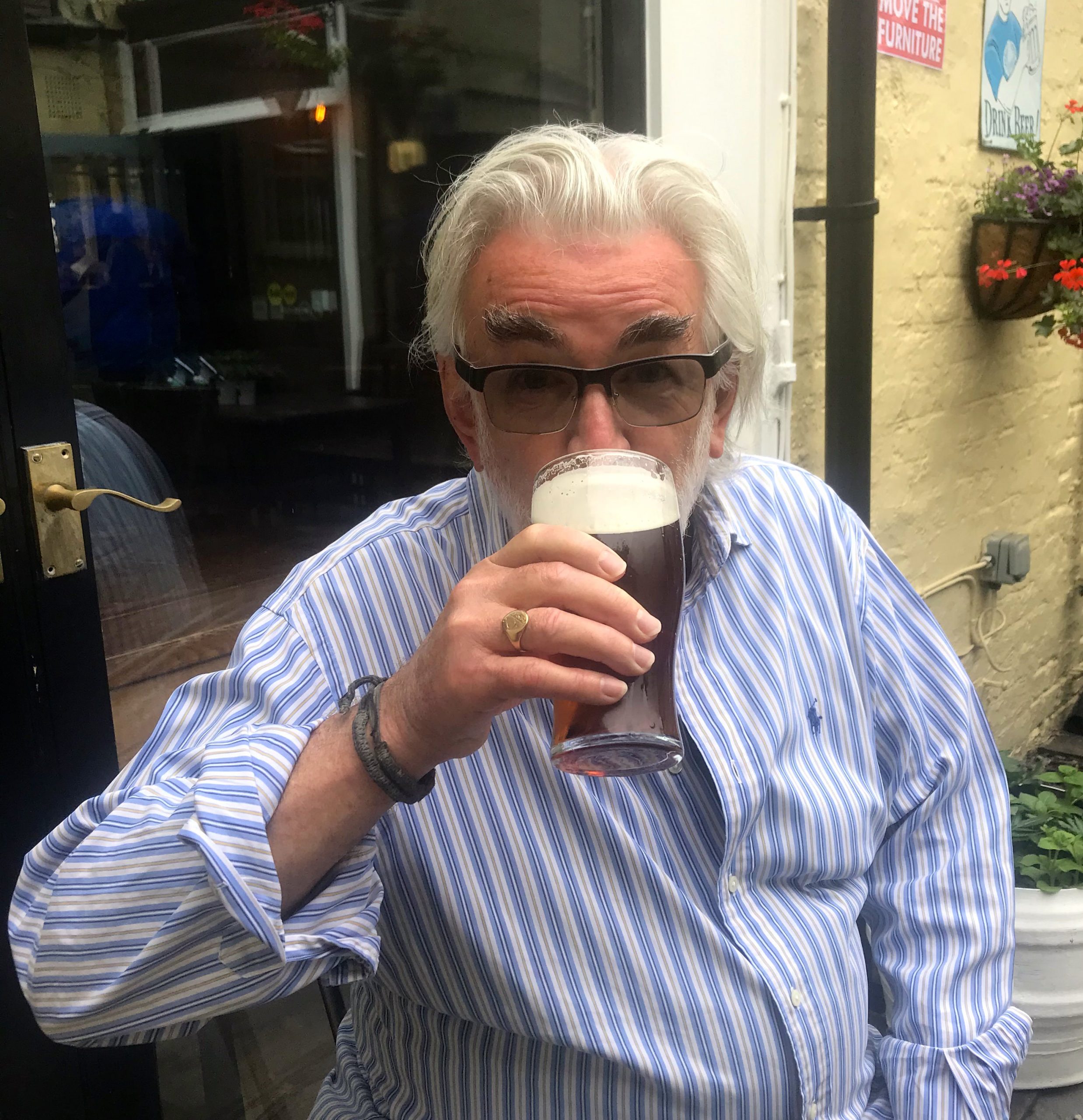 So, there we were at 12.20 on Saturday, son George and I approaching The Raven and the open arms of landlord Dave with only a jar of sanitizer, the track and trace registration, a lecture on the new rules of responsible drinking and a Dutch TV crew between us and our first pint of Marlow Brewery’s Rebellion Bitter.

As we sat in the rear garden, supervised by Alfie the pub cat, I downed my first pint as the weight of built up anticipation slipped from my shoulders like the shorn wool of a winter sheep. 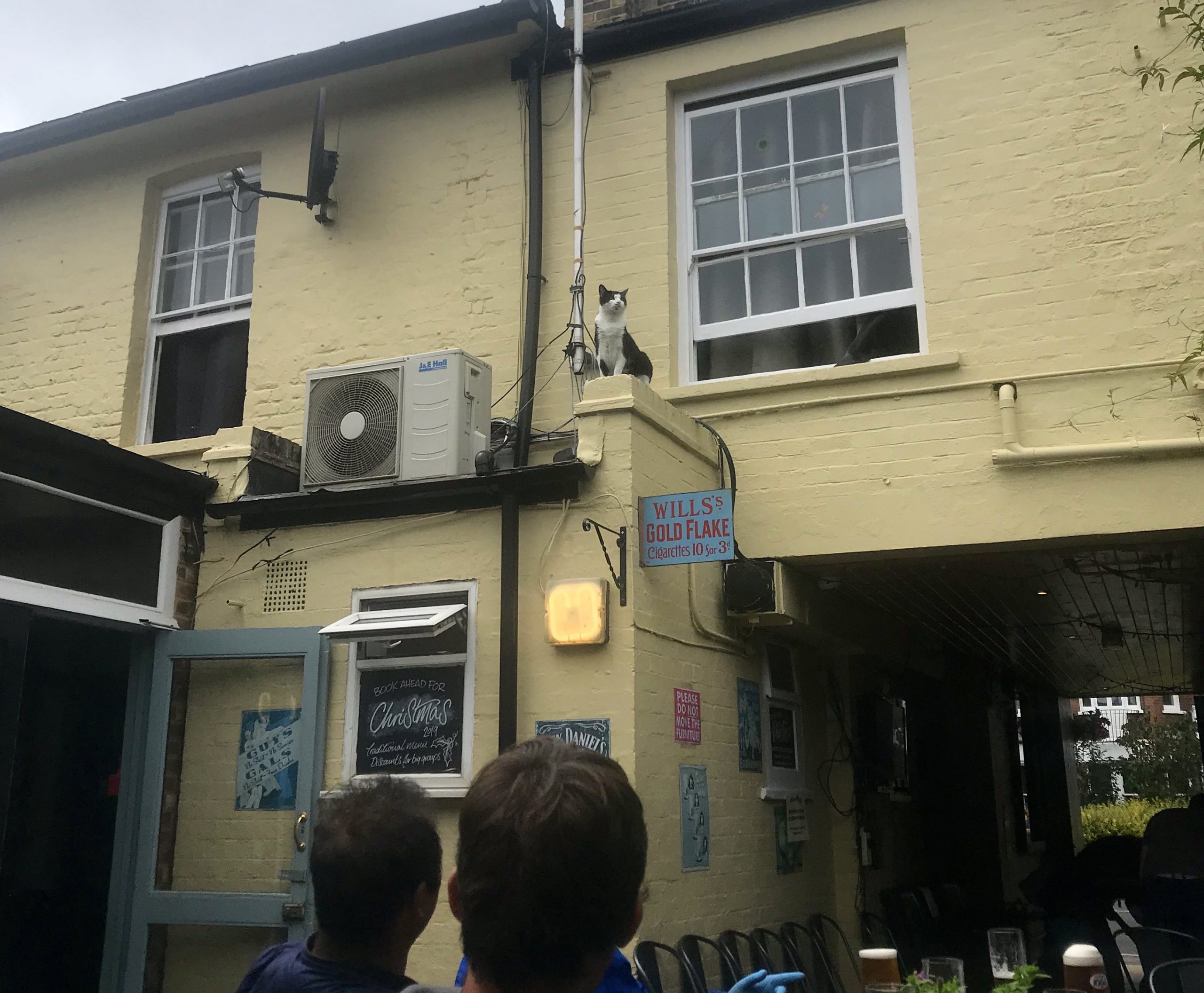 The rationale for a daily Corona inspired ‘Chiswick Confined’ Blog having largely been mitigated by the end of the effective Lock Down does not mean that I have to stop writing altogether. That my more popular pieces have achieved 400 or so readers via my own Social Media is encouraging. However, what has been particularly exciting was to have been invited to work with Bridget Osborne’s excellent Chiswick Calendar. As is clear from the feedback, diverse readers are attracted to different content. The two topics that have had most feedback are from two extremes. The lighter Vinyl musical musings gathered the most comments yet it was the Blogs about Black Lives Matter and the impact of empire on British racial relationships that are the most widely read Blogs by far. So, on the basis of that information I have agreed to continue writing for Chiswick Calendar’s weekly Tuesday edition with a focus on local issues including exploring the local links to my Vinyl musings. I will also Blog later in the week on wider issues where, while I will give free rein to my natural inclination to a good rant, I will also try to pick up on topics inspired by current affairs and my Nigerian links.

Now, what to call it? For the time being I will be physically stuck in Chiswick. As much as I would love to jump on a ‘plane and visit sister Anne in Spain or Oti’s new Cellar in Lagos – that ain’t gonna happen for some time. Nevertheless, I am no longer confined by my surroundings nor is my personal outlook as internally or locally focussed. I am no longer ‘bound’ by the constraints placed on me by the virus. So, the Blog will, after today, be called “Chiswick Unbound”. 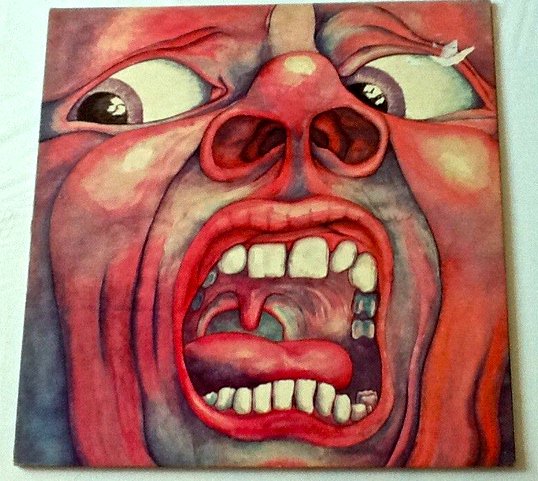 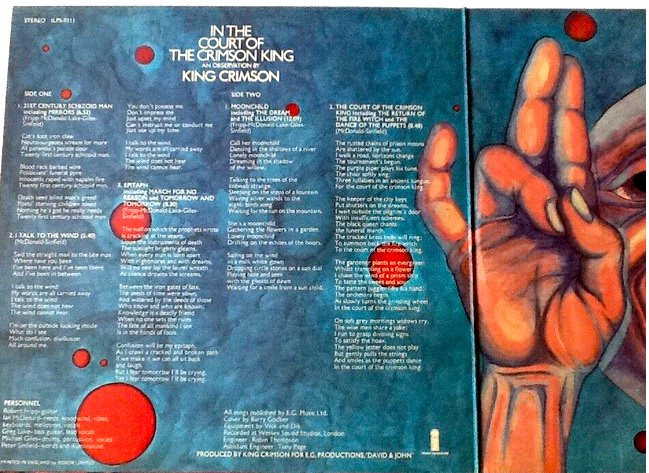 In 1969, the year ‘In The Court Of The Crimson King’ was released I think I saw King Crimson twice. I definitely saw them at the Rolling Stones Hyde Park Concert and I am pretty sure I saw them at the Farx Club in the Northcote Arms, Southall. Here’s a clip of them at Hyde Park that shows how chaotic it all was then compared to modern ‘Health & Safety’ led open air gigs.     https://www.youtube.com/watch?v=MM_G0IRLEx4

However, it wasn’t until a Chiswick Calendar reader, Arthur Harris, sent me an enlightening email that I realised that band member Ian McDonald was a local lad, born in Osterley. After appearing in Crimson’s early line up, including playing several instruments from woodwind to keyboards on the aforementioned album, he and drummer Michel Giles left to form their own band with Michael’s brother Peter on bass, rather unimaginatively called McDonald and Giles. Arthur rightly thought I would be interested to know that on their only album, hidden in “Suite C” and with a guest appearance from Stevie Winwood, there was a track called “Turnham Green”. The album is straight up ‘Prog Rock’ and has its moments though judging by the lyrics and the frequent euphemistic references to ‘drinking tea’ they were pretty much off their tits for much of the time. Well, we all were, weren’t we?     https://www.youtube.com/watch?time_continue=48&v=TdPlGd7MvYY&feature=emb_logo

Ian McDonald went on to have a glittering career with another major band Foreigner, Michael Giles carried on a session drummer while brother Peter became an accountant. We may never know what happened to the girl on a sunny day on the District Line? If you are her, please say hello. 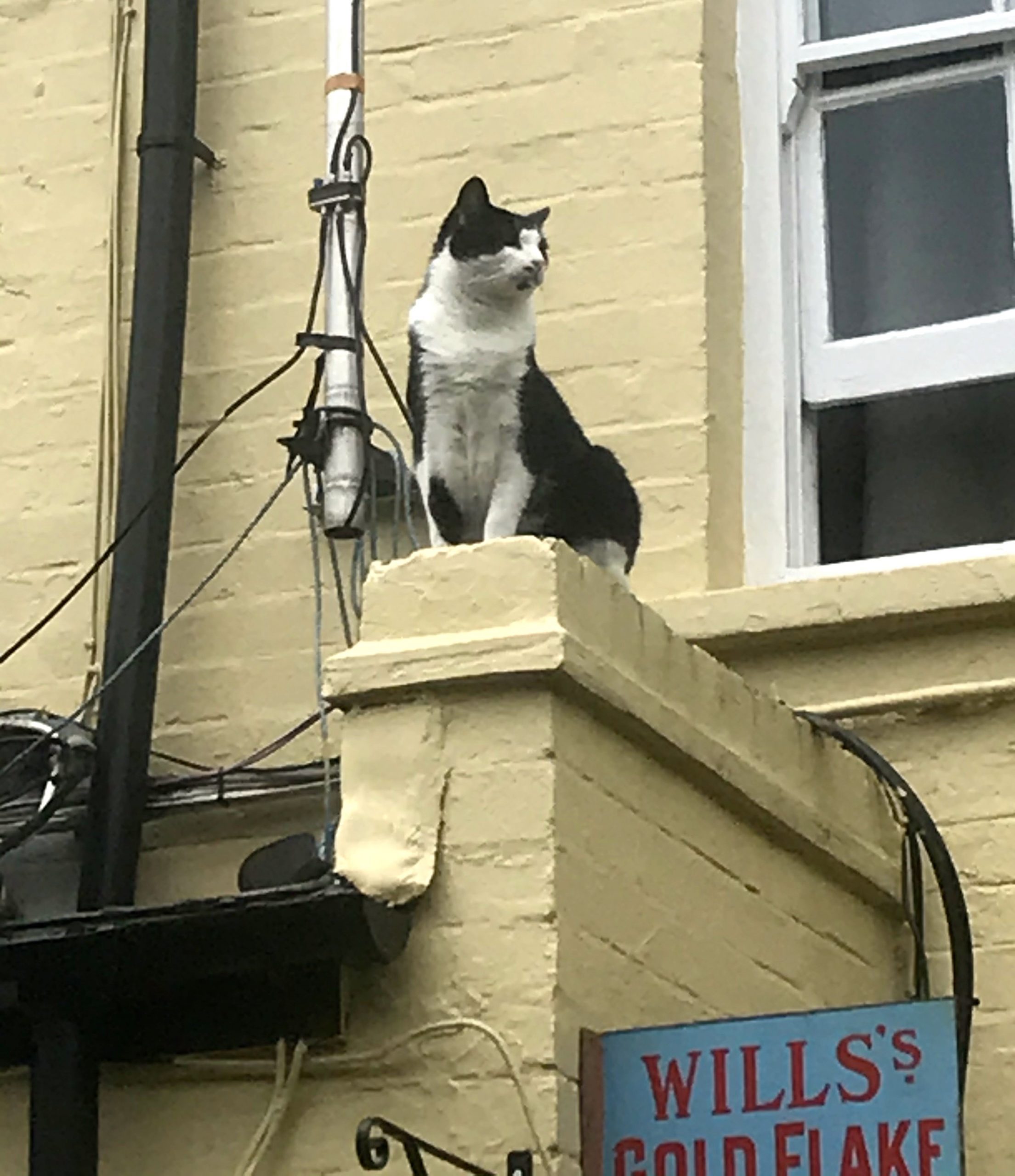 Meanwhile, Alfie says that even if the pub is open there is no excuse for anti-social behaviour. Keep your distance. Respect Others. Safe safe.