Chiswick ReConfined – I got those hold me down, empty ground, make me frown Lock Down Blues

Chiswick ReConfined – I got those hold me down, empty ground, make me frown Lock Down Blues 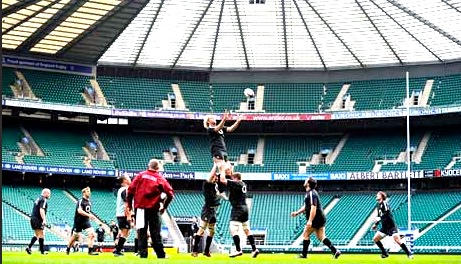 “You may not control all the events that happen to you,

but you can decide not to be reduced by them.”

The fog of Lock Down

This past week has been a struggle if I am honest. In that, I am sure I am not alone. Can I actually sense it or is it that I just interpret the external through my own lens? Not so much dark as that kind of foggy that you need to take your glasses off and give them a polish.

I did have a couple of topics I was mulling over for this week’s Blog. The pathetic whining and lack of reason I heard on the Council’s Online Chiswick Forum would normally be enough to kick start another rant. The Borough of Hounslow is Labour controlled but Chiswick’s councillors are Conservative and they are a particularly insular lot. The highest profile of them, one Joanna Biddolph makes Thatcher sound like Mother Teresa. Looking wider afield a BBC2 documentary on Saturday night about the Nigerian musician and activist Fela Kuti made me think of how so little has changed for many Africans since he joined his illustrious ancestors in 1997. There would be plenty of current examples: Nigeria with evidence becoming available of the army’s use of live rounds when shooting at EndSARS protests, Uganda as Museveni brutally hangs on to the power he has had since 1986 (and the courage of another musician activist Bobi Wine in resisting despite multiple arrests and beatings) and then Ethiopia as she slides further into chaos and civil war. * I even thought of doing a review of local Take Away food because I have had some absolute crap delivered in the last week. However, such is my current feeling of Lock Down Blues that inertia, commonly referred to ‘I can’t be arsed’, won over.

I do not think it is just me. During the first Lock Down there was a constant chorus of Zoom chats with twenty people, online quizzes and virtual hang outs with friends and family but these seem to have dwindled. ‘Zoomed Out’ now seems as much as a Covid cliché as ‘New Normal’ was first time round. There was a strong community sense of ringing round to check on people but that energy seems to have dissipated and calls have largely been replaced by short “Hope you OK?” Whatsapp messages, answered with just a neutral emoji.   It seems also, during my visits to favourite cafes or local shops, there is less enthusiasm and more ‘well, we’re just making end meet’ type of responses. There was another government announcement as I was writing this this but I find no signs of confidence that the government have a bleeding clue. As we head towards Christmas I find a widespread concern that there will be yet more lock downs before a vaccine changes the dynamics of the pandemic. Talking of vaccines the sight of the local lunatic fringe’s anti-vaxx and conspiracy theory stickers down the High Road would be a rant-worthy subject had I the emotional energy.

Getting off my Arse

Nevertheless, I urged myself, it is important to maintain a positive routine so I did manage to shower and stride out to the shops or around Ravenscourt Park most days last week. I even managed shared strolls in Kew Gardens and along the Thames with friends – two persons exercising being allowed. Despite the weather all the open spaces seemed almost as busy as during the summer. There were fewer beer type carry out parties but this time the playgrounds are open and I noticed they were full, especially after school kicking out time. I also have noticed a few regulars like the chap who brings his own desk chair to Turnham Green and enjoys some fresh air while he reads the paper. I like the ‘coffee in a telephone kiosk’ near the church and a flat white and an empanada sitting on a nearby bench is my reward for getting off my backside. In fact, it is those little rewards that keep me going out to my favourite places: like a Take Away coffee from the smiling ladies of Parle Pantry or a bacon roll from Ali at the Ritz. If you think my treats usually involve carbs, you are right but I am putting my mental health before my waistline at the moment. ** That’s my excuse! Fortunately the weather was decent over the weekend so I was able to get some exercise before settling down to watch the rugby. May’s second try against Ireland was certainly on my list of cheery moments though watching an empty and atmosphere-absent Twickenham Stadium somewhat mutes the joy. I have also enjoyed watching more of the Women’s Rugby too. That has really come on over the last few years with strong technical skills and some searing pace on show. This weekend England had World Rugby player of the year Emily Scarratt on the bench – and needed her experience to kick the winning goal against France on Saturday. Do give it a watch if you haven’t already.

Talking of Saturday, I wandered into Ravenscourt Park before the rugby and it was heaving. I had forgotten about the weekly Farmers’ Market and while there weren’t a huge number of stalls there was plenty of interesting product on display. Needless to say, I treated myself. Again. I tasted and bought some amazing hot sauce that the stallholder told me was her Grenadian grandmother’s recipe using tamarind. It would have been churlish not to select a little something to go with it from the March House Farm stand – as they are from Melton Mowbray it had to be a pork pie. 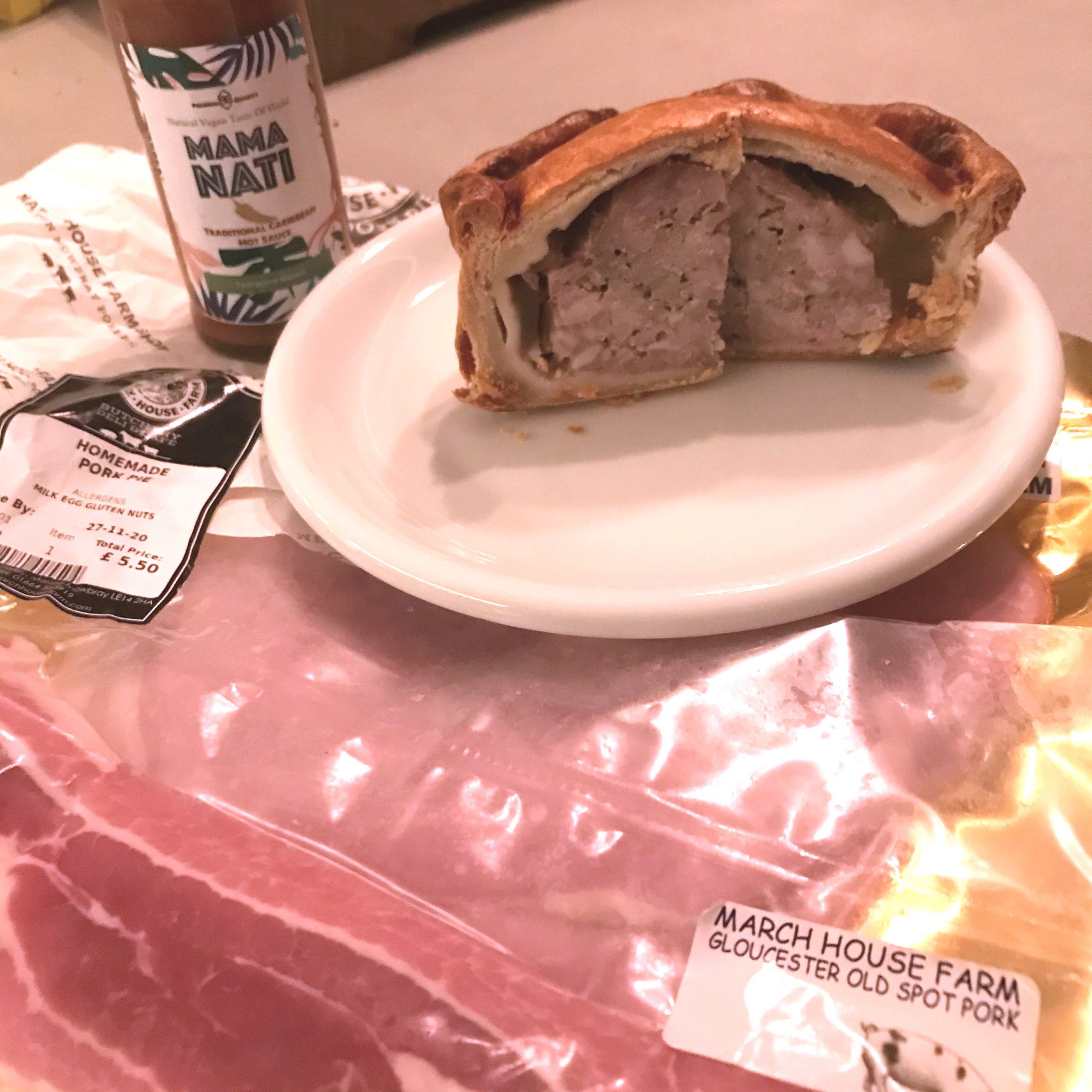 A quick dash back for kick off took me past The Raven to collect some beer. Landlord Dave did not fancy the boys in green’s chances and so it proved. Consequently, when I went back Sunday to collect my roast, he was pretty sanguine about it. Then again, I am sure watching it alone in his empty pub it would have been hard to build up the usual passion. 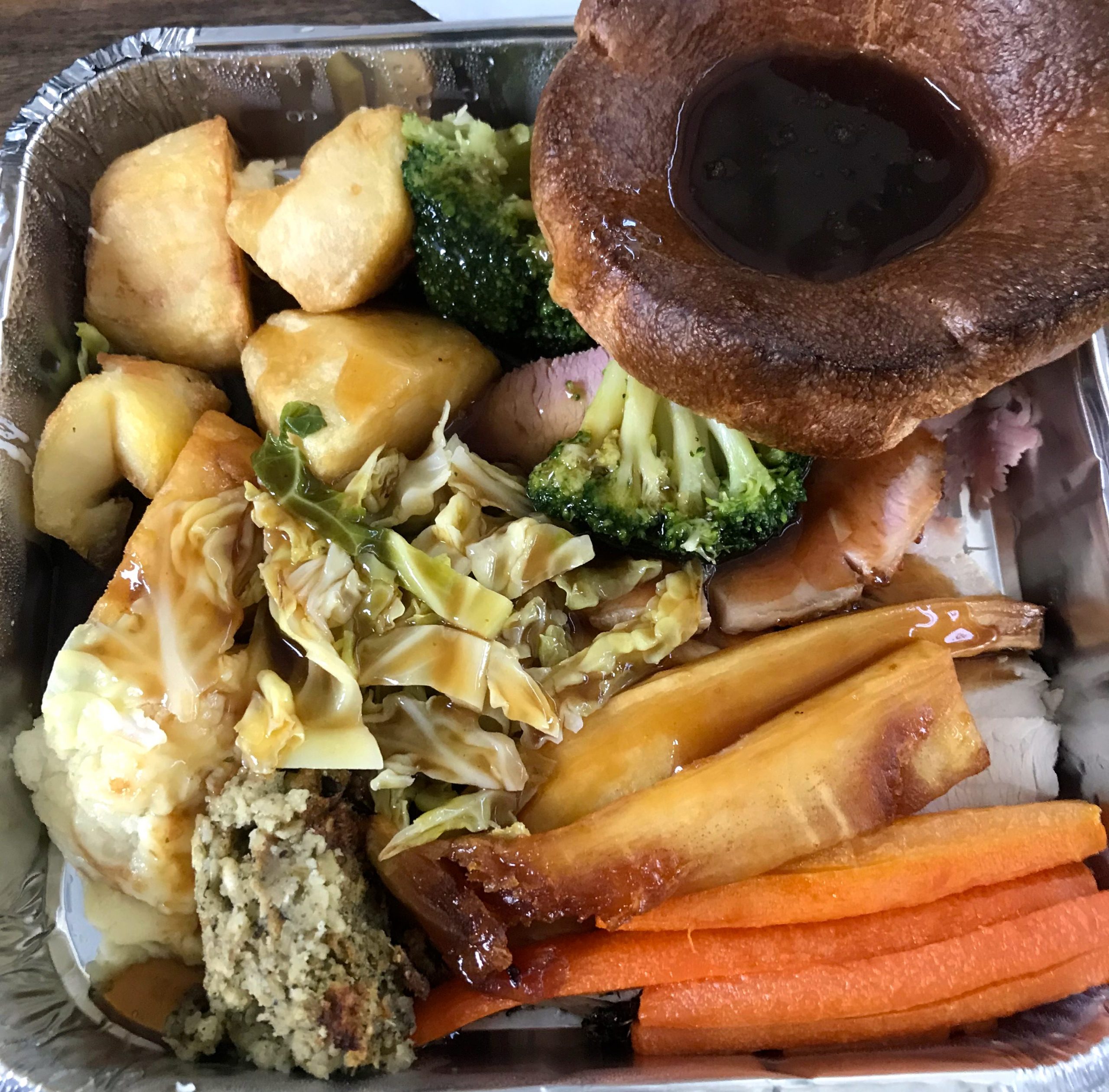 Take Away Turkey & Ham Roast Sunday Lunch. Ok I would rather be sitting in The Raven eating it with a pint but beggars can’t be choosers.

So, as I struggled this week, I know I was not alone in my low feelings. More than ever it is important to get out and make the most of those moments of human contact and give yourself small rewards for hanging on in there. Stay safe. Be kind.

A little cool, chill out music

For this week’s musical interlude, instead of talking about one of my old Vinyls: selecting a You Tube version and trying to find some obscure links to my own experience, here is some cool jazz. I came to Jazz very late – I do have a couple of old Vinyls but they tend to be jazz-fusion, a more aggressive style. I owe my recent induction to the world of Bee Bop and dinner Jazz to my ‘brotha by anotha Mutha’, Oti Bazunu and all the aficionados of Oti’s cellar in Lagos – miss y’all. So, in late evenings of Lock Down TV watching George and I have taken to a little relaxing classical music or jazz on You Tube to wind down. 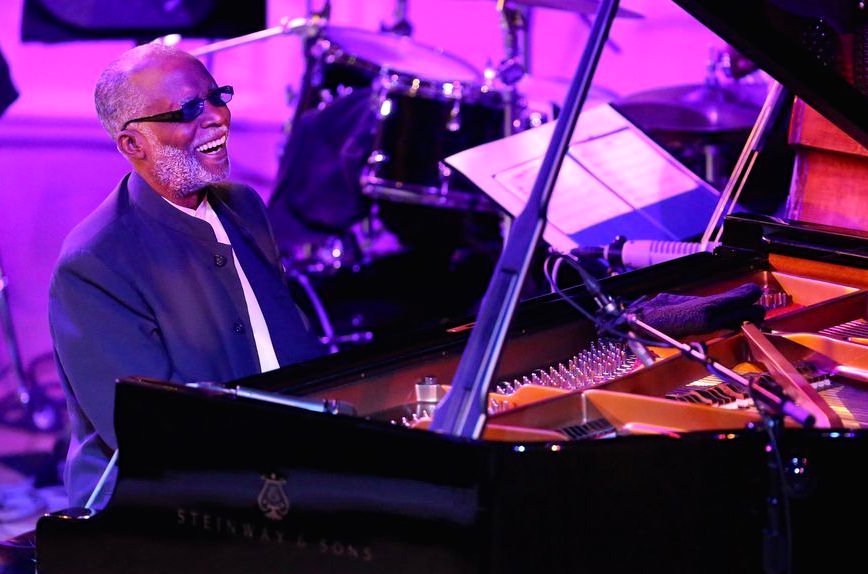 This selection is of Ahmad Jamal playing live in Paris in about 2011. Born Frederick Russell Jones in 1930 – yes, he was over 80 when this was recorded – he converted to Islam in about 1950 and gave up his slave name for Ahmad Jamal. The song he plays here, ‘Poinciana’, is based on an old Cuban folk song about the flowering tree that I believe must be related to the Christmas related Poinsettia as they both have red leaves. Maybe you already know his music. If you don’t, then add listening to Ahmad Jamal to your ‘cheer me up things to do during Lock Down’ list. Enjoy.  https://www.youtube.com/watch?v=cytUz9KkK9M&list=UUynDWen7sleNWJDZ3MBcHEA

* I may well yet Blog on these lines as more evidence of the Nigerian Governments’ brutality comes to the fore and as Bobi Wine continues to take on Museveni in the forthcoming elections. Do, however, catch the BBC2 Arena programme by Biyi Bandele on iPlayer. There are a couple of moments when a Fela purist’s eyebrows might rise but then again, Fela was not adverse to inspiring the odd eyebrow rise himself.