Chiswick ReConfined & ReConstrained – A Winter in more than one sense

Chiswick ReConfined & ReConstrained – A Winter in more than one sense 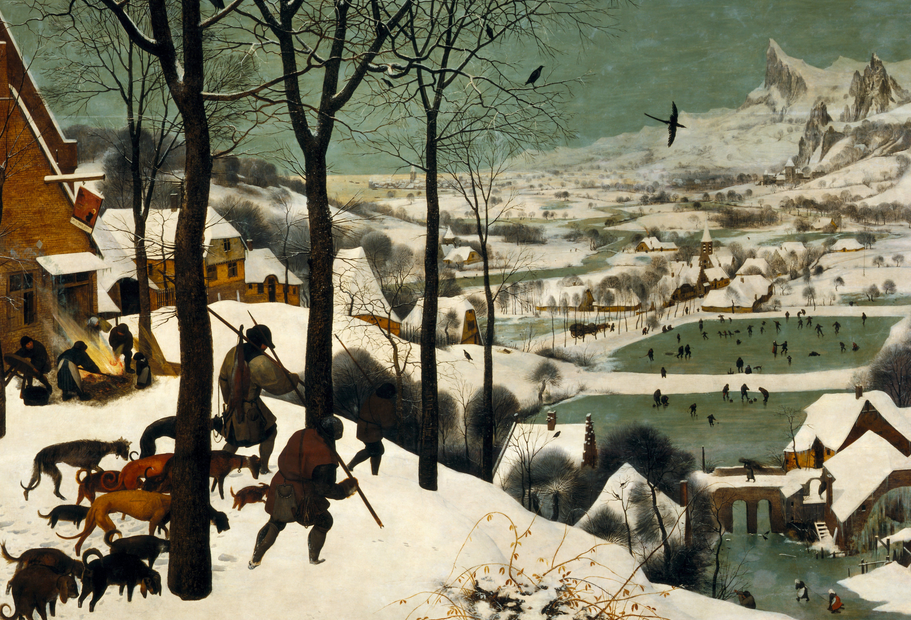 My view of the featureless cold sky brings no cheer to my spirit. As I stand gazing into the middle distance like some lonely sentinel from days of yore (or Game of Thrones, same thing) I imagine that the windows to my flat’s balcony look over a medieval castle yard. 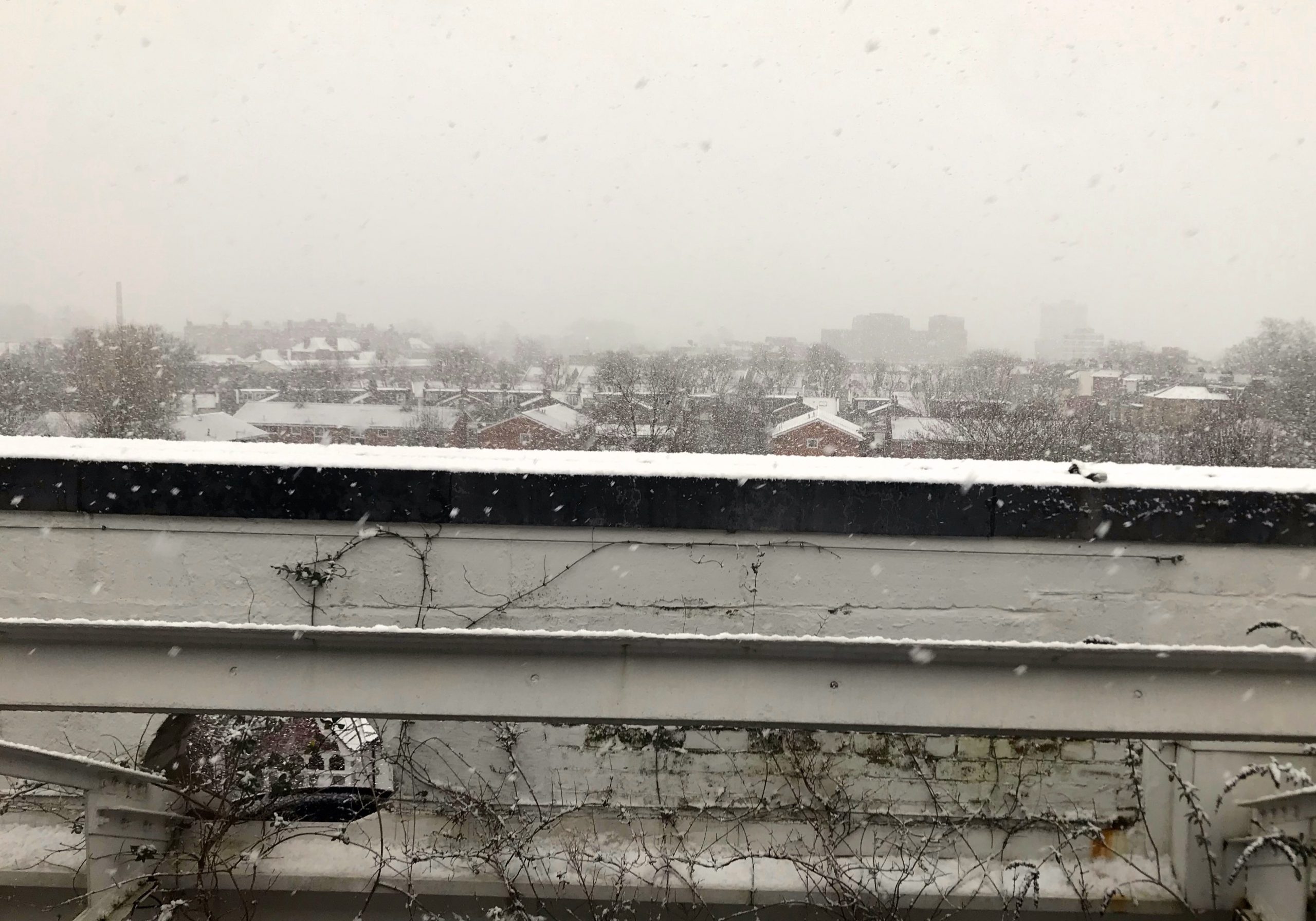 I throw away my NHS crutch; bunch my shoulders under my isolation-apathy, tea-stained hoodie and, leaning through the crenelated battlements as I channel my latent Laurence Olivier, I declaim……

“Now is the winter of our discontent.”

I mean. What could be a better descriptor of where we are now?

And it is winter. Bleeding Norah, is it winter? *

I had to post a parcel on Friday. My weather App informed me it was zero degrees but ‘Feels Like’ minus six. I looked across the fortifications and beyond the thin columns of blue smoke drifting up from a hundred peasants’ fires and thought “Hmm, it is quite sunny so it can’t be that bad if I keep walking (hip replacement hobbling actually)’. Bad mistake!

To be fair, the local Post Office is pretty organised these days but the distanced queue does stretch round the corner and on a good day the wait is twenty minutes. Further bad news was that the weak sun was behind buildings so my huddled sojourn was without even that limited warmth. It was so cold people weren’t even looking at their phones ‘cos they needed to keep their hands in their pockets! Imagine that, a whole queue and no one was texting or watching Tik Tok for, like, minutes! After that wait and then others outside shops the phrase ‘wintery discontent’ does not even come close. Normally of course I would pop into one of Chiswick’s many cafes for a recuperating hot soup or even a cup of coffee but being caught doing that now would result in excruciating flagellation from an armoured sergeant at arms. My other fall back, a take away ‘flat white’ from Good Boy café on the common, sipped relaxing on a bench watching witches being publically burnt at the stake just by Abundance London’s flower garden was clearly not on the agenda. So, it was hasten back to my castle keep, throw another serf on the fire and huddle over the flames and imagine the flickering shadows on the bare walls were of dancing maidens. **

In fact, that gave me an idea. To help distract me from my gloomy of pondering of a return to the dark ages I reminded myself of Macbeth’s Three Witches. In fact, I went back to an early draft Folio of ‘The Scottish Play’ and found that ol’ William had specifically predicated what was going to happen this winter. In the famous Act 4, Scene 1 witches’ tableau he actually prophesied Trump’s acquittal. Amazingly his original version was

This clearly refers to the failed indictment after a second impeachment and what that portends for the future of western democracy. He changed the final version a bit.

Then he perfectly describes a press conference as Boris announces his latest magical solution to the UK’s dire Covid situation.

“The PM has a baboon’s blood

So thinks his charm makes all good”

(“Cool it with a baboon’s blood,
Then the charm is firm and good.”)

Thereafter, further recognising that the quality of Boris’ ministers leave something to be desired and that cabinet meetings have a certain archaic thinking to them he goes on to predict a new unseen variant only picked up through blood tests.

(“O well done! I commend your pains;
And every one shall share i’ the gains;
And now about the cauldron sing,
Live elves and fairies in a ring,
Enchanting all that you put in.

By the pricking of my thumbs,
Something wicked this way comes.”)

I mean, recently someone managed to film a Cobra meeting as they sought to define the emergency response to the pandemic. This previously unseen clip shows just what I mean. Guess which one is Priti Patel. At one point they throw a piece of Gove’s genitals into the pot. Needless to say like most reptiles he can grow another.  They were meant to include some of Kier Starmer’s guts but they couldn’t find any.

Not convinced that the Stratford bard had an eye on our current predicament? Well, talking of wintry discontent I reckon Richard III could well reflect much of the history of Boris’ political life: opportunism, lying though his teeth, failure to judge the mood of the populace, being more about form than substance and ending up increasingly isolated from his political base. Sure, I don’t mean literally but, you know, there are echoes in that figuratively stabbing people in the back, multiple sexual partners and exotic dress sense that make you wonder. Even Dominic Cummings is like that shadowy character that critics and historians debate endlessly as the possible ‘murderer in the tower’ – didn’t he have links to Barnard Castle? Just asking?

I don’t actually suggest that Boris will come to a sticky end looking for his horse on Bosworth Field but. Picture this. The inevitable Gove coup takes place while Boris is out doing one of his excruciatingly nauseous hospital PR visits somewhere in the midlands. It could even be Hinkley and Bosworth Community Hospital! As the news comes in the previously sycophantic media scrum desert him to go and catch Cove’s announcement on a television somewhere. The doctors and nurses who had been rounded up as camera fodder for the political circus wander off to do their proper job. Suddenly a distracted and isolated former Prime Minister appears all alone on camera. As the shot pans away Boris is left looking desperately for BBC’s Laura Kuenssberg. “A Horse, A Horse….” Or in his case…… “Laura, Laura, I promise one last exclusive if you let me explain to the people…..!” Just as Shakespeare wrote of a king’s desperation for his mount, that symbol of power and a means of salvation on the battlefield so a failing politician desperate reaches for the oxygen of publicity that might extend his political life. Maybe this ‘Winter of Discontent’ refers as much to the political arena and as a metaphor for the criticism of the government’s Covid management as it does for my walk down the High St? Who knows? 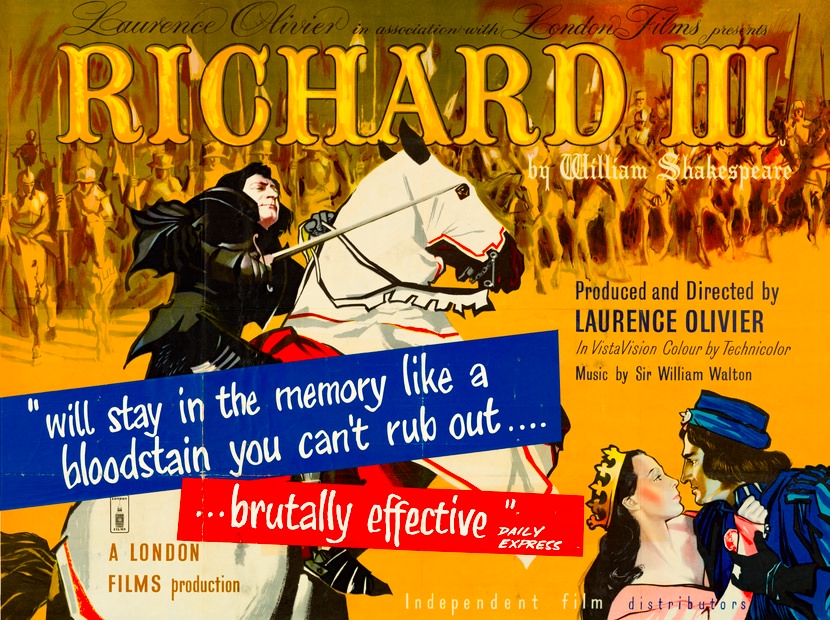 Sorry, I can’t resist………. Boris TheTurd. “will stay in your memory like a skid mark you can’t rub out…..”

So, as my musical illustration I originally was thinking of some blizzard ridden rock video featuring Black Sabbath or Meat Loaf but as my mind meandered, as it is wont to do, I thought “Baby, It’s Cold Outside” might be the perfect send off. Then again, what version? Written in 1944, the song first appeared in the 1949 movie ‘Neptune’s Daughter’ starring Red Skelton. Sung mainly by Esther Williams and Ricardo Montalban it one that years Academy Award for best song. Probably the most popular version was Dean Martin’s though Willie Nelson and Norah Jones had a good stab at it. However, I have gone for a version that contrasts the frosty, cold theme of my blog with a warm, comforting and affectionate live version by the late great Ray Charles and Dionne Warwick. I suppose I could claim a link in that the Earl of Warwick was a major player in Shakespeare’s Wars of the Roses plays but that might be stretching it. Just enjoy.

* Poor Norah. I wonder who she was and why was she bleeding? A quick google brings up some weird suspects like a maid of the Duke Of Wellington who beat another servant to death in the kitchen and to a famous WW2 ‘Nit Nurse’, who went round schools to treat children suffering from nits. The real answer is that it is probably a form of ‘bloody horror’, much as ‘gawd blimey’ comes from ‘god blind me’.

A slightly less acerbic version of this Blog appears in Chiswick Calender.