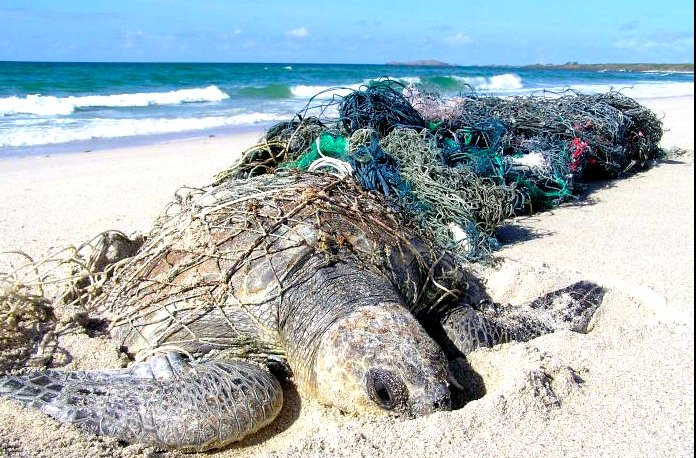 “A robin redbreast in a cage

Puts all heaven in a rage.”

If there has anything that I can look back on over the last Covid year as contributing to my maintaining a modicum of sanity it has been the humour, gossip and occasional abuse of old friends. Organised zooms, old fashioned ‘phone calls and even the ubiquitous Whatsapp group chats have all formed part of my lock down safety net. As I have commented, as time has passed, the novelty of the large Zoom quiz evenings has worn off but there is no doubt the smaller catch-ups and shared experiences have been a life-saver.

However, one of the other pleasures has been to occasionally catch up with the next generation: the offspring of my mates. This has been a tough time for them. Many are working at home sitting in bedrooms in shared houses, on furlough or have actually been laid off. Several have come back from University only to have the next stage of their life effectively put on hold. This age, typically late twenties to early thirties, is often critical for personal and career development and the past year has been tough on both for obvious reasons. Catching up with them, maybe outdoors take away coffees for the local ones, participation in wider group zooms or social media or just hearing news through their parents has been important to me. After all, I have known many of them since infancy and, as the same generation; many grew up with or have known my own sons throughout their lives. It is always a matter of great joy to hear the pleasure and sense of pride in my mates’ voices when one of their children has achieved something significant – whether it is a new grandchild or news of promotion, an item of activism or an achievement at work or elsewhere.

In particular, this generation is facing an unprecedented set of challenges. The Climate Crisis and looming extinction events, the polarisation and open corruption of our politics, particularly with the rise of popularism and the increased levels of hate generated by new right wing groups and facilitated by uncontrolled social media, the collapse of restraint by capitalism’s mega-rich as social and economic disparity increases everywhere are all exacerbated by the pandemic. I am inordinately proud that both my sons and many of their generation are actively responding to these challenges. So, I would like to share with you a recent initiative of my older son’s partner – after all, this is ‘Chiswick Confined’ which means this piece counts as ‘local girl done good’!

No one really knows how many Sea Turtles die each year as a result of the direct impact of man. Pollution is a major cause, especially sea-borne plastic. It is believed that up to half of all turtles have ingested plastic in their stomachs that prevents them from digesting their food properly. Discarded fishing gear is another major problem with something like 1,000 turtles a year washed up on beaches entangled in nets or discarded equipment. Add to that: consumption and illegal trade of eggs, meat, and shells, coastal development, other marine debris, global warming, ocean pollution from oil and chemical spills and the turtle-shell trade. They are particularly exposed because all seven species recognised as sea turtles: green turtle, loggerhead, kemp’s ridley and olive ridley turtles, hawksbill, flatback and leatherback all migrate over huge distances to reach their spawning beaches. 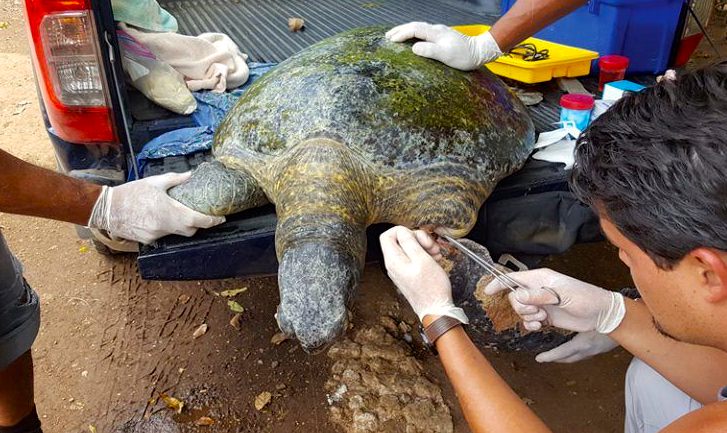 I certainly know that conservation agencies can only guess the scale of the problem because my friend Elda Akerele who patrols a strip of beach just outside Lagos is not on anybody’s statistics. The young men and boys who make a hand to mouth living from small scale fishing and hustling tourists and company guesthouses know that if a turtle is found washed up that she will pay them to call her and help with the rescue. Otherwise said turtle will end up in a cooking pot. That whole sandy coast-line of West Africa stretching many hundreds of miles would have once been traditional turtle breeding grounds that no longer exist, having been destroyed by man. Elda is a one woman dynamo when it comes to protecting her strip, maybe a few miles long, saving turtles and paying the children to collect plastic and bury it in pits (as there is no other option) but even she has her limits.

Three species are officially registered by ICUN * Red List as “endangered” or “critically endangered”, three more as ‘vulnerable” and the seventh, the flatback, is listed as ‘data deficient’ but all are considered endangered enough for all trade in sea turtles and their parts to be banned by CITES **. Rescuing sea turtles requires expert knowledge. Although there are many centres around the globe that are specialised in the rescue and care of sea turtles and they face similar challenges, because the different species are so spread out around the globe, there has been at times, a challenge to connect them. This is where our local girl made good comes in.

Dr Claire Petros hails from Kew, where the family home still is and went to school in Kingston. After studying Biological Sciences at Oxford University and veterinary medicine at the University of Bristol she travelled to North Carolina, USA, to experience working for the Turtle Rescue Team and experience sea turtle medicine in practice. It was only after volunteering for Ocean Spirits in Grenada and witnessing stunning leatherback turtles nesting that her desire to work with sea turtles as a veterinarian was envisaged. Claire started with the Olive Ridley Project in 2016, and helped set up the first sea turtle veterinary clinic in the Maldives where she is now the lead veterinarian. As a Sea Turtle consultant since 2018 for the Swiss NGO OceanCare *** Claire is researching Aquatic Wildmeat (the capture and use of animals such as dolphins, manatees, turtles, crocodiles and seabirds for either human consumption, traditional medicine or as fishing bait), with a focus on sea turtle consumption in the Indian Ocean. 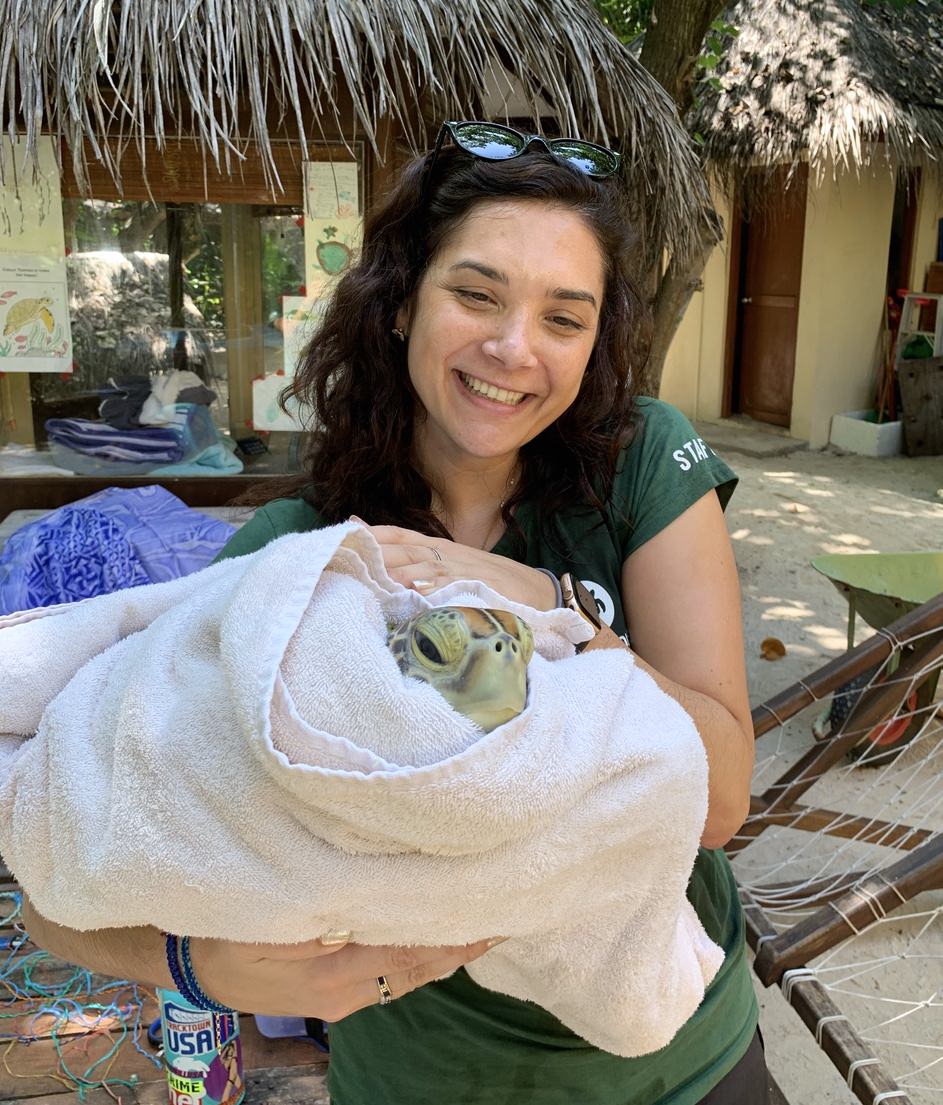 In the worldwide effort to rescue injured sea turtles, there is a wide diversity of knowledge, experience and data being collected and utilised by passionate sea turtle veterinarians and conservationists every day. Working with OceanCare Claire realised this valuable information is often not accessible between centres or regions, when access to that information might be the key to saving or improving the life of the sea turtle patient. After a year or two’s work, delayed by Covid, Claire has helped found The Sea Turtles Rescue Alliance “STRA”, which was officially launched just last week. Recognising that the best way to protect sea turtles globally is for all conservationists to be able to learn from the work of more experienced rescue centres elsewhere in the world, the core aim of this alliance is to facilitate the collaboration of sea turtle rescue centres globally. Claire has just set up a GoFundMe page for this project and by supporting it you are helping to protect an important species as well giving a young woman’s initiate your backing.  https://www.oceancare.org/en/support/donations/ 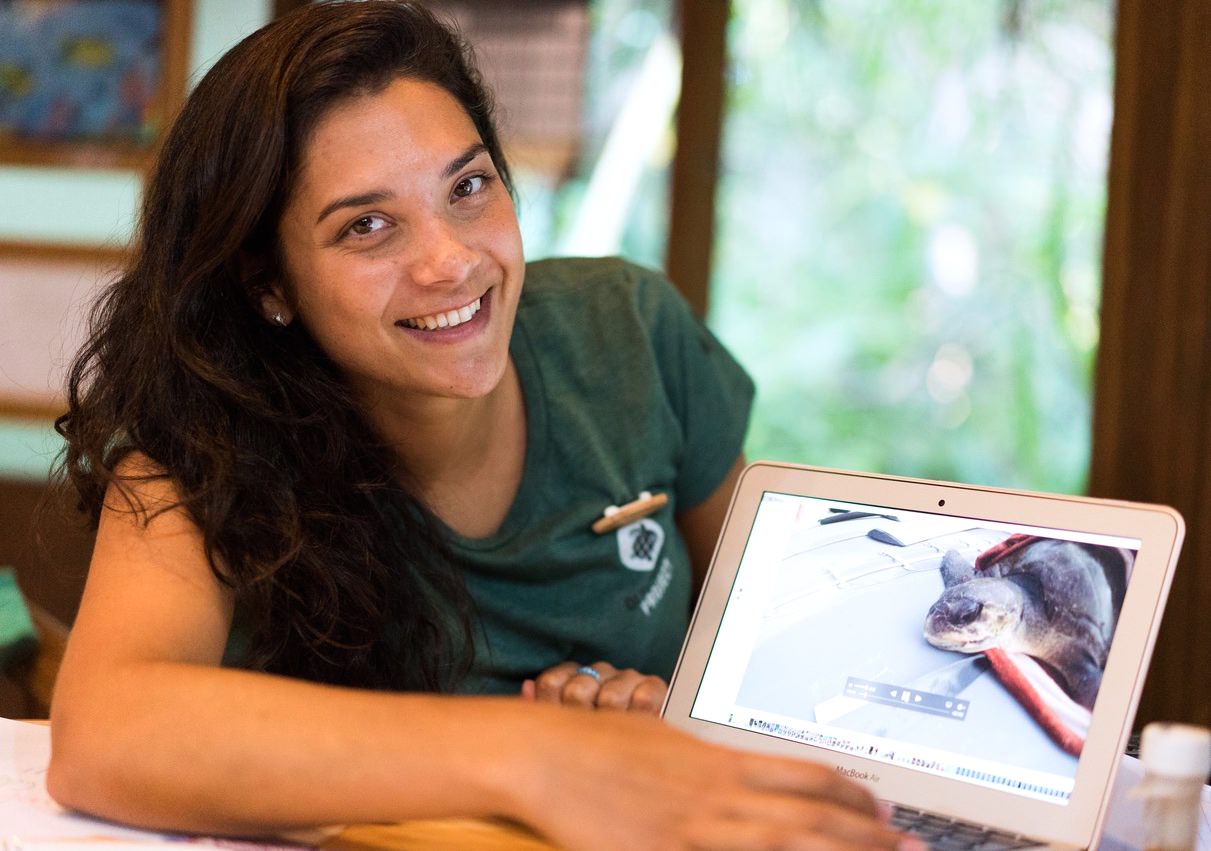 Well, let’s face it. There is only one possible choice as my musical closure for such a blog. I am not even going to introduce it except as to say I think this is the first pop song I can remember learning all the words and would sing it in the bath in my early teens!

*International Union for Conservation of Nature