Chiswick ReConfined & ReConstrained – To Be Stuck or Not To Be Stuck? That is the Question.

Chiswick ReConfined & ReConstrained – To Be Stuck or Not To Be Stuck? That is the Question. 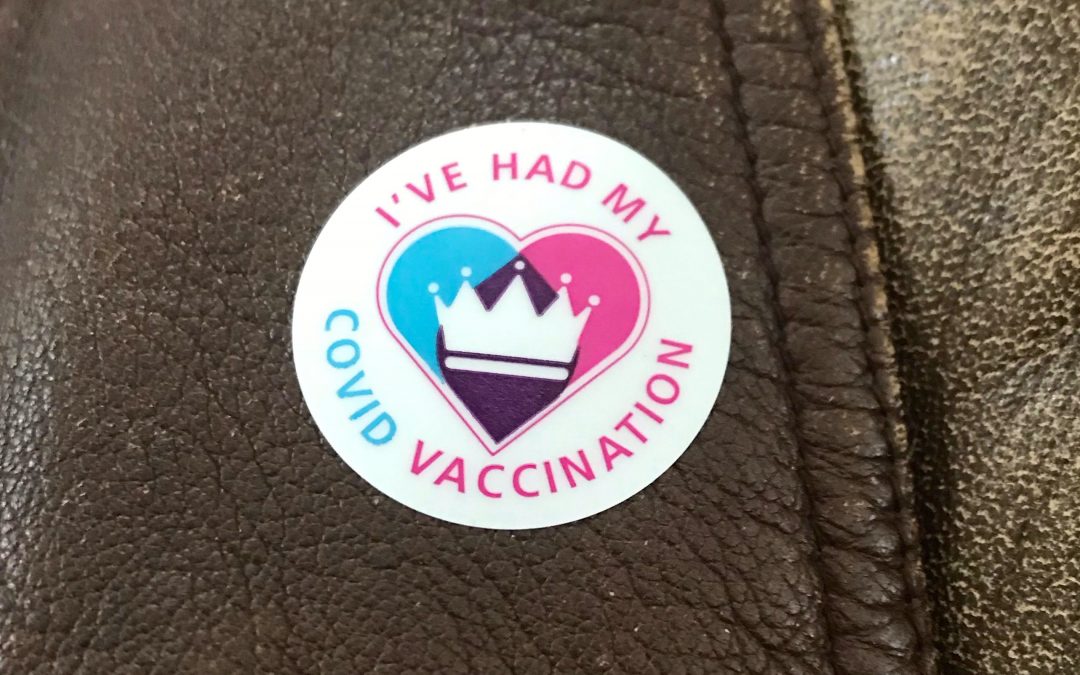 “I intend to live forever, or die trying”

From the Mundane to the Magical

Sometimes, already almost a year since I started writing about my experience of living in Chiswick during a pandemic, I kind of forget the original purpose of the blog. Logically, when I started I could have anticipated the potential length of time this would be go on but it never really seemed likely. Emotionally it would have been hard back then to consciously admit what I guess in hindsight seems should have been pretty bloody obvious. Consequently, this week I undertook a step that was momentous and, in its own way, historic but just felt mundane and routine: I had my first Covid vaccine. It all seemed so straightforward that it is hard to remember that this should be seen as an extraordinary, and still for some people, controversial, moment. So I think it is important to share it.

One of the reasons I think sharing the experience is helpful is that there are still many people in London, let alone out there in places like Nigeria where I know friends read this, who are in two minds, even implacably hostile, about taking the vaccine. I was actually going to start this section as a kind of spoof conspiracy of my toes turning into lizard talons as I walked back from getting my jab or the sensation of the micro chips in my bloodstream sending messages back to Bill Gates’ global control centre. These are of course allusions to the more outlandish QAnon style conspiracies and with echoes of the 5G theory still doing the rounds there are still some extreme anti-Vaxxer nut jobs around. In the autumn there were some bizarre flyers from such a group stuck on lampposts and bus stops in West London and I wished I still had the photos I took of a couple of them.

However, there are what could be described as conspiracy theories that do contain grains of truth. In normal times I am not a fan of what is called ‘Big Pharma’. This is not the topic of this Blog but there are countless examples of the immorality, I would even use the word evil, perpetrated by pharmaceutical companies in their relentless search for profit. I can offer one example as I was in Nigeria in 1996 when, during a meningitis epidemic in the North of Nigeria, American Pharma-giant Pfizer (and one of the Covid vaccine producers) took the opportunity to illegally and unethically test an unapproved, prototype anti-biotic on children without going through any protocols and without telling parents or, apparently, the local associate company. Five children are documented to have died as a result but once the issue became public Pfizer quickly brought out its considerable legal and PR might to keep it quiet. Despite protracted attempts by the families and even the Nigerian government Pfizer won several cases in court to keep details suppressed. However, in January 2009 a US Court of Appeal ruled that the Nigerian victims and their families were entitled to bring a suit against Pfizer in the States. Inevitably, Pfizer subsequently settled the case out of court with a $75 million settlement that was subject to a confidentiality clause so that the full details never came out. * Apart from children who died directly the case destroyed confidence across Nigeria in western medicine, particularly vaccines. Subsequently the take up of inoculation programmes plummeted and it is impossible to calculate the thousands of children who have died because their parents now refused polio, meningitis and other vaccines.

Clearly, these and a many other atrocities have been perpetrated in the global South and against disenfranchised communities of colour as the corporate perpetrators are initially less likely to be caught and then clearly more able to avoid the true consequences of their actions. If you think I exaggerate, just google. The consequence of this is a distrust of the pharmaceutical industry and many people around the world are hesitant about any vaccines and now especially the Covid one. In the UK this has a corollary in that it is members of the BAME community, many of whom may be ethnically from countries who have suffered examples of corrupt testing or illegal dumping of drugs and so inherit that distrust. In these communities in the UK, initial research shows that up to 72% of black people said they were unlikely to have the jab. The Scientific Advisory Group for Emergencies (Sage) have voiced concerns over Covid vaccine uptake among BAME groups citing historical issues of unethical healthcare research, and structural and institutional racism and discrimination.

There are also specific conspiracies spreading untruths such as vaccines contain animal products inimical to Muslims, Hindus and Sikhs. Even though no major religious bodies have proscribed or even discouraged taking vaccines and many public figures from those communities have spoken in favour, there remains widespread scepticism. As Chiswick is just a part of the borough of Hounslow where in some areas the BAME community represent over half the population the Council have been working hard to persuade their constituents to take up the vaccine but it appears to be an uphill battle.

I have also been told by a number of people that they just harbour doubts about getting the jab. The biggest reason seems to be fear of side effects given the speed at which the vaccines were developed. I have to admit, when these vaccines were approved so early, particularly by a UK government I have so little trust in, I had my concerns about possible side effects. However, I knew people in the NHS who had them before Christmas and as the roll out progressed in January I knew more and more people who had either had it themselves or an older or more vulnerable member of their family had and clearly felt no severe downside. I did hear of a couple with sore arms and one or two who felt more fatigued than usual or had one day of mild flu like symptoms but none more serious. Any concerns I had fell away. I should add, at this point, that I do take up the offer of a flu jab or have done since I have been back in this country and have never felt more than mild fatigue or a stiff arm. As someone who has had years of yellow fever, typhoid and various hepatitis jabs I am pretty relaxed about needles in my arm or in my backside so by the time I got the call I was ready to heed it.

Interestingly, the first call I had was to check how severe my allergy to penicillin is. When I asked why, the caller explained they check as part of the vaccine protocol (mild so no problem). This was about two hours before the surgery actually rang up with a choice of a couple of days for the jab and I was booked for the afternoon of Tuesday the second of Feb. My GP is in the Chiswick Health Practice in Fishers Lane. I turned up the required 5 minutes before time and there were half a dozen people and a 5-minute maximum wait before me. The process, clearly run by enthusiastic volunteers was straightforward and I was shown into one of a series of booths – redolent of polling stations – where there was another documentation check by I assume a volunteer. As I sat in the booth a professional nurse gave me the simple (AstraZeneca/Oxford) jab in my left arm and I was told to wait for 5 minutes unless I was going to drive, in which case it should be fifteen. I walked home (rather proudly my longest walk since my hip operation) with no ill effects. I suffered no symptoms over the next couple of days unless possibly I was a little more dozy than usual. It appeared Chiswick was well ahead of the game as my ‘age mate’ Chip from over the railway where despite being W4 he comes under Ealing had to wait until Sunday and rather than his GP had to attend a vaccine centre in the Town hall. Generally, as I write, in all other ways his experience seems to be similar to mine.

So, I guess my message is, even if you are mistrustful of government (I am) and have suspicions of the ethics of the pharmaceutical industry (I do) I would still recommend taking the Covid vaccine. For me the personal and societal benefits far out weigh the risks. As I write a week after the jab I can report no physical problems though clearly it is far to early to assess the effectiveness.

The art of Feeling Good

I could think of no better song to round up with than ‘Down at the Doctors’ by Dr Feelgood, the Pub Rock/Rhythm and Blues band who put Canvey Island on the map. Being from the other side of London there are very few connections with this side of the metropolis and I have to say I was not a massive fan in the early days. They seemed more popular with my college mates from Kent than with west London lads. They than did seem to play Hammersmith Odeon every year during the ‘70’s but I couldn’t find any record of other local venues.

However, there is only one problem with that particular track. It was recorded the year after guitarist Wilko Johnson had left the band. With front man Lee Brilleaux it was Wilko that created the unique sound, based on R&B but driven by his urgent driving guitar, often described as ‘choppy’. I think I have always been more a fan of Wilko than the band, ‘per se’ as he went on to play with Ian Dury’s band ‘The Blockheads’ and formed a partnership with their legendary bassist Norman Watt-Roy.

As a result I have gone for an earlier track ‘Roxette’ from 1975 that shows Wilko as ‘that clockwork demon’ as someone so aptly called him.