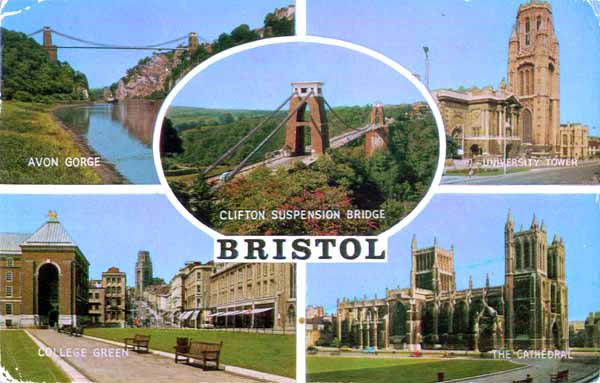 I finally managed to hire a car and escape from the confines of ‘greater Chiswick’ to visit my son Tom down in Bristol. I have caught, properly masked, a couple of tubes and a bus or two for local trips but I was having second thoughts about doing a long train trip especially as the warm weather would mean the trains going west would likely be very busy. In fact, I did later hear from Tom’s house-mate Robin that the train he caught the next day to Bristol was standing room only by the time it got to Bath. Even though most people were wearing masks that would not have made for a relaxed journey. So I was glad I made the decision to hire a car and drive.

Now, it appears that at the moment many people are dismissing the train as an option. Clearly, one reason is the lack of control over sanitising and distancing. In a tube one can move carriage and in any case compliance with guidelines is pretty widespread but a two or three-hour journey on a booked seat is a different matter. As Robin had reported. However, there is also the cost. I have been comparing prices in Europe for a possible holiday by train – since abandoned through fear of the rising second wave and sudden quarantine rules. It is currently possible to go by train from Paris or Brussels to Stockholm, a journey of nearly one thousand miles, for twenty-nine Euros. London to Bristol, a tenth of the distance, is over double the price. It has been frustrating to see how British train prices compare unfavourably with European ones especially when continental government owned European rail companies are shareholders in the UK’s dysfunctional and expensive network- along with the ubiquitously selfish and arrogant Mr “TheGovernmentShouldBailMeOutSoIDoNotHaveToSellMyIsland” Branson. Don’t even start me on a rant about how we can even consider bailing out airlines who refuse to pay anything but lip service to the Climate Crisis while more environmentally sound trains are so expensive.

So, having reluctantly decided to drive and not having a car of my own, I had to hire. It is interesting to note that my instinct is that of the herd because for the last few weeks it has been almost impossible to hire a sensible vehicle (given my pocket and self-image make me hesitate to take one of the more available models like top end Mercedes etc.). The urge to seek the country air or, like myself, to visit much-missed friends and family have meant car hire firms have been inundated. It was only that I was lucky to catch a cancellation at the local Chiswick branch of Zoo Cars that I am, as I write this, plonked in the front room of Tom’s Bristol home. A quick big up to Zoo Cars by the way, for their customer service and friendliness. Unfortunately, the route finder Apps on my phone did not manage to warn me that the M4 was wholly closed between Junctions 5 and 6 forcing me to follow the diverted traffic through central Slough. Many motorways are going through the ‘Smart’ upgrade and I guess the authorities are taking advantage of lighter traffic for other road works, so, take my advice, if you are considering that road trip – check first.

Anyway, pootling along at a fraction of your preferred speed does give time for the mind to wander, prompted by various news items on the radio. Miserable news about increases in Covid cases right across the world, our government’s ill-communicated and suspiciously anti-Eid timed announcements of lock-down in many Northern cities, the suppression of the Russia enquiry and the bizarre collection of dubious peerages encourage me to flick through the stations in search of something less conducive to road rage. Maybe it was my imagination or my hearing was confused by the symbolism of all the road closed and follow the diversion to nowhere signs but I could have sworn there was a radio version of Hamlet that sound just like Boris. Nah, I must have imagined it…………

“O that this too too solid flesh would melt,
Thaw, and tuck itself into my trousers!
Or that that Dominic was not nagging me
to comb my hair and look more statesmanlike! O God! God!
How annoying, chav, and inconvenient
Seem to me all the proles of this world!
Parliament! They laughed at me
at Question Time; MP’s rank and gross in nature
Possess it merely. That it should come to this!
How dare they mock the heir to Churchill!
Trump has not this problem, Presidents from
Kennedy to Nixon; ignored the will of Senate.
Oh they do not understand the pressure that I have
From Putin’s cronies and those banker buggers!
And that Bloody Woman? ‘Protect my son’
When we all know he’s shagged young girls for years.
And that Scottish woman showing me up;
Let me not think on’t! SNP, thy boss is woman!
And Hancock, who fucks up every task I give. I
Will scapegoat him soon tho’ then he’ll winge, just
Like Teresa, all tears – why she, even she
(And Botham! At least he smote the Aussies hard
and deserves a gong) I had to give an honour;
And my bloody brother, but no more like my father
Than I to Hercules. It’s all too soon,
As I told Bannon, to sell them the NHS

I can’t do everything at once, give me a break.
Just married. Then with wicked speed, a baby.
I have such dexterity between the sheets!
Covid has delayed my plans, but soon will pass

It is not, nor it cannot come to good.
I have my reasons, for them I must hold my tongue!”

Oops, I nearly missed my turning…….. It must have been some local station?

Anyway, at this point I usually post one of my Vinyls and as I am at my son’s place writing this I should choose one of his. Tom has eclectic tastes and as he occasionally DJ’s he has a few Vinyls garnered from various collections. I have photographed a few for the future from Seun Kuti and William Onyeabor to 70’s Disco and Drum & Bass. However, I picked this one as I thought it appropriate given my guest soliloquy. Did not our Prime minister say that things would be normal and that we would be able to celebrate as usual by Christmas? Yet, we can’t think of Christmas when, no Global Warming here obviously, the temperature in Kew has just clocked 37 degrees. In which case, how perfect to offer you a combination of summer and Christmas all rolled into one! Rather bizarrely recorded in 1987 I include the back cover because it actually includes some famous names from the halls of Ska, Bluebeat and Reggae. Unfortunately, there seems to be no live versions available so you will have to use your imagination – just like our Prime Minister. 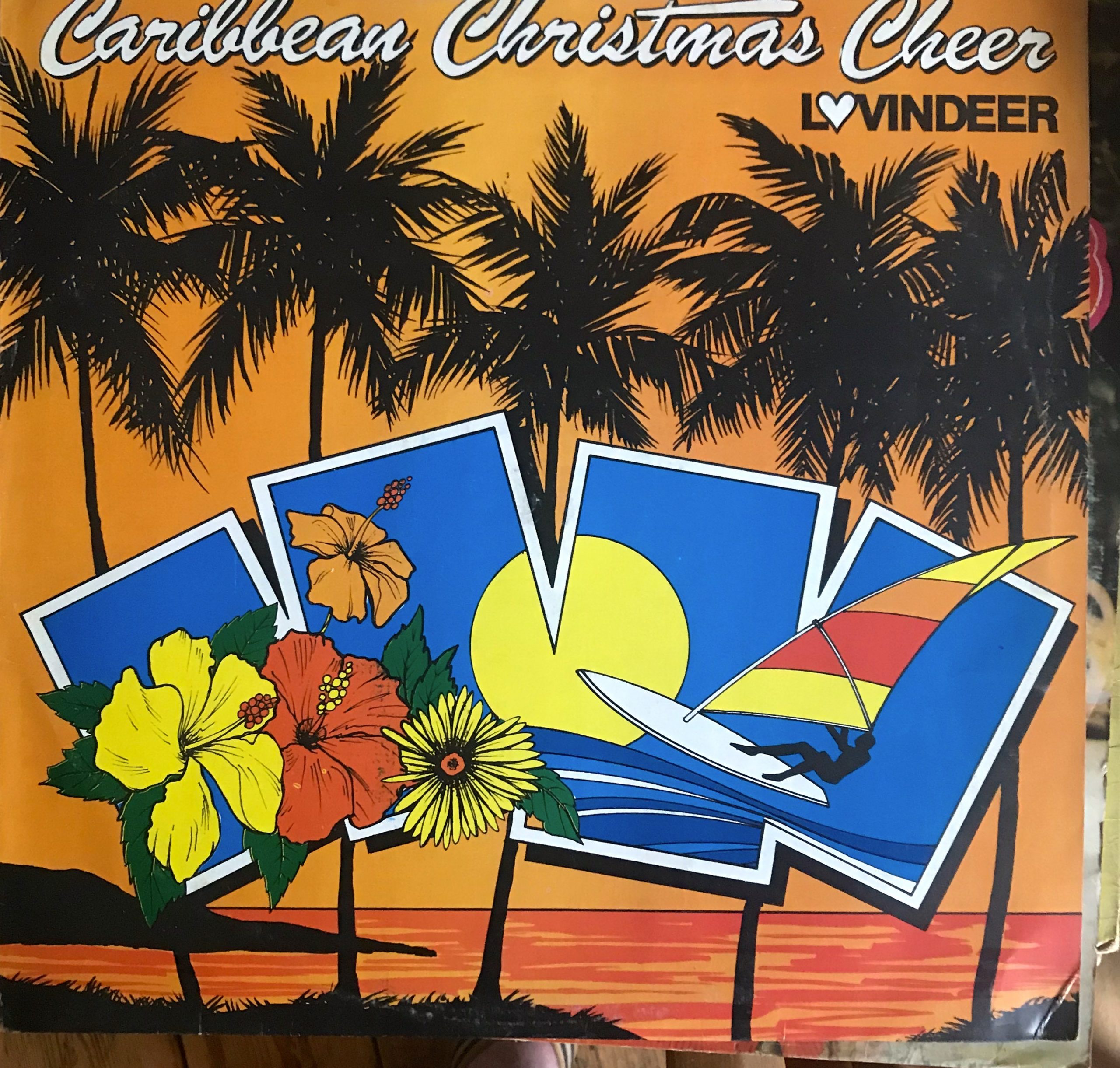 Presumably Boris will still be able fly off to the sunshine to winter with his mate Branson when the rest of us are quarantined in the second wave. 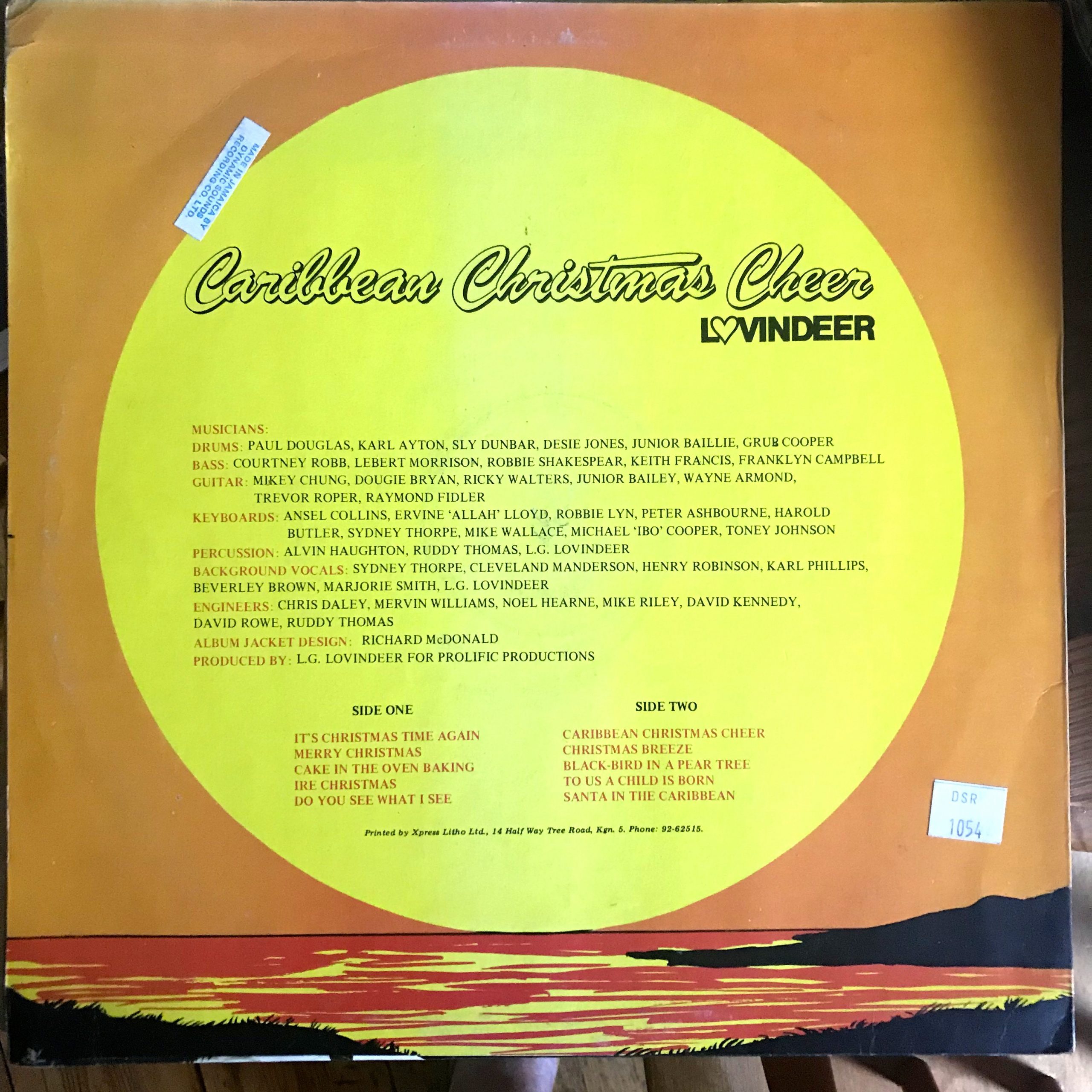 Seems a bit of a come down for some of the great names of Ska and Reggae!

Finally, thanks to Tom and Robin for their hospitality.  At some point will do a heads up for some great places to eat and drink. Bristol Rocks!