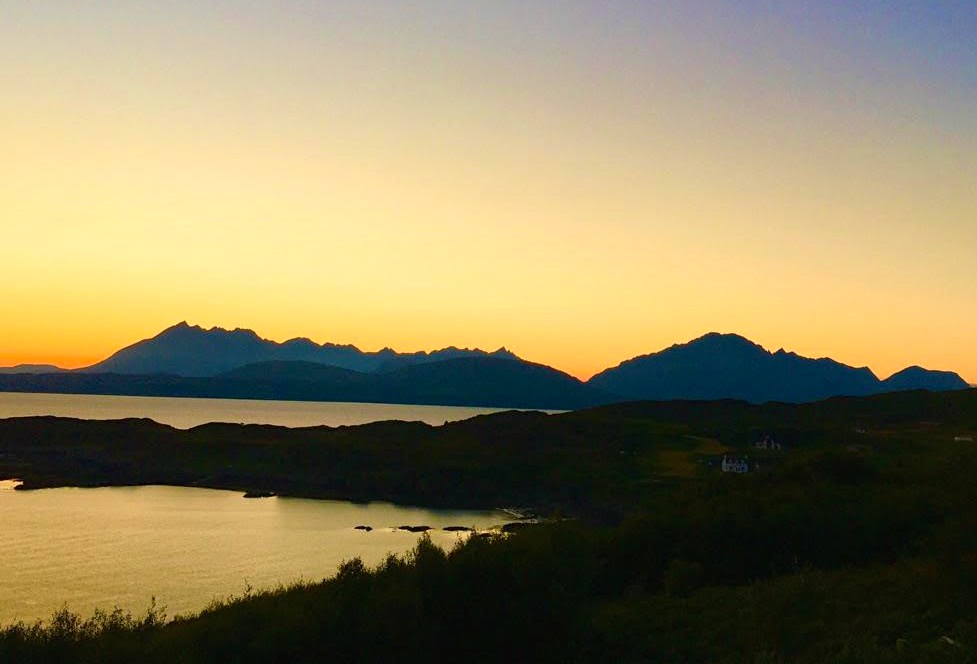 “Love calls like the wild birds-
It’s another day.
A Spring wind blew my list of
Things to do…away.

My friends are gettin older,
So I guess I must be too.
Without their loving kindness,
I don’t know what I’d do.”

Today’s is half a blog or maybe just the hint of a blog. In the sense of a meal it is the Starter or maybe, to be a little more risqué, it is just foreplay. The point is, I am actually in the middle of my holiday but as I am dressing it up as research I cannot write the full blog until I have finished my exploration – obviously!

My motivation had been waning for a few weeks and I was feeling stale. Confined to Chiswick, albeit a wonderful place to sit out a pandemic, I am by nature a wanderer and my grumpy side was clearly becoming too readily visible. I really felt like I needed the freshness of some new scenery and to sit and rediscover the intimacy of that conversation that only happens when you physically sit around with old friends and not in front of a computer on Zoom. I mentioned, two weeks ago, about the start of my mini tour when I hired a car to drive down to Bristol and stay with son Tom for a couple of days. After that I took the non-Motorway route down to the new Forest for an overnight and then on to West Sussex to visit friends Jane and Trevor in their Billingshurst garden. After a quick break back in Chiswick, to return the car and a distanced garden evening with local mates, Chip and Deborah, it was to Heathrow’s T5 for a flight to Inverness where I was picked up by yet more pals, Bea and Donaidh Domhnail Flett, for the drive over to the West of Scotland. To have friends to visit is a joy and a privilege but when your mates have colourful patios and gardens to sit in and, even better, home-grown fruit and vegetables to share then your life is indeed blessed. But here comes the conundrum. The Island house on the site of the croft that has been home to Donaidh’s family for generations is in a natural paradise (at least when the sun shines) and, in an era of increasing tourism and now Covid related staycationers and irresponsible wild campers, they certainly do not want me to encourage footfall. So we shall call it ‘Costa Cloich’ for now, though at the end there will be a clue as to which island it is on. 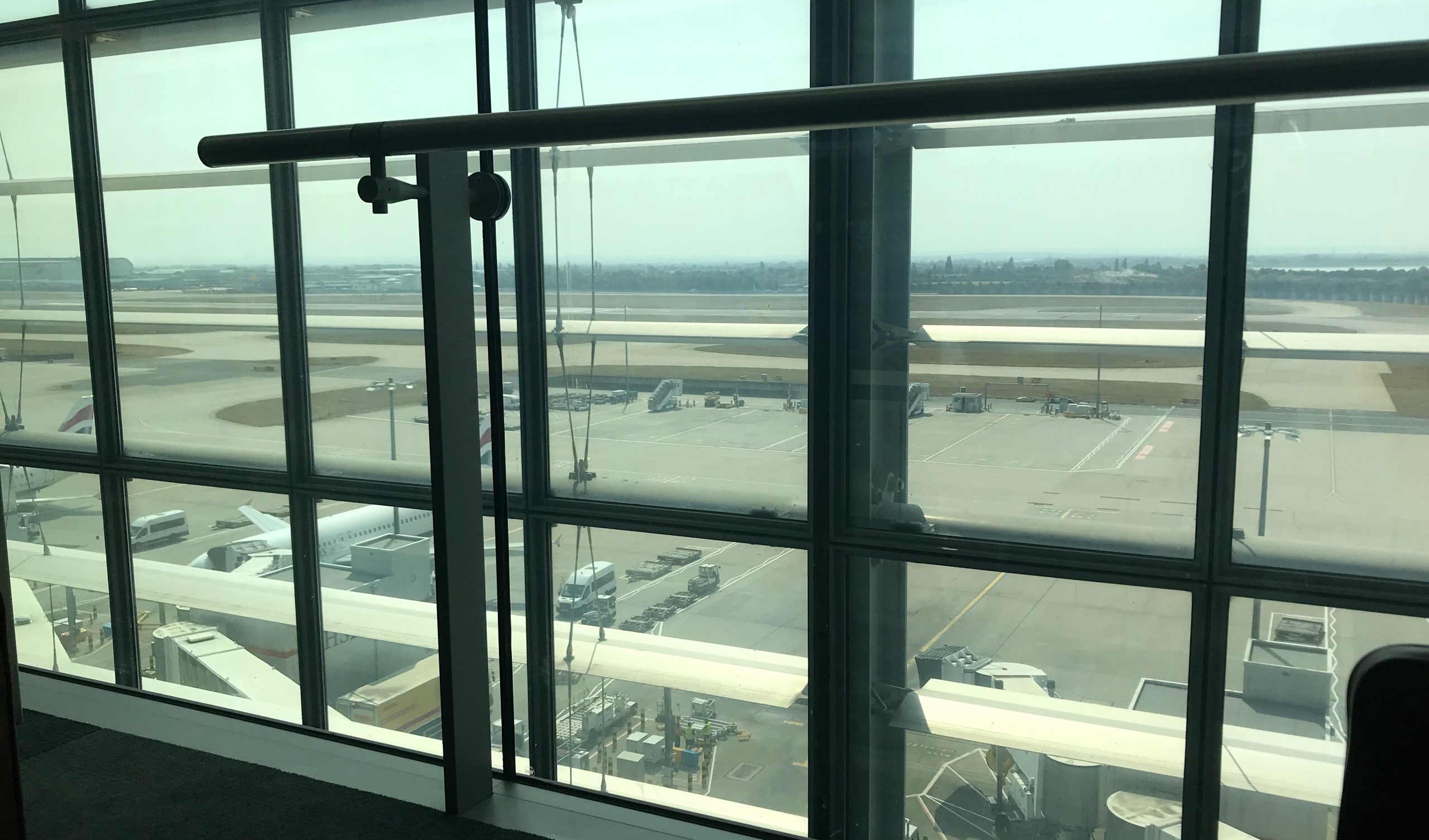 As I write this and after a week in the Highlands, I am back in Edinburgh and will be heading back to London by train in a couple of days. I am sure the change of air will have had a positive effect. Now, to today’s excuse for a blog. Living in a single place during Covid has meant existing in a little bubble. Chiswick has been my bubble for the last – well, I don’t even want to consider exactly how long – so this has been a fascinating discovery of other bubbles and how my mates in different places have coped. It is particularly intriguing to see the contrasting attitudes in diverse parts of the country, how people handle distancing as they travel and how pubs, cafes and restaurants around these places from West to South and the far North cope with the Covid rules and guidelines. Edinburgh should right now be in the middle of the legendary festival so to walk a little through quiet streets at a time when they would normally be heaving is a little strange for my companions but there is a sense of relief that reflects a greater degree of respect for the pandemic than we see in London. However, I shall talk more about that next week when I compare the Covid travel variations. 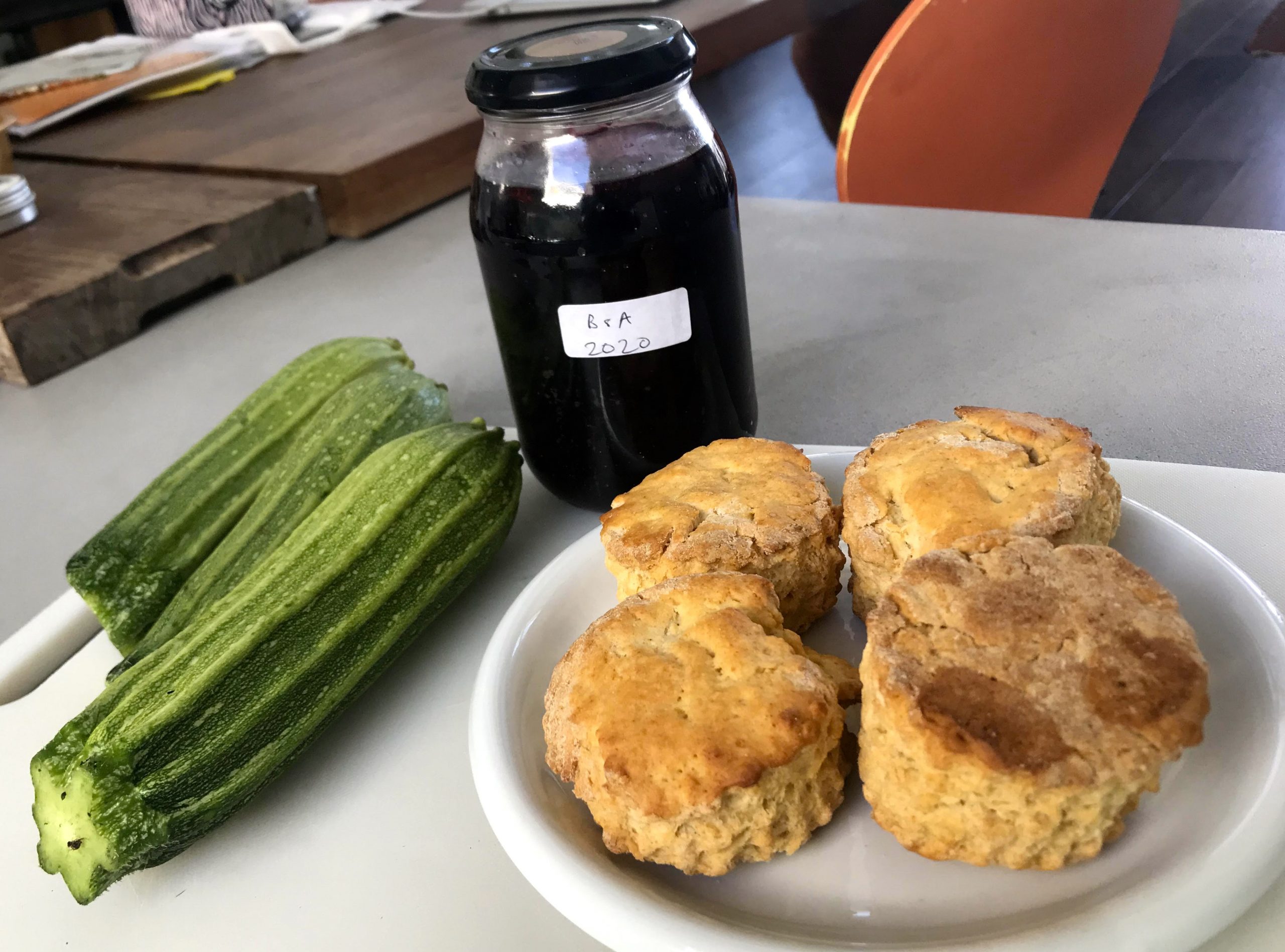 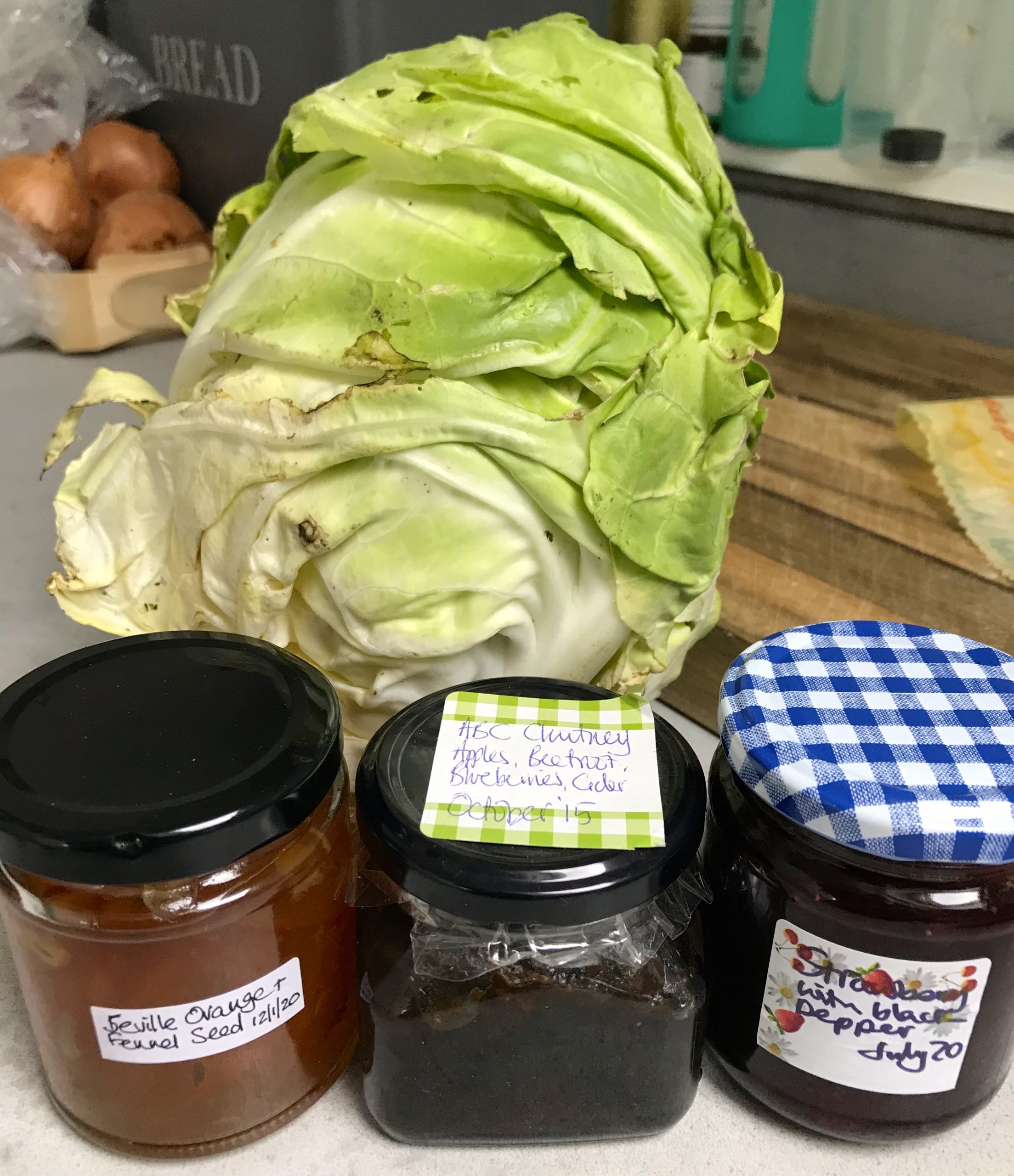 Costa Cloich booty – a giant cabbage and a range of home made goodies!

‘Dick of the Week’

Nevertheless, I cannot resist the temptation for a ‘Dick of the Week’ – so I give you the unknown entitled Business Class traveler on BA1470 to Inverness! Generally, I was impressed with the Covid related measures in Heathrow and on the BA flight. Masks were mandatory unless you were actually eating or drinking and compliance was reasonable. There was less traffic though still enough people in the terminal to keep you a touch on edge. The view out of the lounge window (I had treated myself to Business on my Airmiles as I thought it would be easier to distance) of rows of empty aprons and a deserted runway was slightly disconcerting. Obviously, the airport has had to put in place a number of measures designed to improve Covid safety and the majority of people observe these and understand the reasons for them. Yet, as we know, there’s always one! The ground staff at the gate announced they would board from the back of the plane – clearly that facilitates distancing. My ‘Dick of the Week’ somehow felt the need to march up to the crew and in a plummy voice berate them that he had paid for Club and as such he should board first. Eyes turned and eyebrows rose as they explained patiently that this was for everyone’s safety but if he insisted he could board first with the families with young children. I also noticed he was one of the only people I could not see wearing his mask correctly on the flight. Occasionally I get comments about being unable to avoid making political comments so here goes. There is a class of people in England, Dominic Cummings and too many members of this government are visible examples, who flout the rules and somehow believe they apply to other people and not to them. They will be quick to complain, usually loudly and vociferously, about any restriction of their own personal freedoms while expecting others to comply. They are preparing their excuses and the signs of the scapegoats they are ready to blame are becoming clear – basically anyone but them. It is the entitled along with their business/financier backers pushing to fast a return to ‘normality’, more than any other group, contributing to the current rise in cases. As I write this and prepare for my return home, I fear that the rise in English cases (as opposed to the more risk averse and people focused Scottish approach that I shall talk more about next week) will mean a return to ‘Confined’ rather than ‘UnBound’.

The Ridge and ‘Costa Cloich’

Still, when I was enjoying unusually Mediterranean weather for the Highlands, sipping a local beer, and surveying the distanced crags and tall skies in the company of good friends, these and other fractious matters could not have been further from my mind. To sit, listening only to the pastoral sounds of nature, is an antidote to the stresses of city Covid life. Any music you want to hear in such glorious settings is local. So, rather than my usual closing Chiswick link to one of my old vinyls I would like to share some music I was introduced to by Donaidh. Martyn Bennett was born in rural Canada but moved to the Scottish Highlands when he was six. Despite his tragic death from cancer at the early age of thirty-three he was a pioneer of what has come to be known as Celtic Fusion – a blend of music derived from Celtic traditions using modern techniques. The video attached is to the music of Bennett though it is ostensibly a short film of Scottish trials cyclist Danny Macaskill. As he crosses ‘The Ridge’, which is on the Mountains that give you a clue is to the whereabouts of Costa Cloich, the music is from ‘Blackbird’ on Bennett’s last album “Grit” (2003).  https://www.youtube.com/watch?v=xQ_IQS3VKjA 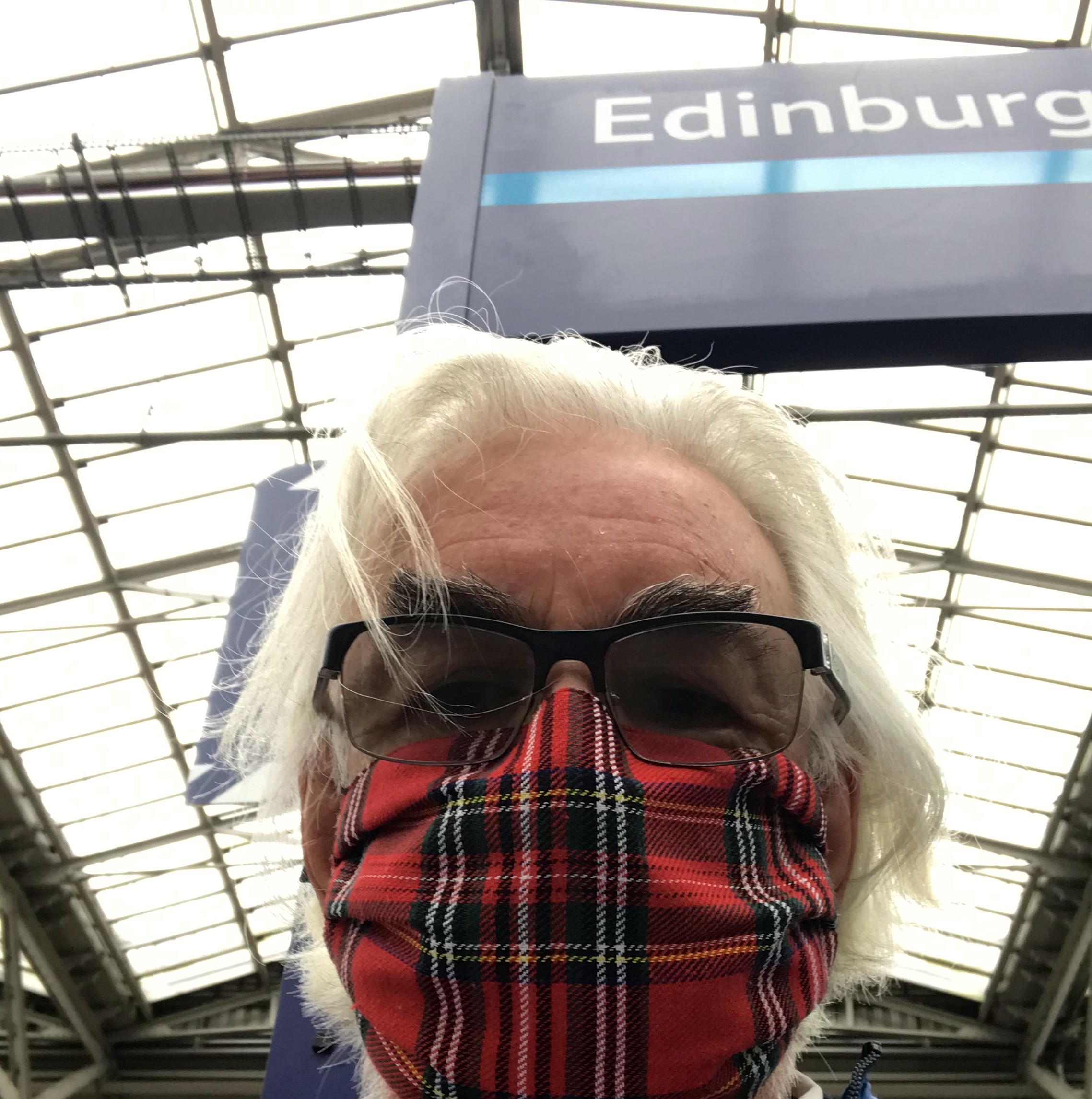 Goodbye to Bonnie Scotland – more about the Scot’s attitude to Covid compared to London next week.

* Gregg Brown “Spring Wind” in loving memory of John Clark and with thanks to our mutual friends Jane, Trevor, Deborah, Chip, Bea & Donaidh for their hospitality.