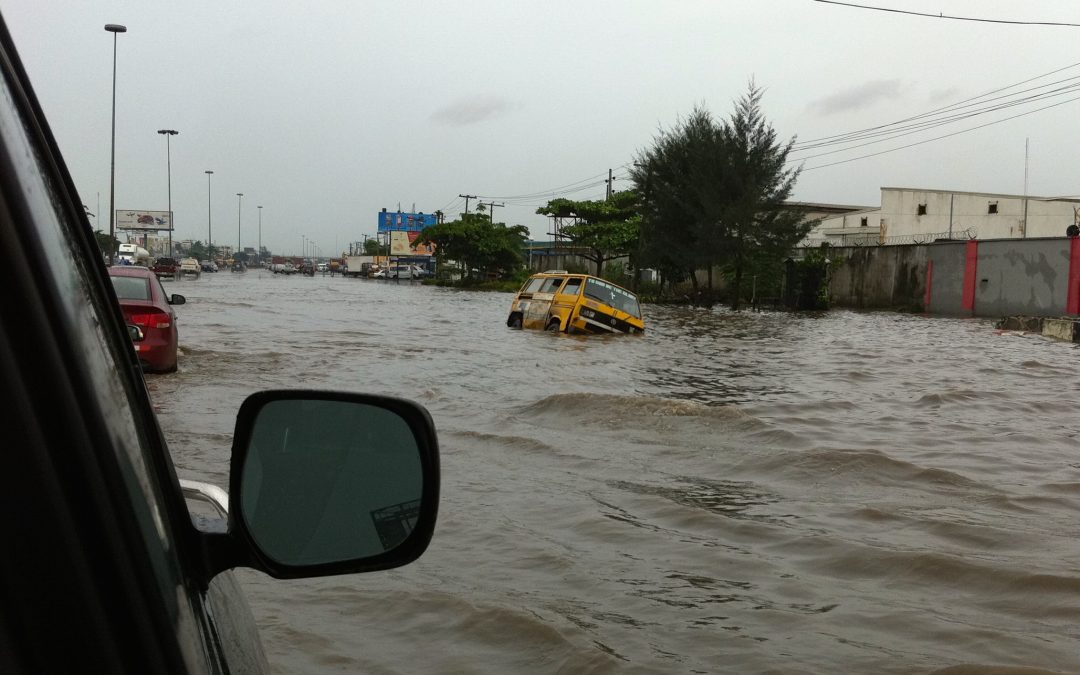 First visit to Nigeria since the elections

Having been out of Nigeria for a few months, including a period of national elections that returned the ‘same old’ President, the ‘same old’ opposition and the ‘same old’ Governors or just their representatives as replacements, I thought I would share my impressions.

One of the issues that has continued to fascinate me over the years is the impact of Nigeria’s economic and political roller coaster on it’s fragile middle class. When I first visited Lagos in 1981 there was still a fairly robust middle class. It had been impacted by the turmoil of the Civil War and subsequent military governments but was still visible, resident in places like Yaba, parts of Surulere, Palm Grove in Lagos and often in GRA’s around the country. Professionals were relatively financially secure. Doctors, teachers, professors were still respected. Their salaries, not yet decimated by the devaluation of the Naira in the mid 80’s, were generally paid on time. Universities had slipped from earlier standards but many still offered a solid education. Government colleges were still functioning. Socially, there were cinemas in most cities, Lagos had a smattering of decent restaurants and social clubs were still prestigious and smart. Interestingly, my experience was that what has become known as the ‘culture’ of corruption had not taken hold other than in the higher echelons of the elite and some areas of ‘public service’. I have memories of a manager who, having been promoted, took his new company car back to show his parents in the village only to be confronted by the elders who wanted assurance that he was not bringing shame to the community if the car was not legitimately acquired. While political corruption was present, arguably originally introduced by British manipulation of the first census and elections and developed further by military regimes and the Shagari administration, it was no where near the rampant levels of recent times. Localised bribing and ‘dash’ seeking of police and petty officials had becoming a regular occurrence but not as blatant or ‘in your face’ as today. The solid mores of the middle class; educating their children, strong family and community links, avoiding risk, having a paternal attitude to staff and a modest demonstration of respectable income were still evident. By the death of Abacha in June 1998 this had all changed and an active middle class was hard to find.

The decline of Nigeria’s middle class was undoubtedly economic first. The devaluation from the heady days of Naira parity to the dollar was a critical determinant as imported goods became expensive and out of reach to all but the elite. However, it was not purely financial. Partly deliberately, partly as a side effect of their policies, successive military regimes destroyed the self-confidence of the bourgeoisie and intelligentsia. Solid professionals saw their salaries collapse in real terms as investment in education and health plummeted. Along with economic disempowerment came emotional and psychological trauma. The military sought to prevent intelligent debate and criticism; thwart universities (staff and students) from being autonomous and outspoken, debase the independence and quality of the civil service and somehow ensure civil society was shackled. Their efforts to restrict the press and independent thought showed itself in actions like the bombing of Dele Giwa and the constant imprisonment and harassment of Fela Kuti. Many of Nigeria’s best minds went onto exile. Gradually those who had the opportunity to move abroad, the professional middle class, did so. By the time democracy resumed some 68,000 Nigerian Doctors were practicing in the USA and the UK had 18,000 Nigerian health professionals in the NHS. The brightest of our students studied overseas and stayed to work and raise families. All this while medical and educational infrastructure back home collapsed and anyone working in those sectors lost their valued position in society and their professional self respect and saw their income plummet. By the late 1990’s those desired locations on Lagos Mainland or in GRA’s became run down and shabby, as the shadow of what middle class had not fled was fully demoralised. Following economic disenfranchisement the middle class lost its self-confidence and individuality.

Moving forward a decade, the post-military resurrection of what in the UK would be called ‘middle England’ was partly economic but also the consequence of a gradual rehabilitation of the professional classes. In the early 2,000’s the younger of the exiles or usually their educated abroad off spring saw the opportunity to return. Motivated partly by a rebounding economy and employment opportunities and partly by less defined reasons such as a desire to be part of this new democratic society or to reconnect with family and roots, young professionals returned. At first, most came back to work in new businesses such as; ICT and telecoms, manufacturing and the service industries. Eventually, others came back to invest in new private medical facilities, new colleges and schools and even social amenities, all catering to this new middle class. Young urbanites created a market for investment in cinemas, cafes and restaurants, high-end nightclubs and the new found craze for malls that attracted international fashion franchises. In just fifteen or so years after the onset of democracy, fuelled by easy petrodollars and the trickle down proceeds of political corruption and facilitated by new technology and cheap international travel, Nigeria saw a massive behavioural change.

My fear is that all this could come to a juddering halt. Is there a danger history will repeat itself? The first ingredients in the recipe are there, devaluation and a decline in real spending power. This is exacerbated by the paucity of health and education facilities locally leading to a major demand for foreign exchange to pay school fees abroad. As this becomes increasingly difficult both in cost and availability the new middle class have a choice. The most obvious would be to bring home their children to school in Nigeria, but where? While there has been some increase in private education from Lagos Prep school up to Covenant University and even LBS and PAN there are nowhere enough places to replace the hundreds of thousands in the US, UK and even Ghana. For example, in the UK Nigeria has overtaken India for the number of foreign postgraduate students, only China has more. Where would these go if they repatriated? With the best will in the world, heavy funding and major retraining of Professors this will take years. The alternative for these families therefore is to relocate to the nation where they already have 2 or 3 children in school and where they send grandparents for medical treatment. Unfortunately for Nigeria the US economy has picked up and there has been a major improvement in employment prospects. Another ‘brain drain’ or exodus of our professional middle class is underway.

Beyond the economic challenges for our professionals there is a behavioural/emotional threat. The rise of typical western facing middle class activities like, going to the Cinema, taking the family to KFC, visiting the plethora of new Art galleries, allowing teenagers to have imported cars to visit their friends and go clubbing has been on the back of available foreign imports and inputs. The ability to shop in air-conditioned malls with a choice of premium, imported products, followed by a cappuccino is at risk. Nigerians who have returned after spells in the West or even those influenced by consumption witnessed on DSTV, music videos, social media and trips abroad have developed tastes for cheese, pizzas, European wine and other luxury items. “Ladies that do lunch” in the new cafes on VI are no longer just expatriates but predominately Nigerians. All this consumption will collapse as a higher percentage of income goes on necessities and overseas school fees. Many of the new establishments catering for this behaviour will close, losing money invested. All of this will push our professional class towards dusting off the green cards and residence permits that they had 12 years ago before they repatriated and which they have kept valid, ‘just in case’. 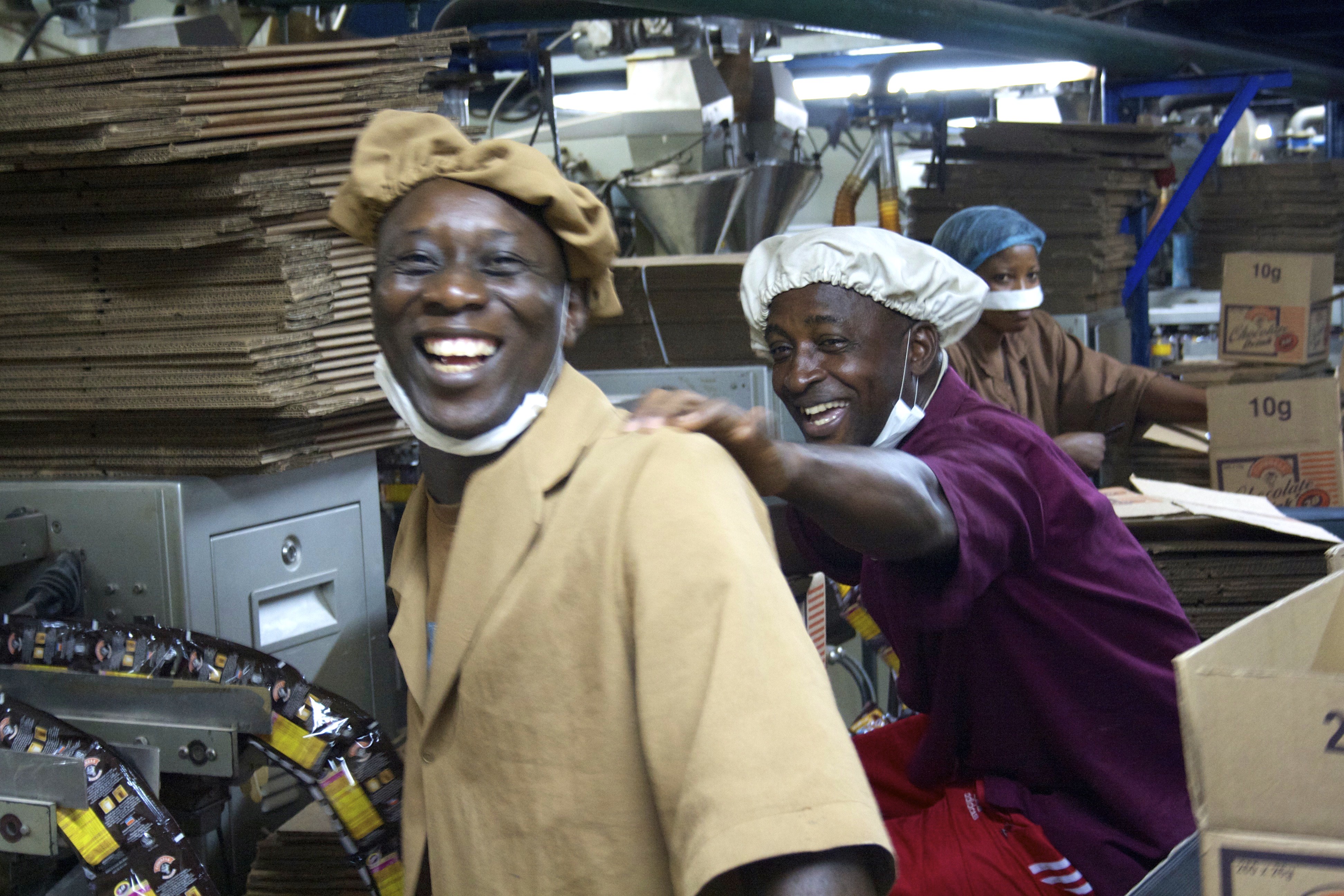 Currency depreciation has eroded the spending power of even the employed. (pic George Richards)

There is even another, more subtle, ‘emotional’ threat. President Buhari’s personal style, his asceticism and ‘body language’, his tendency towards military style centrist decision-making and his apparent belief that the private sector and middle class behaviour are expendable intimidate our professional middle class. They voted for him more in hope than expectation and the urgent desire for anyone to replace the discredited previous administration. What they are seeing now contains echoes of 1984 if not a direct repeat and that, to them, is scary.

So, my real concern is that a lack of ‘joined up thinking’ in policy making particularly the connections between short term economic and fiscal policy and the consequent social behaviour will put at risk the progress that, despite everything, has been made since the 1999 elections. There is an apparent lack of understanding of the need for policy making that reflects the wider context and goes beyond the heavy hand of dictat. Recent decrees concerning eligibility of Foreign Exchange are knee jerk and show no sign of the genuine levers that create jobs or new businesses. There needs to be a wider engagement across all sectors of the economy. The nervous chattering classes seek reassurance that this government has a genuine medium term strategy, a vision even, that goes beyond a few high profile corruption cases, foreign trips and sudden pronouncements out of the Central Bank. The government needs to understand that if we truly are all in the same boat then the crew and passengers must have confidence in the captain and the direction he is taking. If not, our professional middle class will bail out and swim for the diaspora putting at risk all the financial and emotional investment in dragging Nigeria towards becoming a modern society.