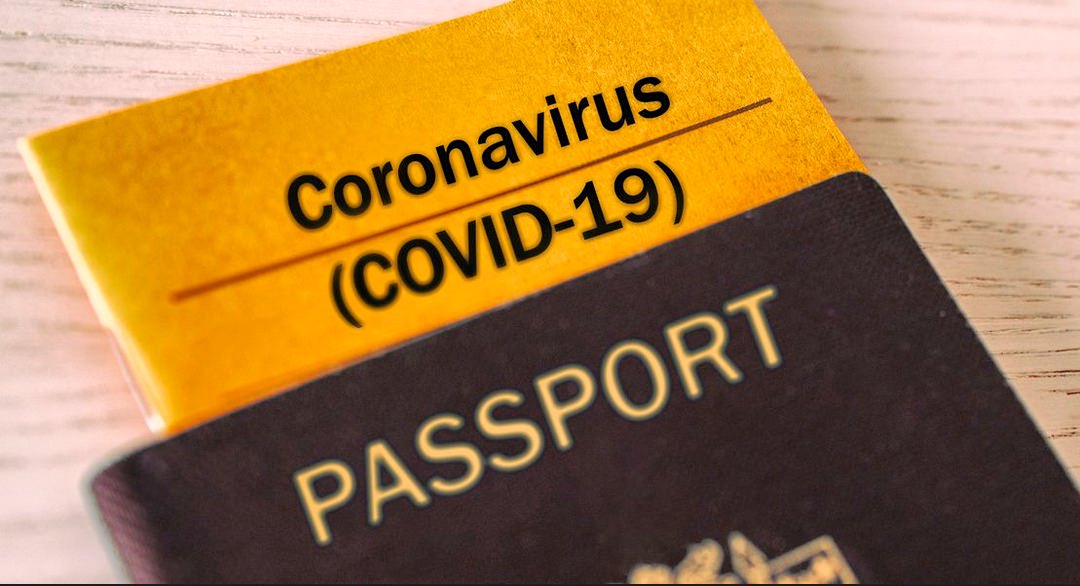 A comic fantasy or a brave new post Covid world?

“The question of the next generation will not be one of how to liberate the masses, but rather, how to make them love their servitude.”

Of course, along Chiswick High Street, the night only nominally takes over because since the end of the Covid pandemic two years ago, the streets are brightly lit, covered now with café and restaurant tables full of revellers. After a year of near bankruptcy for pubs and eateries the post-Covid party has continued unremittingly. Almost every night has seen celebrations that have surprised even the psychologists who have tried to explain, and pin a badge on, this phenomena. Some call it the ‘Return from the dead days syndrome’, others enthusiastically hail it as ‘Bulldog Boris’ Bullingdon Brunch’. Back in the spring and summer of 2020 when the opening up of the economy allowed and encouraged ‘al fresco’ dining, places invested in elaborate outdoor seating areas. Councils supported this trend by granting more and more licenses and when the colder weather came in all manner of outside heaters sprang up so the fiesta could continue. People expected that after the first few months the novelty would wear off but as the next year progressed into yet another it was clear this was a seismic change as the hospitality industry reported massive profits. All, of course, for those businesses that could afford to invest or qualified for the Chancellor’s ‘targeted’ support.

According to the government, the consumer was the winner and Boris bathed in the glory. True, to stave off growth in pro Scottish, Welsh and Cornish (inspired by the collapse of the fishing industry) independence, the spike in the Green and youth vote due to the fiasco that was the UK’s handling of COP26 and the fury of minority ethnic groups after the Sewell report enabled Patel to repeal all legislation relating to racism (as it no longer officially exists) Boris had been forced to form the ‘Post Covid Liberty Coalition’. The demise of the Labour party and Starmer’s desperate personal ambition had made it easy to bring them into line to ensure there was no semblance of opposition left to his mixture of dictatorial and libertarian policies. It was even easier after the 2021 Police Bill effectively outlawed all dissent.

Historians will eventually write that none of this would have been possible without the wave of popularity that the Vaccine programme gave the government and the leverage that came with the powers contained in the Vaccine and Testing Passport Act of 2021. Within a year Tax Credits and benefits, government grants and even employment started to be linked to compliance with the state’s vaccine and testing regimes but no one seemed to mind as long as the party continued.

Which brings me back to the darkness of my suburban doorway peering out towards the revellers supping their Sussex Prosecco style fizz. (It was good handy that several of Michael Gove’s mates had bought up huge swathes of the countryside to plant vines, imported European wines having become so expensive after the new Duty rates). Dodging from one shadow to another to avoid being caught in the glare and circumventing the street cameras I made my way down a side street on the way to Hammersmith. The sounds of clinking glasses and raucous laughter melted away in the gloom. Many of the street lights were out as councils’ budgets had been cut further as government cash was diverted to populist ‘boosting economic activity’ programmes. Soon I came to my destination. A couple of unlikely looking geezers were leaning against an unlit lamp post smoking cigarettes.   One of them held out a packet to me, looking me in the eye as he muttered the password. “Have you got a light, mac?” I replied with the correct response, “No, but I’ve got a dark brown over coat”. He held my gaze for a second then turned on his heels as I followed him down some stairs into a basement. He tapped on the door and a little ‘speakeasy’ slot slid open, fleetingly exposing a peering eyeball before the door itself opened and I was ushered in. 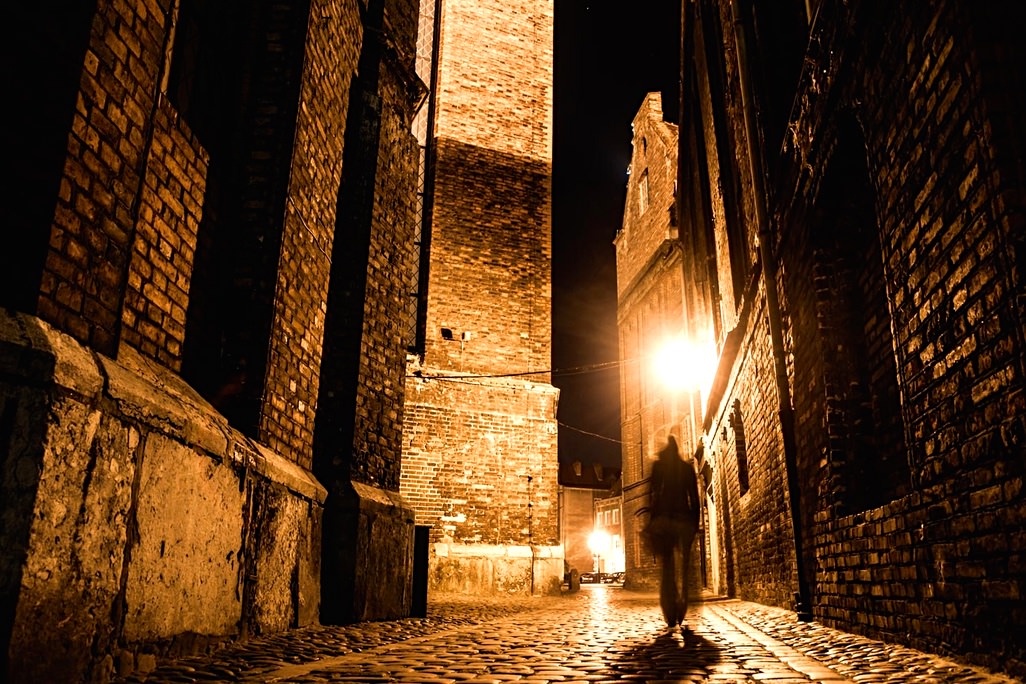 A Place of Sanctuary

I stepped happily into a bright, cosy room that looked as much like an old-fashioned urban pub as could be possible in the basement of a terraced house. There was a small bar at the end of the room and, to my joy, I saw the tap of my favourite brew – ‘Timothy Taylor’s Landlord’. In fact, just then the smiling face of the real landlord came into view. “Keith, a pint of your favourite?” “You are a good man, Dave” said I, “How did you get it when you are not official?” He winked and pointed with his head. “There’s room over there with Colette and the other regulars”. I recognised the half dozen or so of the faces sat round the table as we all had at least two things in common: we had all been ‘locals’ in the Raven Pub that had once been round the corner and none of us had Covid Passports. Some, like me, had received their vaccinations when they first became available but refused to accept the Passport when it was still voluntary but recommended. Others I knew were just stubborn, some were actual anti-vaxxers and conspiracy theorists while there were those we refused the passport, or the jabs themselves, on religious, political or moral grounds. Then, as government ‘guidance’ ‘discouraged’ publicans and eatery proprietors from serving anyone who did not have a passport, life started to get tricky. More and more aspects of daily life were restricted if you did not have this proof that you were up to date with your boosters and regular tests. Within two years you needed the Passport Number to renew your driving license or to obtain the Senior Citizens Travel Pass. Many younger people had started with rebellion in mind but many of those; realising that their jobs, their ability to travel and their social lives, depended on this little App, fell into line.

It was not just the punters. The big booze and food chains immediately began to insist on the Passport before you were served but some publicans, like the Raven’s Dave, refused to check their customers’ documents. Gradually, these independent traders began to find life was made difficult for them by licensing officers and they would only be eligible for government support or bank loans if they complied. Dido Harding’s new uniformed compliance unit would make spot checks and reported anyone who did not embrace the regime’s policies. When many property owners tied their leases to compliance that signaled the end for many local pubs that were compulsory shut down to the benefit of the chains. ‘Governors’ like Dave who stood their ground were forced out and went underground, hence the New Raven, a word of mouth pub that was just about the only place locally I could get a pint. “We don’t see many of your columns in the Chiswick Calendar anymore, Keith.” Said Dave who had followed me over to the table. “What, the cat got your tongue?” I shrugged. “Well, after the second fine for publishing an anti-Passport blog the editor said she just couldn’t afford to keep giving me space.”

Just then, the door burst open and in strode one of Dido’s compliance officers accompanied by half a dozen police officers. The black leather compliance unit’s uniform was tight on the female officer and an image of a cross between cat woman and Priti Patel flashed before my eyes. “Hold out your passports to be scanned.” She cried. “Anyone not having one will be automatically fined two thousand pounds.” It was obvious that our table was going to struggle to produce even one correct document. I looked round and recognised one of the policeman as someone from my rugby club. As he came closer I whispered to him “Stan, do us a favour mate, stick me down with a tick.” He glanced at me quickly then looked away. “C’mon you lot. Where’s them passes?” he shouted but then quietly said, “Keith, you know I can’t. We’re on quotas and if we don’t deliver they reduce our funding. And this one…..” his eyes indicated my Priti in a cat suit fantasy, who I could swear I heard purring, “is a demon. Wickedness incarnate. She makes a fortune from these fines.”

If it was desperate for me, I wondered about Dave. This would be the end for him. In fact, “where is he?” I thought. He seemed to have disappeared …. at which point the speakers smashed out music so loud it hurt my ears and Dave himself jumped onto the bar with a home made firebomb made with a bottle of Bushmills and a lit dirty hanky. “You feckin’ Passport eejits will never destroy the spirit of The Raven!” he bellowed. You could just hear him above the guttural sounds of The Sex Pistols’ 1977 classic ‘Anarchy In The UK’. Dave was always particular about his music selection. “The Raven is more than just bricks and mortar” and he smashed his homemade firebomb down. My last memory of Dave as the flames arose and melted the Timothy Taylor’s tap badge on the bar (I never realised it was plastic, I always thought it was genuine metal) was him singing along with his final record selection “Cause I/Wanna be/Anarchy/It’s the only way to be”.

As we all fought our way up the stairs and I was able to make my escape. Walking swiftly away I paused to look back to see Priti Cat Woman sitting in the gutter looking highly singed. There seemed to be a pall of smoke hanging over her as her minions fluttered about. As it began to rain I thought: “a light mac or a dark brown over coat would have been a lot more practical”. After that I had to go underground. The resistance will continue. To this day it is hard for me to be seen down the High Road in daylight but at night: well, that’s a different matter. That’s when they call me Big Shot……..

What! You don’t recognise the musical reference? Then try this…..

“This Power Elite directly employs several millions of the country´s working force in its factories, offices and stores, controls many millions more by lending them the money to buy its products, and, through its ownership of the media of mass communication, influences the thoughts, the feelings and the actions of virtually everybody. To parody the words of W. Churchill, never have so many been manipulated so much by few.”

Aldous Huxley wrote this, I believe, in 1961 just as real consumerism was taking over.

*Needless to say, this is a fictional piece and all the characters are also fictional, even if they bear a resemblance to a Spitting Image cartoon with the same name or a publican I sometimes mention.

A version of this Blog has already appeared in the local ‘news and views’ website https://chiswickcalendar.co.uk/     Do check it out if you live anywhere near West London