I like my beer chilled but this is harsh.

I like my beer chilled but this is harsh. 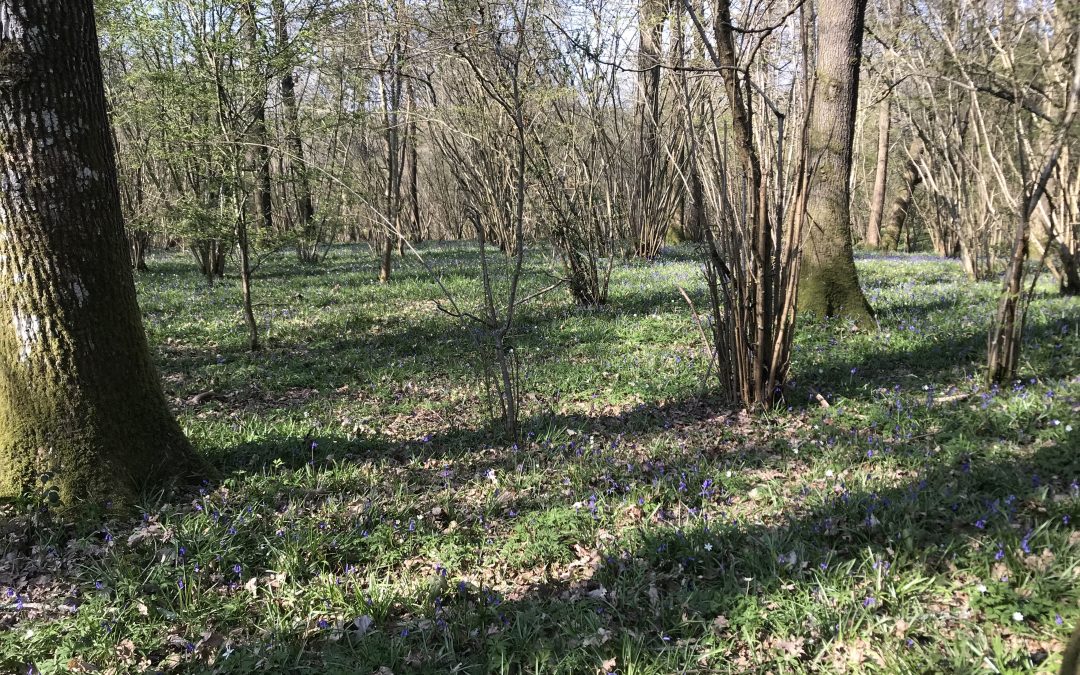 “April is the cruellest month, breeding

Lilacs out of the dead land, mixing

When T S Eliot wrote his opening to ‘The Waste Land’ he was pondering the cycle of death and rebirth, fertility and sterility and the impotence of desire. I, on the other hand, was thinking more about how bloody cold it has been sitting in pub gardens drinking much-anticipated pints held in shivering hands.

What weird weather has accompanied our return to the first stages of what I am compelled to call normality! Clearly, in climate terms, there will be no more normality as we are increasingly exposed to the impact of the impending catastrophe caused by the behaviour of humanity over the centuries. The luxury of a warm sun contrasts with an unseasonably bitter wind that has seen frost and even snow showers across the country. This dry cold wind and lack of traditional April showers has resulted in dry scorched earth to the extent that Northern Ireland’s Mourne mountains have been aflame while, at the same time, plummeting night time temperatures have been devastating vines throughout Europe. As I have shown the poor tadpoles in the Ravenscourt Park nature pond have almost no water left to swim in.

While changes in weather patterns have major implications my selfish concerns are more immediate. What am I going to wear down the pub? One minute the warm sun has me loosening scarves and stripping off layers but then as soon as the sun goes behind a cloud I am thinking of putting on a woolly hat and switching my pint for a bowl of soup. One afternoon it was 15 degrees when I got to the pub at 4 pm and 6 dgrees when I left at 7. That is an unusually steep drop in temperature in late April! Apart from my personal dress code this makes life tricky for publicans and eatery proprietors. One only has to walk down a daytime Chiswick High Road to see any place with tables in the sunshine are jam packed while those in the shade on the other, southern, side of the road, are not. Many places have spent a great deal of money to prepare for the new regulations including new outdoor furniture, heaters and compliant inside toilets and so on. Any evening walk along the same route is very different as only the most stoic of customers are still willing to face the drop in temperatures later than about 8 pm. Although the lifting of some social restrictions he has meant a bumper couple of weeks for many venues, as the novelty wears off, volumes are already settling down. Daytime trade is visible at those pubs able to maximise outdoor seating as crowds around The Roebuck and The Crown attest and I am told the sheltered gardens of those pubs and the George IV are also full. The Raven has also invested in additional pavement seating and has opened up its conservatory to allow it to comply and again being busier in the daytime than in the evening. Country pubs, now available to locals or those willing to escape the city report the same pattern and many are actually closing at 9 pm. The weather is going to need to be a great deal warmer than it is now for us to be more Mediterranean in our socialising behaviour.

So, replete with my dress code of ‘layer maximisation’: jacket on, jacket off, zipper up, zipper down ad infinitum, I have wandered out everyday.

A Trip to Blue Bell Woods

Even so I have got it wrong a couple of times, having been fooled by that afternoon glow so that by eight o clock I am almost spilling my pint held in shivering hands. Oh Boy, I have been enjoying this newfound freedom! Of course, as referenced by last week’s joy at extra roasties and gravy at The Raven a full roast was a priority. I have also been able to enjoy a stroll along the river down from Richmond * for a pint at The Crown near St Margaret’s. They are one of the few pubs this way that serve ‘Shere Drop’ the Surrey Hills Brewery’s nectar. I have even been able to take a day trip to visit friends down near Billingshurst in West Sussex, take a stroll through woods with a carpet of late blooming bluebells, have tea and Jane’s homemade cake in their garden and have a pint in their local, The Lime Burners. 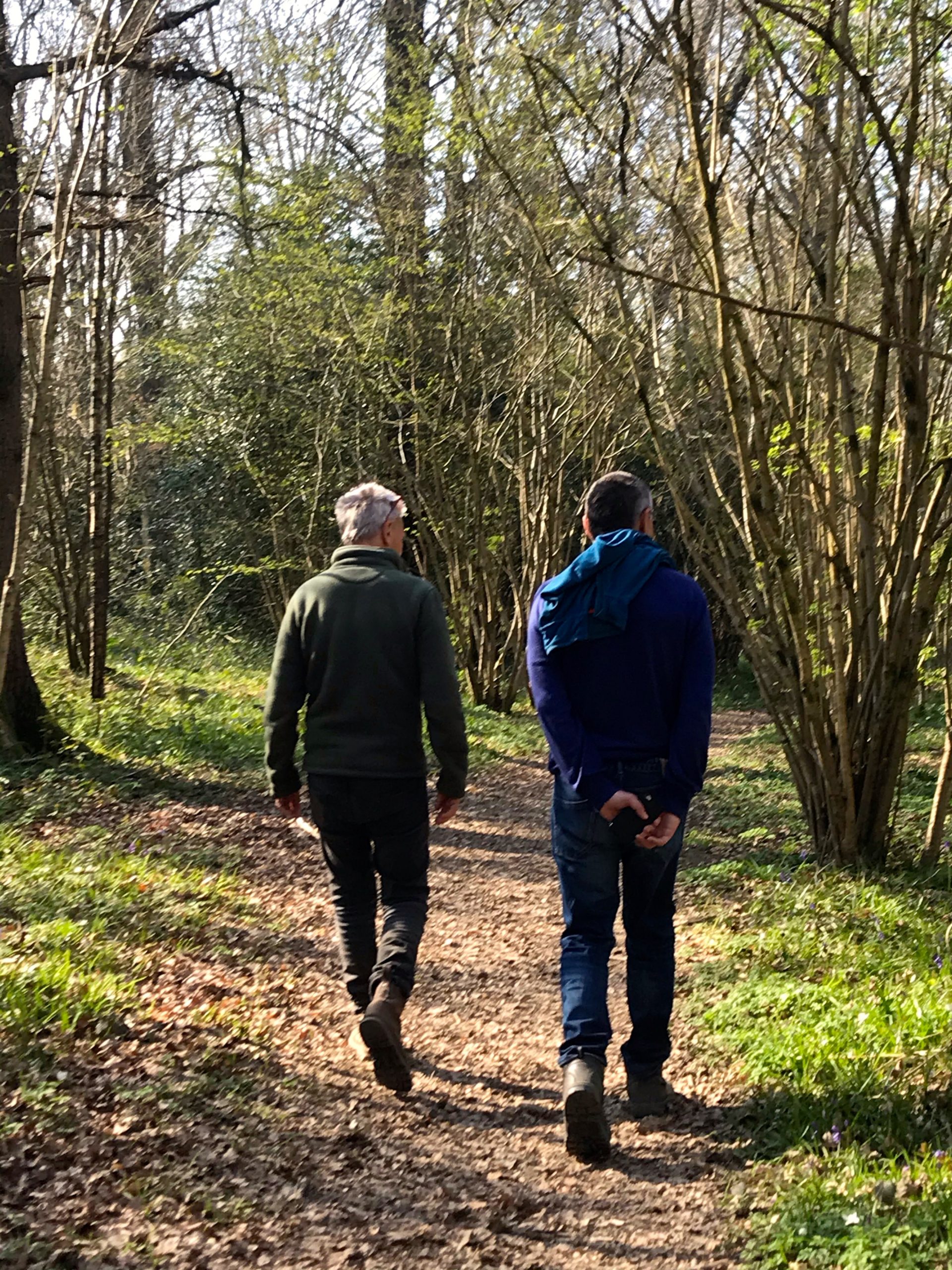 Old mates catching up in our woodland perambulations

Talking of pubs. I stumbled across this 1943 US Army training video explaining to ‘Yankee’ soldiers how to behave themselves in a British pub.

Fascinating in itself it made me think. At first I smiled and thought how things had changed. However on my second viewing I paused. Sure, trendy Soho multi-gender identity bars and pickle-juice swilling Shoreditch Hipster hangouts are hardly comparable but is this 1940’s picture really that different to the kind of local pubs I extoll in these blogs? The narrator (recognise him? *) says early on that a pub is ‘not a saloon, but is more like a club.…..where people don’t drink for the sake of drinking but for the company’. Well, its not completely true but I understand where he is coming from. Pubs were still very similar to this when I grew up with little food except pickled eggs and the occasional sandwich. Our parents were not really pub people but on holidays on the south coast in the ‘60’s my sister and I would have sat outside with a soft drink (later I was allowed half of cider) and a packet of crisps with the little screw of blue paper with salt in. Some pubs had a children’s room or it would be in the garden or a bench outside. The beer was pretty flat then though, just as it looks in the picture. I would say any pub today would not survive if it did not keep its ale in better shape than was wont in those days.

Anyway, back to post pandemic today. I haven’t restricted my self to alcohol on my jolly jaunts. Having breakfast on the Ritz’s new out door furniture and coffee on the side bench that is in the sun at Parle Pantry are signs that life after covid is becoming visible though we are not there yet. April is still a cruel month in that it hints of better days to come. Our better days are still dependant on preventing another wave. The horrors that we see of the suffering in India should remind us that we need to remain vigilant. Those of us that have had our second jab can relax a little but not completely. It is not a 100% guarantee, there are potentially new variants out there and many people are still to be vaccinated at all.

Just as Eliot said, I have the memory of and a desire to return to a full social life. I am enjoying the first green shoots, lilacs or otherwise, of a ‘normal’ life but just as our unseasonal frosty nights have withered early crops so too is there a chance of a cruel return to a crisis. Stay safe.

* Interestingly, “The Waste Land” also references this part of the world……”Trams and dusty trees./ Highbury bore me. Richmond and Kew/Undid me. By Richmond I raised my knees/Supine on the floor of a narrow canoe.

**Burgess Meredith who become famous as The Penguin in the original Batman TV series.

Meanwhile, if you are still pondering whether to leave the warm, safe confines of your living room I leave you with Mike Sarne and Wendy Richard. “Come Outside” ……. There’s a luvverly moon out there……

A version of this Blog has already appeared in local news and views website https://chiswickcalendar.co.uk/ that also has details of the re-opening of local markets.