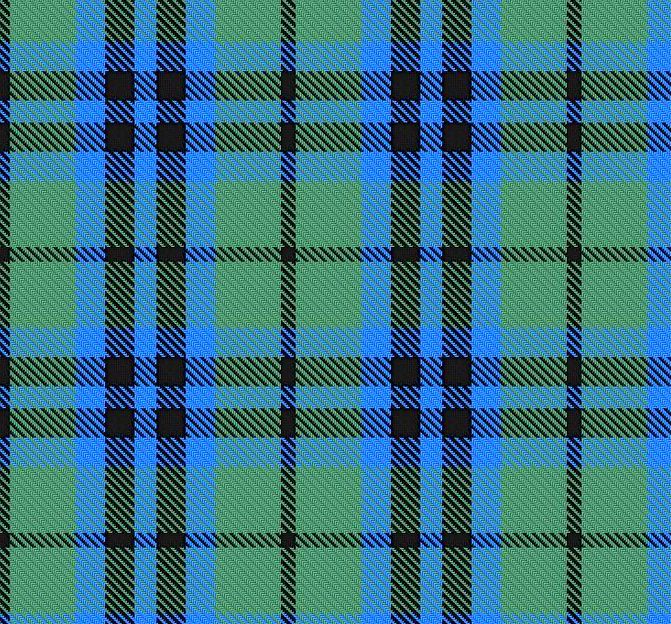 “ I have often written of my respect for Nigeria’s deep rooted traditions and respect for her cultural heritage. I was thinking of that as I went to a typical social event for Lagosians on Friday evening. Many of the people there were wearing ‘smart casual’ (as the invitations describe it) and many were wearing their traditional dress. There was food with a regional bias. There was music and, as always, the comedians were there as MC’s. The one thing you can guarantee at these events is that the comedians will tell jokes at the expense of the different tribes’ characteristics and this party was no exception. There was also a traditional musician and a display of traditional music. In fact, the whole event was held by the Lagos community from a particular tribe who endeavour to keep their own traditions alive in an alien environment and who like to meet a few times a year and celebrate their unique characteristics and language. While they recognise they are part of a wider national structure they are keen to retain their own identity. In fact, there are still those that argue for increased self-determination and self-government. “

Excerpt from an article I wrote on Culture for a Nigerian newspaper in June 2006.

You could be forgiven for thinking the quote at the start of this week’s Blog was from an article about a traditional ceremony from an ethnic Nigerian Clan or Tribe. Well, in a way it was, although ostensibly it was about one ethnic group’s fight to maintain its own identity and culture a lot closer to home than Africa. * I was reminded of it because as you may be reading this the morning after one of the most important days of that Nation’s calendar: Burn’s Night. I wrote that piece about the Lagos chapter of the Scottish Caledonian Society’s annual Ceilidh and was returning to a recurring theme in my weekly columns for Nigeria’s BusinessDay newspaper – that culture is an intrinsic part of our make up and having roots in that culture is fundamental to a sense of self. A massive topic when one looks at the importance of Black History and the education of children whose roots extend across the whole of the former empire not forgetting of course those of Celtic descent whose story is under-told in standard ’British’ history. Yet this week’s Blog is really just a hankering to be free: a wish to be where for the last two or three years I have been at this time of year: in the vibrant and dynamic city of Glasgow for the Celtic Connections music festival.

From Lagos to Glasgow 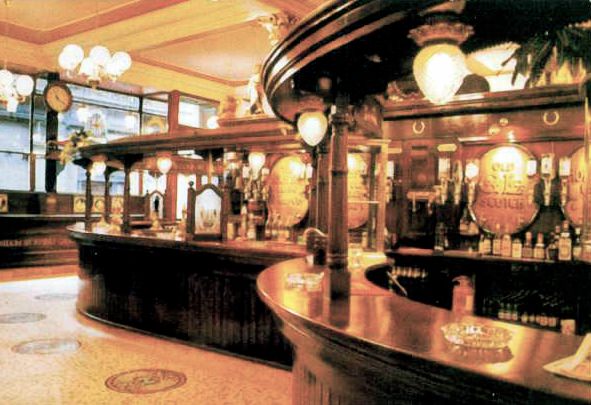 The HorseShow Bar – reputedly at 104 feet & 3 inches the longest bar in Europe – and one of my favourites.

I have some history with Glasgow. During the late 80’s I spent a fair bit of time working and, it should said, drinking in the city. In those days working with Guinness Plc. with the old Distillers Company guys meant engaging deeply with the company’s products. It was about the time that Glasgow was shunning its negative reputation. In 1990 it was European City of Culture and these days, while a deep fried pizza is still one way to soak up a few pints of heavy, there are outstanding restaurants, galleries and cultural spaces all over the city and many of the once notorious run down post-industrial areas are now vibrantly rejuvenated. Celtic Connections actually started in 1994 but I had not been aware of it until two or three years ago when my mate Donald persuaded me I should get to know it. Now, a quick word about Donald. From student days in Brighton in the 70’s, both heads down working in various parts of the globe, over the years we occasionally emerged into the sunlight in the same place. We were in Lagos at the same time in the early 2000’s where Donaidh (to use the correct spelling) and Bea supported the aforementioned Caledonian Society and their daughters, Emily and Isobel,  gained an enduring affection for the country. They also lived and the girls born and schooled in Chiswick, we both played at Old isleworthians RFC and we still connect at The Raven and have the odd full English at Ali’s Ritz on King St. I have also Blogged about trips to stay with Bea and Donaidh at their family home in Skye.

But why the wandering into a eulogy of Glasgow and shared memories of Ceilidhs with mates? Well, I have had a comment or two that the mood of my Blog has darkened as of late. Indeed that is true and reflects the general mood of many of my friends in winter Covid Lock Down and the unremittingly gloomy news on our screens. This week, however, has been enlivened, nay, I would say, enriched by the 2021 Celtic Connection Festival forced this year into an on line version. Most evenings last week and so on until 2nd February I will not need to surf the streaming channels for something to watch and I share this as today’s Blog’s current viewing recommendation.

What is Celtic Connections?

Well, it is a three-week music festival spread over a number of venues across Glasgow ranging from the formality of the city’s Royal Concert Hall to renovated old buildings like the old Fruit Market and the Tramway and into churches and pubs. What is slightly more difficult is to describe accurately how the choice of artist creates a kind of thread of community based music from around the world with Celtic music at its heart. Inevitably many of the musicians are indeed Scottish but the Celts are spread far and wide so there is traditional song and sometimes dance and poetry with fiddle, harp and pipe from those communities in places like Nova Scotia, Brittany and Ireland. Yet what takes the festival to another level for me is the connection with other community based music from right across the globe (I reject the term ‘World Music’ but you will recognise what it means). The influence of the Celts in Country and Western, Folk, American Roots and even modern orchestral music is also reflected in the schedule. By putting these seeming disparate forms of music into one festival, often at the same events, sharing the same stage, the founders and organisers have created something special. As examples of the acts that have blown me away in the last couple of years there have been contrasting performances from people such as the haunting fiddle of Duncan Chisholm, the intensity of Portuguese Fado singer Ana Moura, the natural vibe of American Blues legend Keb’ Mo’ and the chaos of the Scottish Balkan and middle eastern melange of Moishe’s Bagel. A pass for the whole three weeks which will include streaming of all events live or up to a week after the programme finishes is just forty quid and it is a wonderful way to pass a wintry lock down evening. 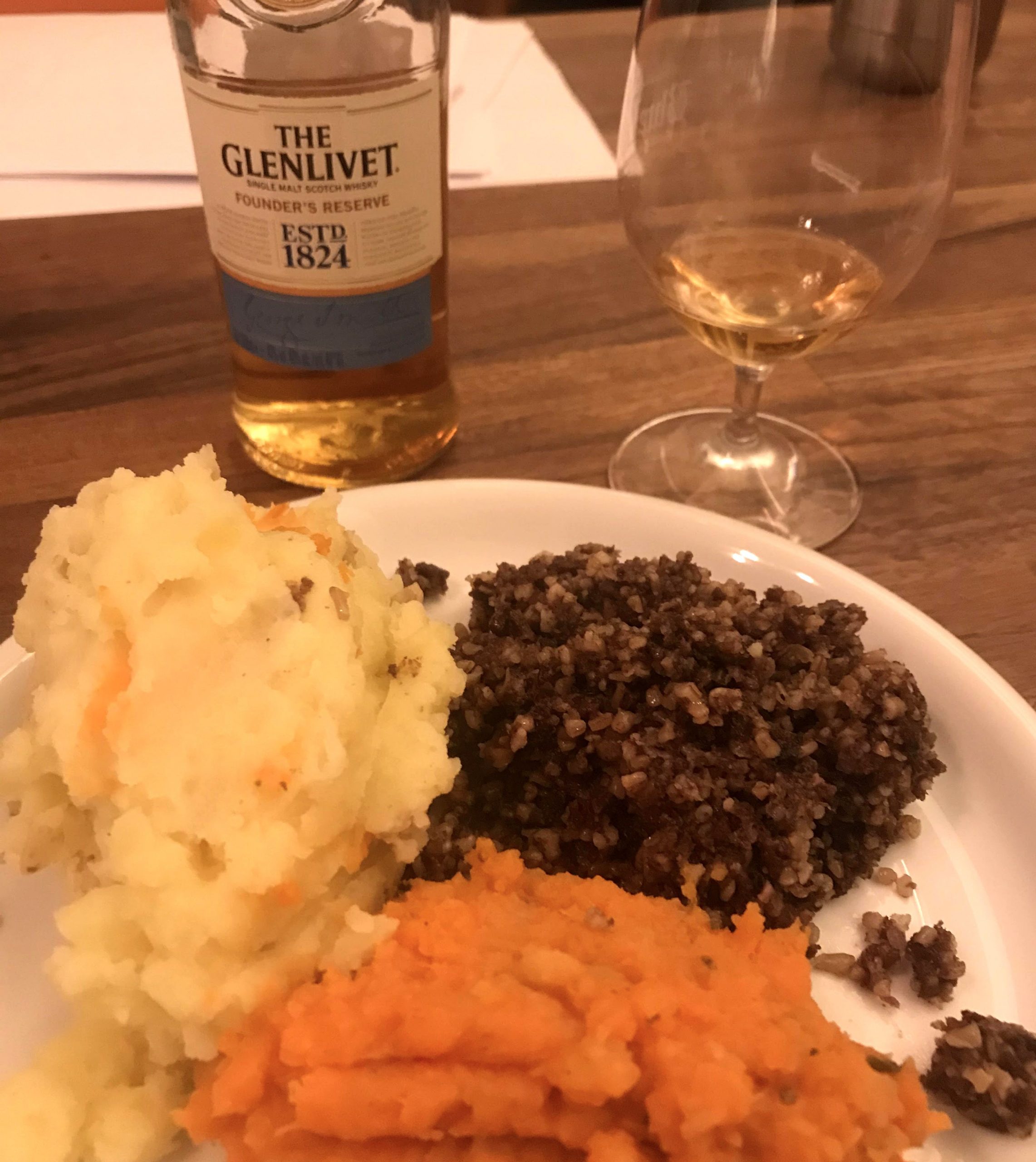 My Burns supper. Haggis, neeps and tatties washed down with the appropriate gravy.

To tempt you here are two of the contrasting musicians who are performing this year and who I have seen live in Glasgow in previous editions.

Bassekou Kouyate, seen here on a US radio show is a traditional Malian troubadour, a Griot. There are records of his ancestors playing in the courts of the Malian empire in the seventeenth century. The instrument most associated with Griots is the Kora but Bassekou plays the smaller, simpler Ngoni to a haunting and powerful effect. The Ngoni was documented as early as 1352 when Moroccan historian Ibn Battuta mentioned seeing one in the court of the legendary Musa Mansa and it is cited as having evolved into the modern banjo when people from the wider region of Senegambia were enslaved and taken to the USA.

I would not say I am a long-standing devotee of the fiddle. Sure, I have demonstrated my two left feet to the accompaniment of said instrument while trying the reel at Ceilidhs and C&W shindigs but Duncan Chisholm is another thing entirely. Whether solo, supporting singer Julie Fowlis (also in this year’s Festival) or in the band Wolfstone, Duncan brings a haunting quality to the instrument that never fails to tug on my heartstrings. This track, The Farley Bridge, is actually from an earlier Connections in Glasgow’s Kelvingrove Gallery and Museum.

The music contrasts but the association is clear. The wandering Griot and the itinerant Fiddler are traditional and important custodians of the cultural memories of their communities. Through the power of song they carry the stories of their clans through the ages making a deep-rooted connection across generations of social history. This year, in the Covid Lock Down of 2021 I am grateful that Celtic Connections is bringing them online into my confinement but I sure as hell hope that this time next year I will be up in Glasgow enjoying a wee dram with my mates and the MacDonald family in The Babbity Bowser or The Horseshoe Bar before heading on to a Live Concert.

Finally, I leave you with two ‘Homages to the Big Yin” from visits to Celtic Connections 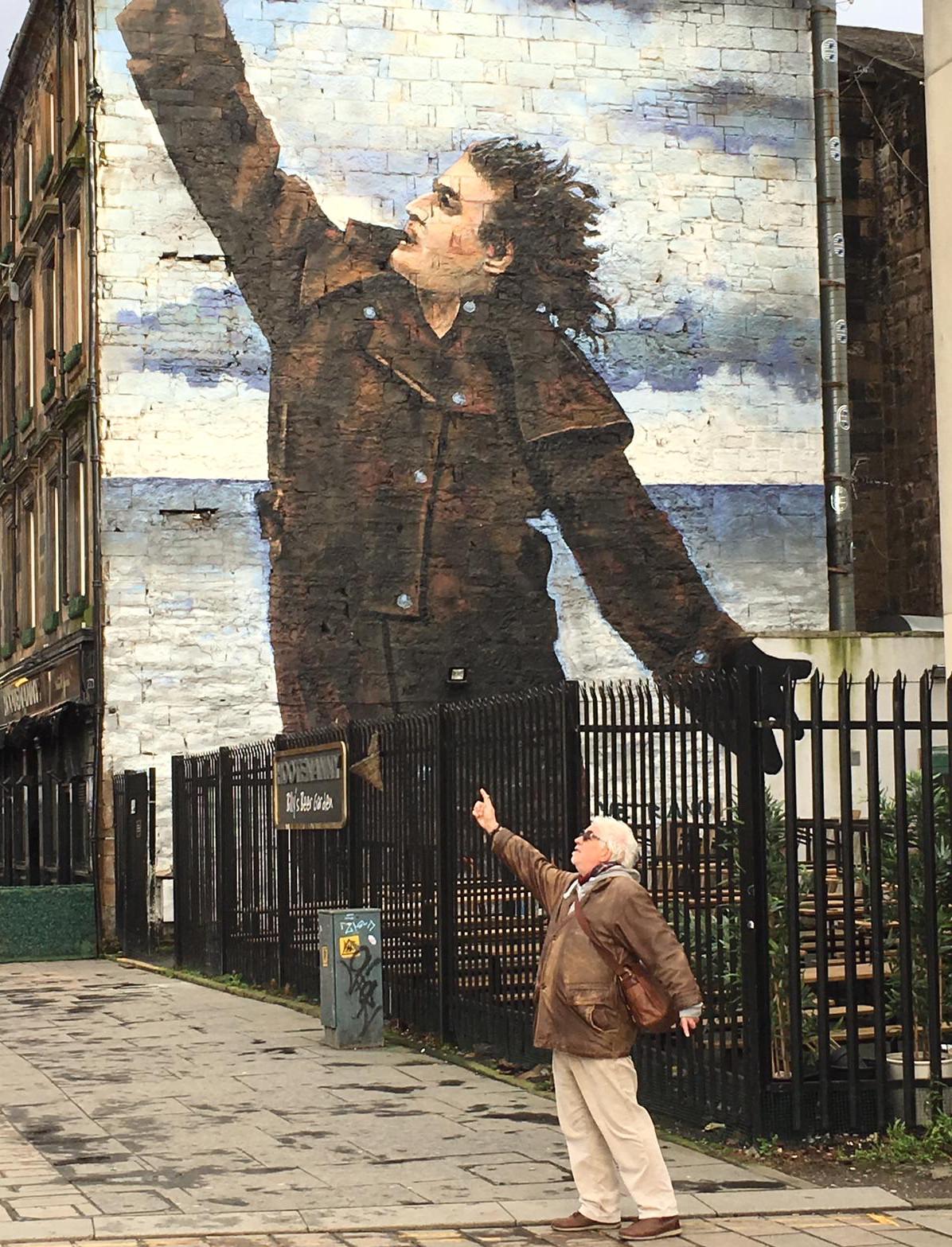 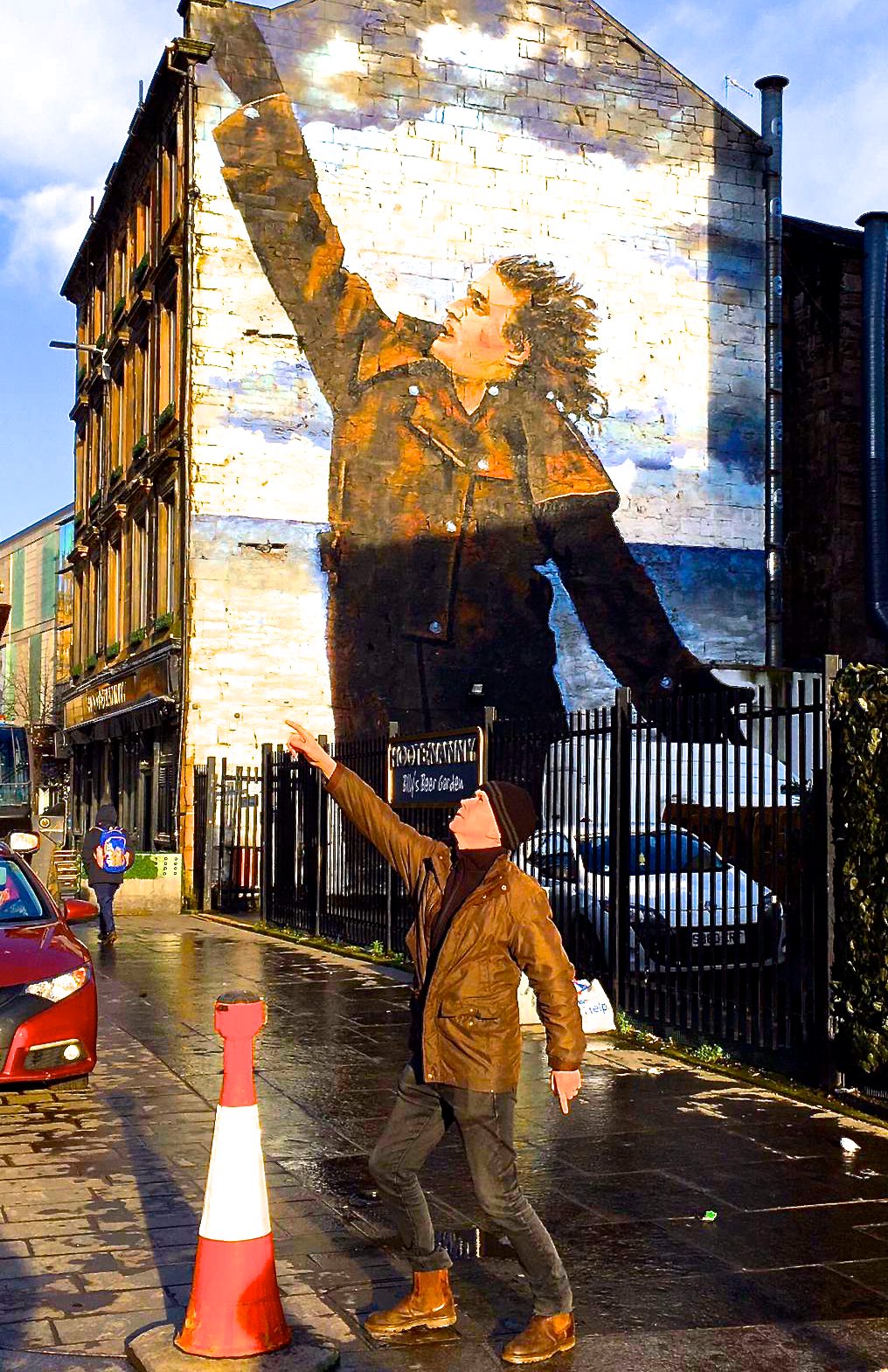 and Andrew Chip Chipchase in 2020

Oh, by the way – the Tartan is that of Clan Keith. Clan motto: Veritas vincit (“Truth conquers”)

The original Column in BusinessDay is reproduced here – the comments about the Brown / Blair relationship aside it is still relevant some fourteen years after it was written – https://outsiderinside.co.uk/ceilidh/

A version of this Blog has already appeared in Chiswick Calendar.