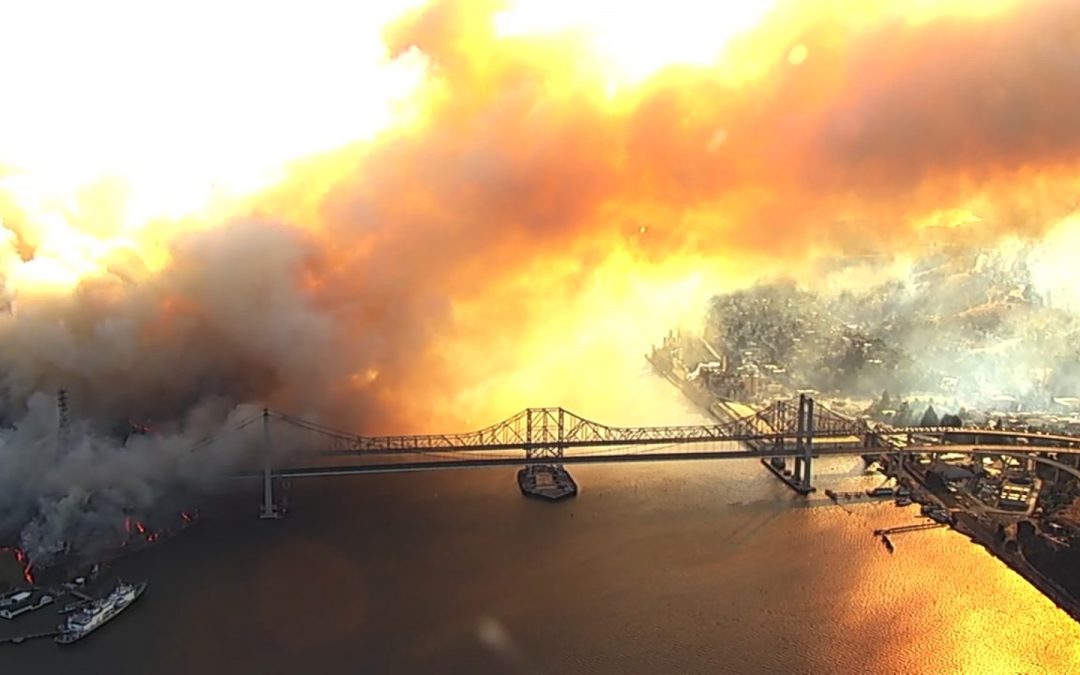 Returning to the News

So, over the last few weeks I have focussed on the new but limited post-lockdown freedom to travel: visiting friends and just catching some fresh air, in as an ‘UnBound’ a fashion as masks and social distancing allows. When more ‘homebound’ my morning routine is very much to do with catching up on the on-line news but when out and about I tend to avoid spending much time at my lap top or watching television. Who can blame me? The news is unremittingly gloomy. The litany of political shenanigans either side of the great pond making it blindingly obvious that there has never been a time when both US and UK governments have been staffed by such mirror image small minded, elite kowtowing, climate denying, Bannon/Cummings brown nosing ideologues as we have now. The gradual sliding into the second/third wave Covid crisis just highlights the administrative incompetency of both cabals. Putting aside political considerations, their managerial and organisational skills are mind bogglingly inept. I hated Thatcher’s ideology and thought she was genuinely evil (and still think lest you think my glasses have become misty and rose tinted) but at least she was a competent manager. The words ‘Johnson’ and ‘competent’ are as likely bedfellows as ‘Thatcher’ and ‘compassion’ (or, for my Nigerian friends as ‘Buhari’ and ‘articulate’).

If Covid spikes at home and abroad were not bad enough watching the west coast of the US burning at the same time that the east coast is flooding while the Orange Shitforbrains blames everything but the truth is even more terrifying. Last week’s “United in Science” Climate Change report makes horrific reading as it is clear the Covid induced slowdown in the world’s economy has done nothing to slowdown global warming. Sea levels are rising much faster than ever recorded as between 2016 and 2020 the rate of increase was 4.8mm per year, compared to 4.1mm recorded between 2011 and 2015 and sea-ice in the Arctic has continued to decline, at a rate of 13% per decade. The five years of the period 2016 to 2020 are the hottest on record and as we enjoy the benefits of what used to be called, somewhat dubiously, an Indian summer, who knows what weather aberrations will hit us over winter? 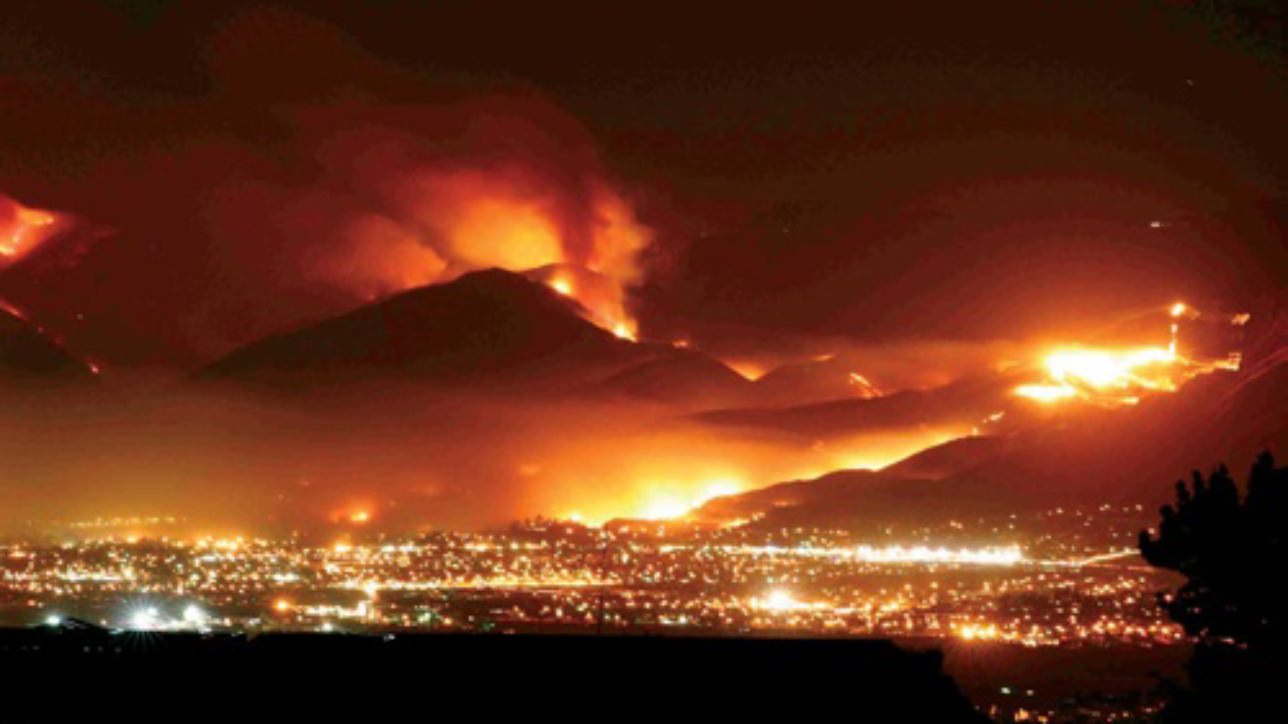 According to Trump all this is the fault of poor forest management – the dry climate and global warming has nothing to do with it. Never mind Californians, if there’s no water left in your tap Nestle will sell you some!

What makes a Suburban Crisis?

Anyway, having come home from my travels I am delighted to see that the good ‘socially liberal unless its on my front door’ burghers of Chiswick have at last roused themselves to engage in the major issues of our day. I returned to find a storm of social media complaints, letters to the press, placards on the streets of various West London suburbs and burning indignation on all the on-line and local newspapers? Is it Climate Change or the collapse of our environment and the impact on natural diversity? Or maybe a demand to better protect our children in schools by increasing Covid restrictions elsewhere? Or is it the Black Lives Matter movement and the disproportionate effect of the virus on people from minorities who work in the NHS? No? OK, maybe it’s the massive increase in economic inequality during the time of corona to the benefit to a tiny group of billionaires amid growing signs of serious British political corruption? I give up. So, what is the issue so exercising the moral indignation of West London’s masses? The answer of course is ‘no longer being able to park where is most convenient to me or take my usual short cuts’.

Now, I am not going to get into the whys and wherefores of specific local new traffic restrictions and the introduction of new cycle lanes across London. I have spoken before of the need to improve the lot of pedestrians and cyclists and improve the nature of our streets and open spaces even if it is at the expense of ‘yummy mummies’ dropping off their darlings in their gas guzzling 4×4’s and the entitled middle aged, male Mercedes driver who believes he should park wherever he wants when he wants – so my colours are not only pinned to the mast, they are flapping wildly in the firestorm winds of our burning planet. True, Hounslow (and many other Councils apparently) have been as inclusive in their consultations and as clear at communicating the new rules as Hancock giving a news conference wearing Cummings’ underpants as a facemask but the new measures have barely been given a chance. Over stated dooms day laden descriptions of gridlocks “I was in the traffic for 12 days” (ten extra minutes) or the total collapse of the High St “Turnham Green Terrace is a ghost town” (it was pretty empty last Monday) are overblown. It would be easy to call these the panic laden howls of the NIMBY Biddolph * Brigade but I do recognise there are genuine fears amongst traders on effected shopping streets, in particular. However, as poor as the Councils’ implementation is, they should be given time to settle down and – here is the rub of my argument – they should be seen as a small response by an underfunded and underpowered local government to much bigger issues.

So, instead of mobilising and knickers-twisting about a weak response to a bigger crisis we should be out there screaming and shouting about these bigger issues themselves. Government and big business’ response to the climate crisis and looming extinction event just for an example. When I drove back from my travels last week (I should admit that while I normally go by train, I hired a car for this jaunt) I noted that after about 500 miles of mainly rural road driving there were almost no insect smudges on my windscreen or front grill. In the countryside of my youth a walk was accompanied by an orchestra of bees, wasps and other flying pollinators – today, almost none. 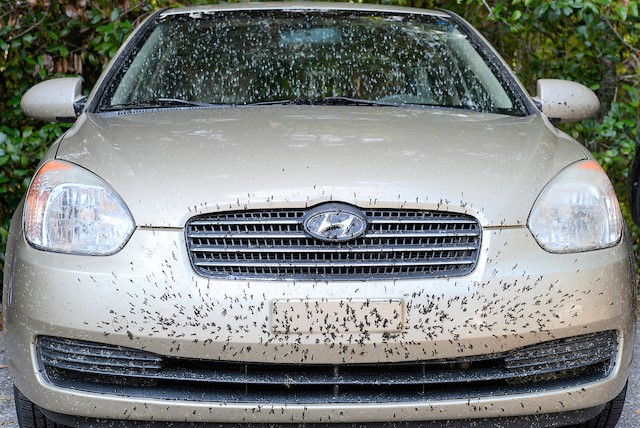 The days when a drive in the countryside meant a car front of dead insects is a thing of the past – where are the pollinators now?

That evening, when I settled down at home I watched BBC’s “Extinction: The Facts” (still available on iPlayer). A courageous, if immensely disturbing piece of television if ever I saw one. One of the programme’s aspects that I found most disturbing was the impact on the UK’s insect life of decades of chemical based and mono-culture farming. Especially having just borne witness to this truth myself. I do get upset at films of wild life facing human elimination, deforestation and the destruction of bio-diversity ** but this is really close to home. This is the threat of the disappearance of the English countryside that I hoped my children’s children would be able to enjoy.

Talking of my children, I am inordinately proud that both of my sons are climate politics/environmentalist activists. Tom, the oldest, is a Wildlife Filmmaker in Bristol and is outspoken about the need for his industry to make more hard hitting and truthful nature programmes that focus on the existential risk to the planet of bio-diversity loss rather than those films of animals in locations under severe threat without explaining the context or the danger of extinction. He wrote a review of the Extinction programme for a local Bristol newspaper in which he talked about this issue and how we should do more in response. Responsible active programmes of this kind can have a major impact in persuading people to become engaged – as Tom said: “The final programme in the 2017 Blue Planet 2 series did focus completely on the issue of plastic pollution – and it did a lot to change the nation’s attitude to single-use plastics.” In his article he encourages us to watch and share this more hard-hitting BBC output and do everything we can to persuade more programme makers to make ‘truth to power’ documentaries about the impending catastrophe and put pressure on business and governments. After all, as the articles says, it is increasingly clear that there is a “connection between ecological crisis and the issue which currently grabs the front pages: Covid-19. And it was incredibly poignant timing that this programme went to air just before the latest report by the UN Convention on Biodiversity was published this week, with its damning judgement of world governments’ devastating failure to act on biodiversity loss.”

I honestly think that we should be as angry about Climate Change as we seem to be about 20 mph speed limits and traffic calming measures in our side roads. We should be pressuring governments at every level to take the necessary steps to help stem rising sea levels and protect disappearing habitats. We should be demanding legislation to force big business – whether big Pharma, fossil fuel, farming and food production, banking or the construction industry to be more responsible and put environmental issues at the heart of their decision process. So, my dear West London neighbours – THESE are the issues that should have us out on our streets with placards. These are not inconveniences; these are issues that will decide the future of the planet that all our children depend on.

Tom’s article and the best way to support programmes like “Extinction: The Facts” is here –  https://www.bristol247.com/opinion/your-say/as-a-bristol-wildlife-filmmaker-im-delighted-that-extinction-the-facts-has-finally-been-made/

You can just watch David Attenborough talking on the programme’s Trailer here  – https://www.youtube.com/watch?v=Xrr78bsojDI

There is no music video or Vinyl this week but who knows which song the epigram comes from? So, the next Blog will explain that connection and answer the question that if my mate Rod in Nigeria reads this will no doubt be asking – which version will I play?

* A Tory Councillor for Chiswick determined to turn the clock back to the 1950’s.

** Don’t even get me started on the bio-diversity, deforestation and environmental disaster that are Nigeria!