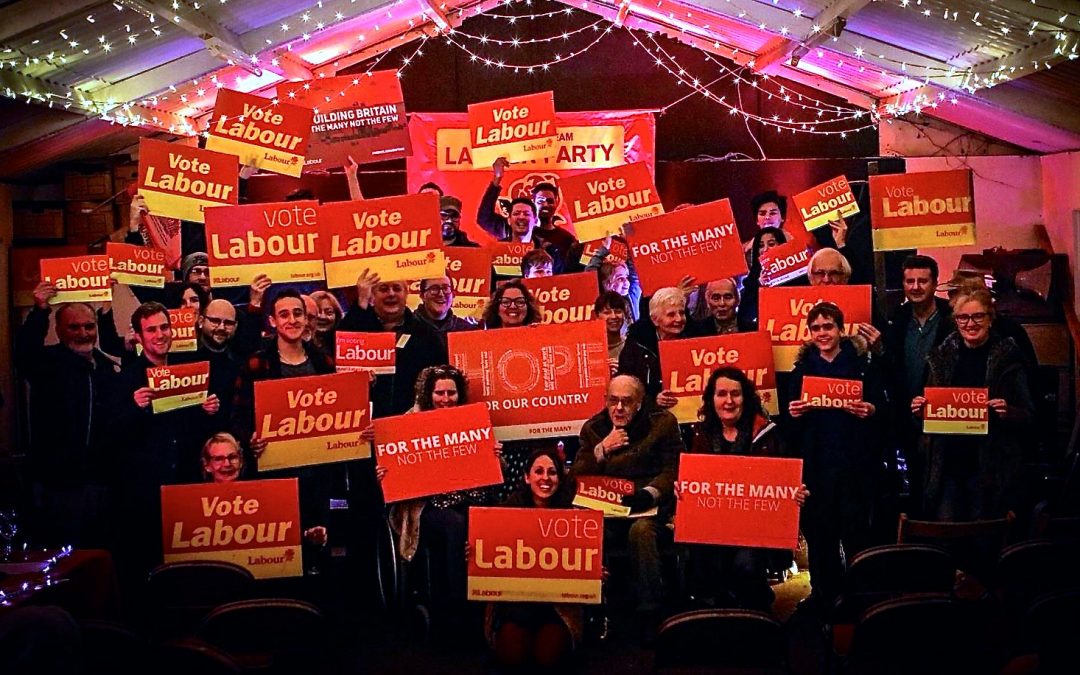 In the first part of this Blog I wrote about how my mate John’s personal tragedy has contributed to the intensity of my feelings about this election. In the last paragraph I wrote, “Our Society, driven by the most recent Conservative and Labour Governments is losing any sense of compassion.“ It is the utter lack of compassion and lack of regard for anyone but their elite of Johnson and his Bullingdon style cohorts that has turned me from a wishy-washy liberal into espousing socialist principles.

So, am I using John’s story for a political agenda.  Yes.   John’s treatment at some stages was costing over £6,000 pounds a day.  Let’s be clear, if Johnson gets to offer bits of the NHS up to the American market the cost of services and drugs will escalate drastically and people needing that kind of treatment will lose it – even our NHS will not treat someone for a prolonged period for £15 or £20k a day which is what John’s treatment would become.  The Tories deny the NHS is ‘up for sale’. This is disingenuous if not a downright falsehood. The US medical lobby, led by the Pharmaceutical companies, is incredibly strong, politically connected and well funded. If you doubt me just look at the history of the Sackler family and the Opioid crisis or just Google “US Pharma indictments” to understand the wave of heavy-duty interests desperate to head over the Atlantic. As soon as any trade negotiations start taking place their paid-for Congressmen and Senators will be making sure the NHS is opened up to the US Pharmaceutical giants and the medical service providers – average cost of hospital birth (with no complications) $10,000, average emergency ambulance call out $2,500 and so on.

John believed in the NHS and the amazing treatment he had.  So, I know he would approve of this blog and I have absolutely no bones about using his example when seeking to support the NHS. Let me restate my point. This bunch of Tories have made statement after statement that shows their contempt for people who rely on the NHS, who are disadvantaged, disabled or homeless, people who use food-banks, workers on Zero hours and so on. They are more interested in ensuring wealth gets created at the expense of these kinds of people, what I might call ‘ordinary people’ and delivered to the elite. The elite that is spending millions on social media, that owns 80% of the printed press (since the mail bought the “I”), that paid out £45 Billion in City bonuses in 2017 and is betting on a Hard Brexit making them more billions

I want to return to the word compassion. Maybe its because I am just getting old and soft but I despair walking round my affluent home town of Chiswick or, let’s face it pretty much anywhere in Britain, at the number of homeless. Talking to a few ‘Big Issue’ sellers and others it is appalling how many are on the street as a consequence of failed Universal Credit applications or were members of the armed services. I was on the tube last week and an Asian mother told one of her children to stand up for me to have a seat. Do I want to be part of a society that treats them differently or condones abuse as a result of their religion or ethnicity? What is the future of those children when Climate Change causes widespread collapse of local agriculture, mass human migration and the extinction of much of our flora and fauna, triggering a global economic collapse? Not such a problem for the elite but catastrophic for the majority of people on this planet. A compassionate society should take the welfare and the future of all members of its community into consideration. A compassionate government should seek to consider the welfare of the many and not the few. A compassionate voter should consider not just his or her immediate short-term interests but should look at the wider society he or she wants to live in. I will be voting for compassion and taking it personally.